An art exhibition chronicling Pudong’s major changes has opened to celebrate the 31st anniversary of its development.

The exhibition opened to the public on Friday, two days ahead of the Pudong New Area's 31st birthday, at the Being Art Museum.

A man takes a photo of an exhibit showing neon-lit Lujiazui. 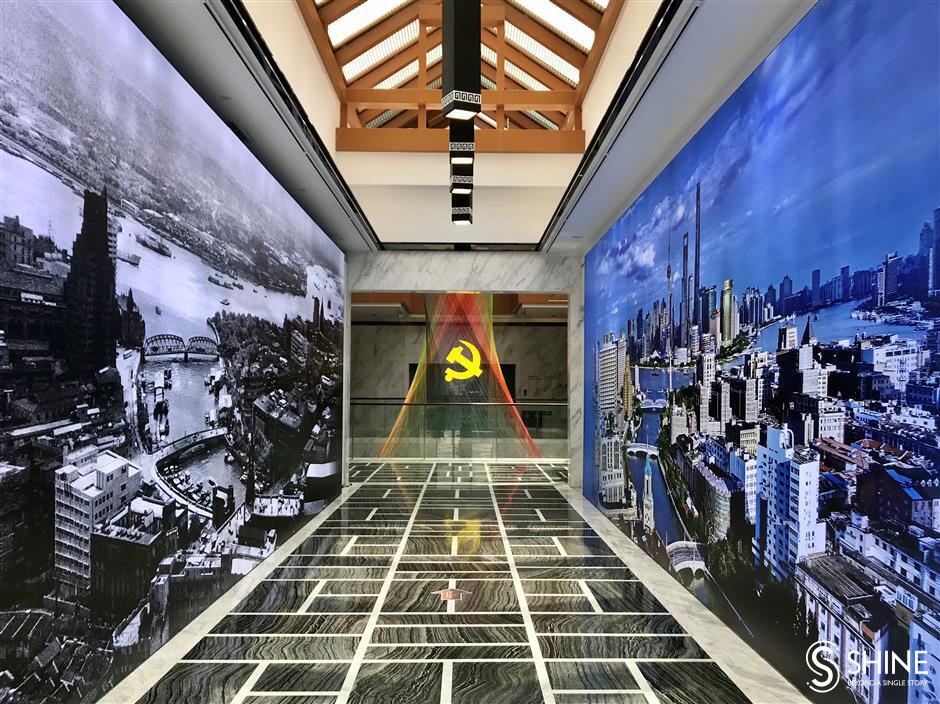 Photos show changes on the banks of the Huangpu River.

It features 1,210 items, installations, videos and photos in the 2,000-square-meter exhibition area, allowing people to experience an ever-changing Pudong through a variety of immersive experiences.

Neon-lit skyscrapers in Lujiazui and its changing skyline over the past century are on display.

Local resident Abass M. Laouali was interested in the models of Pudong’s skyscrapers such as Shanghai Tower, the world’s second-tallest, as well as its traditional gaoquan house, a local version of Beijing quadrangle courtyard.

“What really attracted me is the evolution of Pudong’s skyline,” Laouali, head of visitor relations and events of Dulwich College Shanghai Pudong said.

"It shows traditional housing in Pudong, and right next it there’s the incredible skyline of Lujiazui.

“That really impressed me the most. I mean in such a short amount of years we went from something that’s very traditional to one of the most modern places." 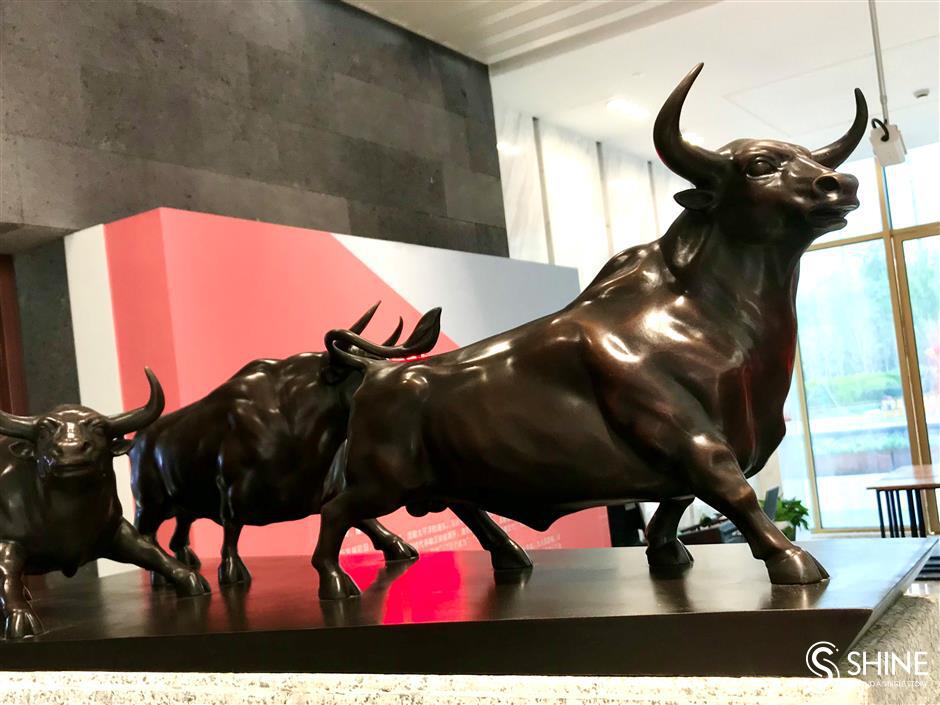 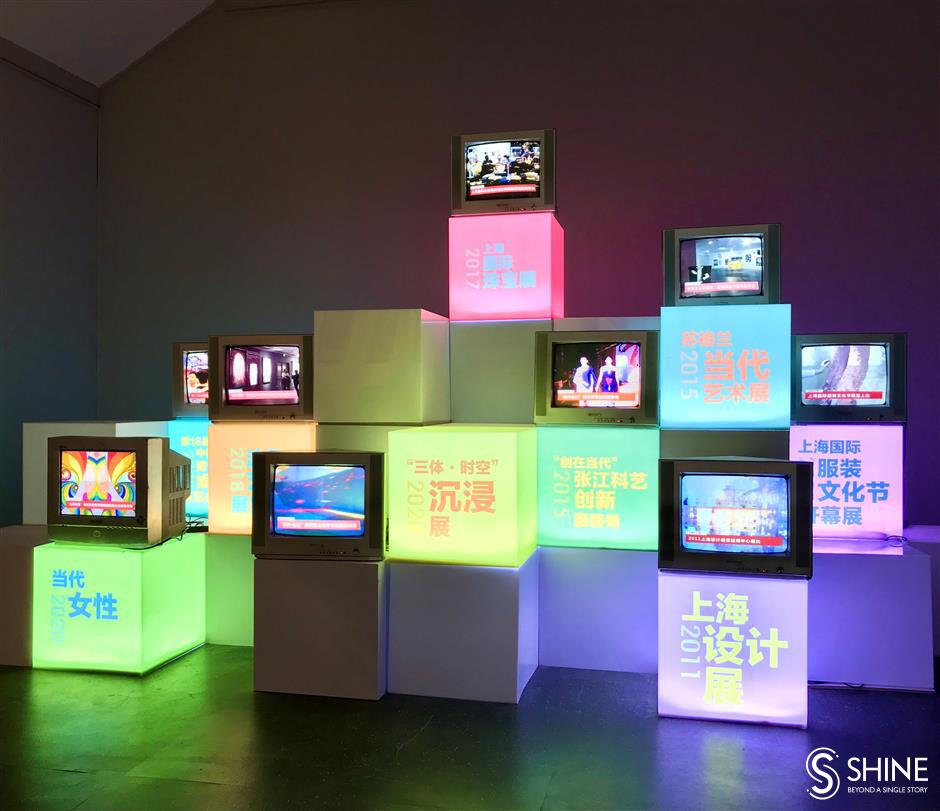 Books weighing 1,210 kilograms, as metaphor for Pudong’s total area of 1,210 square kilograms, are piled up. Overhead, there’s an astronaut walking in the air.

On the other side is a study filled with 1,210 manuscripts and drawings hung in the ceiling.

The design was inspired by Lin Yuanpei, the man behind Shanghai’s major cross-river bridges.

Lin, an academician of Chinese Academy of Engineering, has designed Yangpu, Nanpu, Lupu and Xupu bridges over the Huangpu River. One of his latest works is Donghai Bridge, one of the longest cross-sea bridges in the world.

“For generations, local engineers dreamed to build a bridge over the Huangpu River on our own, and finally my contemporaries and I did it," he said. "Our persistence has paid off."

Open free to the public from Tuesday to Sunday, it will run through May 20. 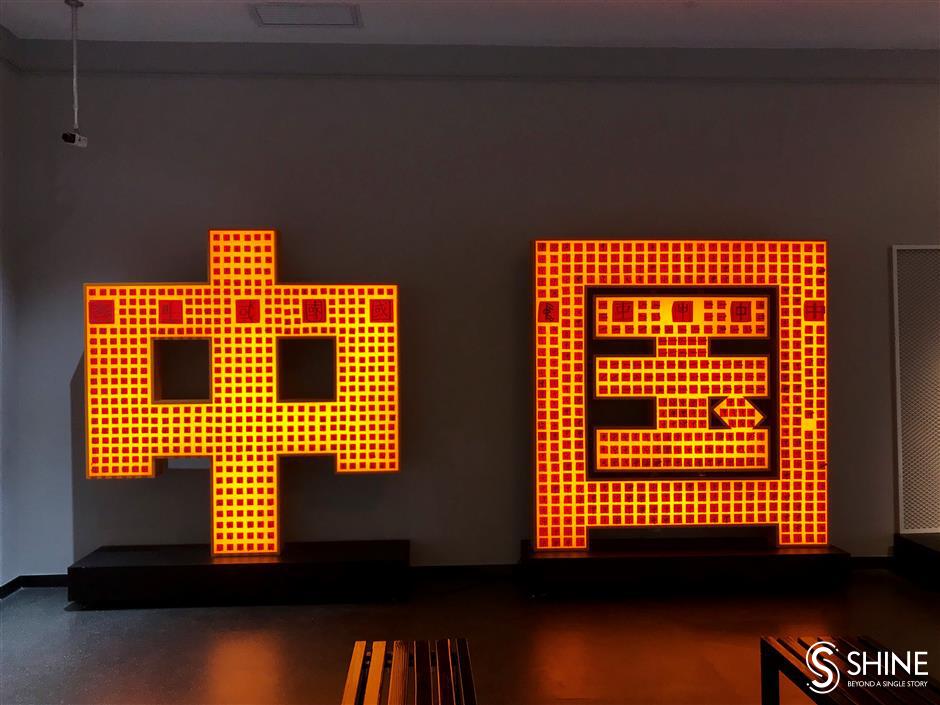