All aboard the Red bus to learn city's communist history

A volunteer introduces historical sites and the history of the CPC on the first tour bus setting off from the Site of the First National Congress of the CPC on Sunday.

A new tour bus line was launched in Shanghai on Sunday to take passengers around more than 20 local historical sites to learn the history of the Communist Party of China (CPC).

The first “Party History Bus Class” set off from the Site of the First National Congress of the CPC in downtown Huangpu District on Sunday morning.

Volunteer tour guides, recruited from local outstanding young people from all walks of life, introduce the history of each site and tell stories about the Party’s founding, China’s development and the Reform and Opening Up.

The bus tour will focus on the “CPC’s century-old history in Shanghai,” featuring historical sites on both sides of the Huangpu River, said Tang Jingsong, director of the publicity department of the Pudong New Area, one of the organizers. 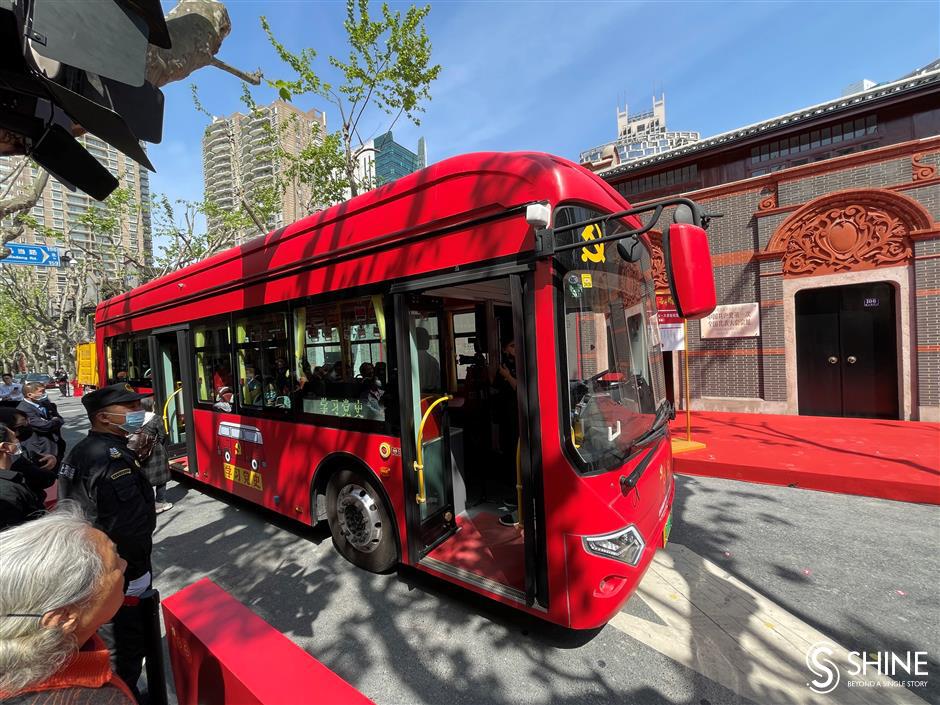 The site of the First National Congress of the CPC.

A single tour takes about an hour and a half, including a 50-minute bus tour and 30 minutes of video activities.

Some historical movies such as the “Children of Troubled Times,” whose theme song later became China’s national anthem, and the song “Story of Spring” about China’s Reform and Opening up will be played on the way. Passengers can get off the bus and visit the sites.

“Shanghai’s over century-old public bus network has witnessed the development of the city,” said Shi Zheng, an official with the Shanghai Bashi Group and one of the first batch of 15 volunteer guides.

“The bus tour allows passengers to communicate with the guides directly," said Shi. "We can also learn a lot from them."

Xie Bangpeng, another volunteer from the State Grid Shanghai Electric Power Company, said it is meaningful for him to review the history of the Party and his own guiding heart when he became a Party member through the event. 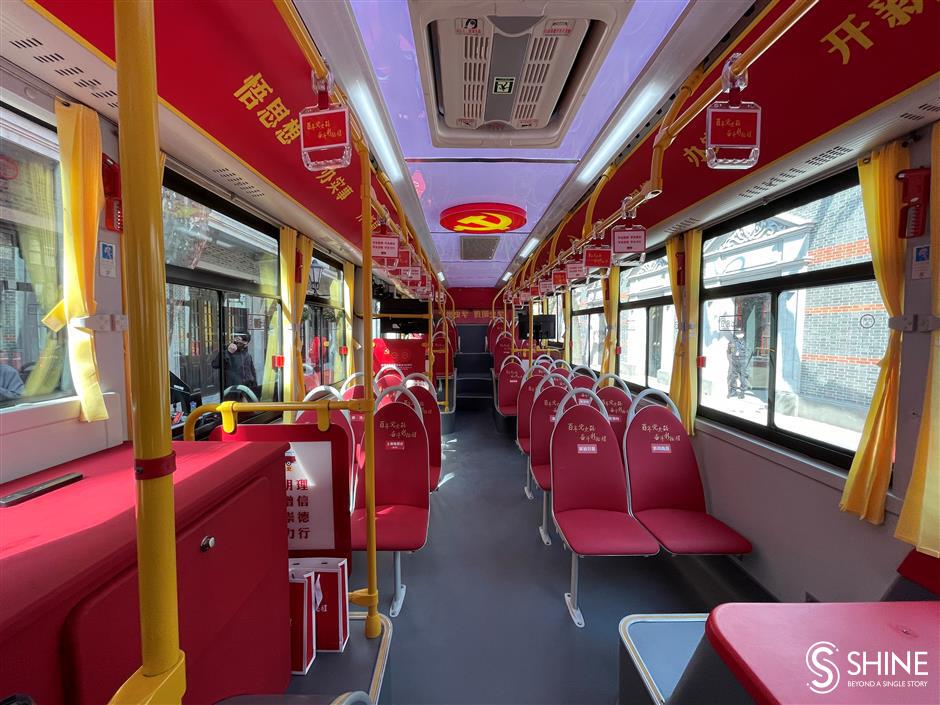 The bus is modern and comfortable.

Party organizations, companies and government bodies in Shanghai and Yangtze River Delta region can make reservations through the official app of the Pudong Media Center.

Additional volunteers will be recruited every month and 100 outstanding guides will be selected by the end of the year.

The event, jointly organized by the Pudong publicity department, Shanghai Media Group and the Site of the First National Congress of the CPC, is expected to be promoted elsewhere to celebrate the 100th anniversary of the founding of the CPC this year. 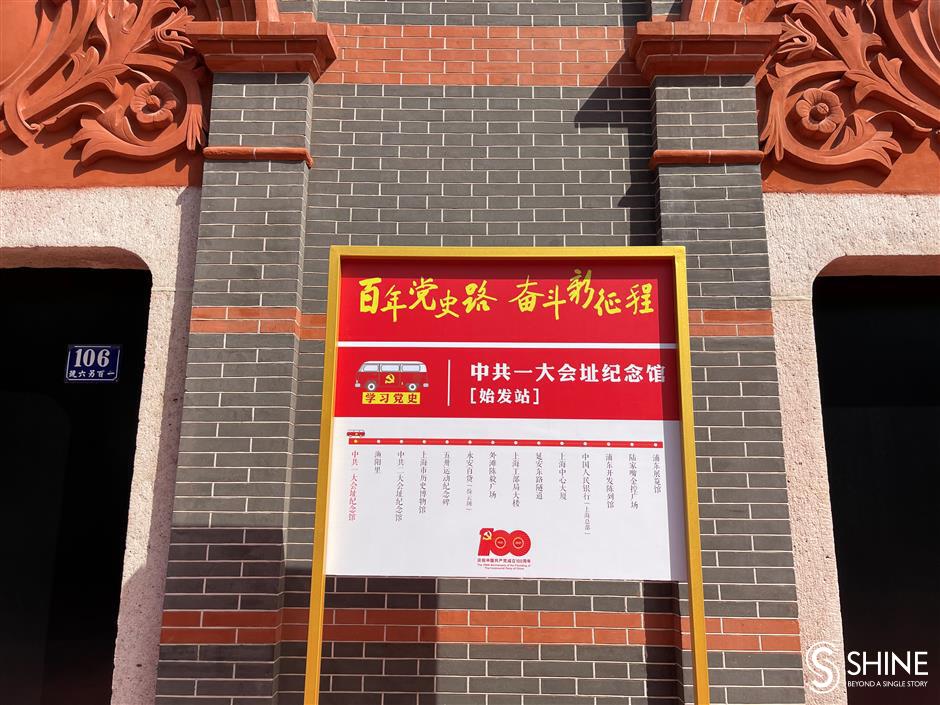 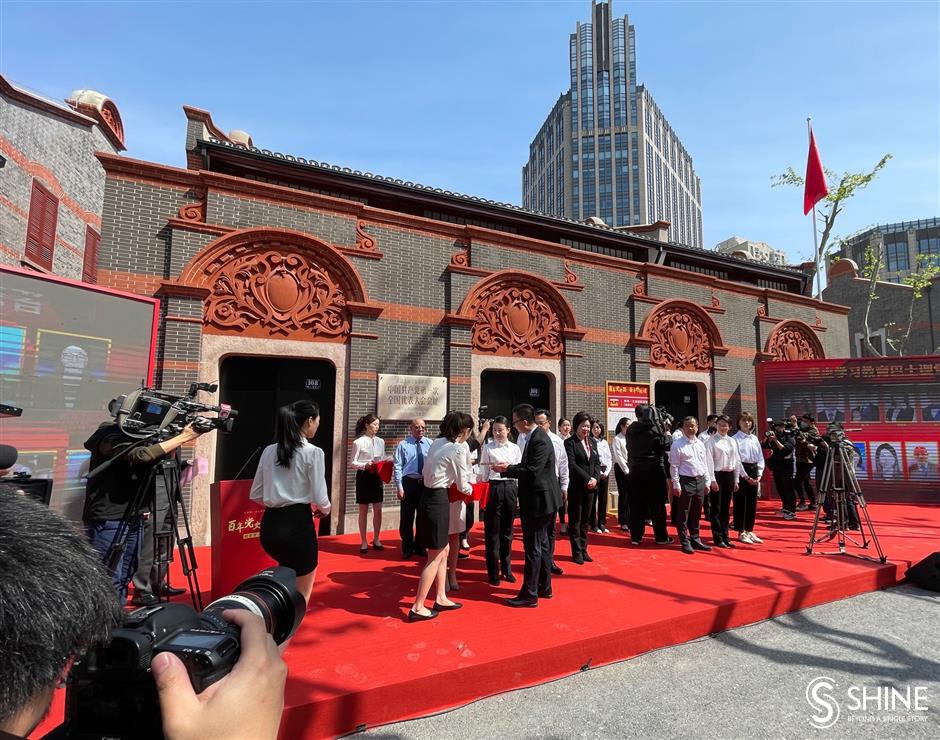 The first group of 15 volunteer guides.