New chapter opens on the power of reading 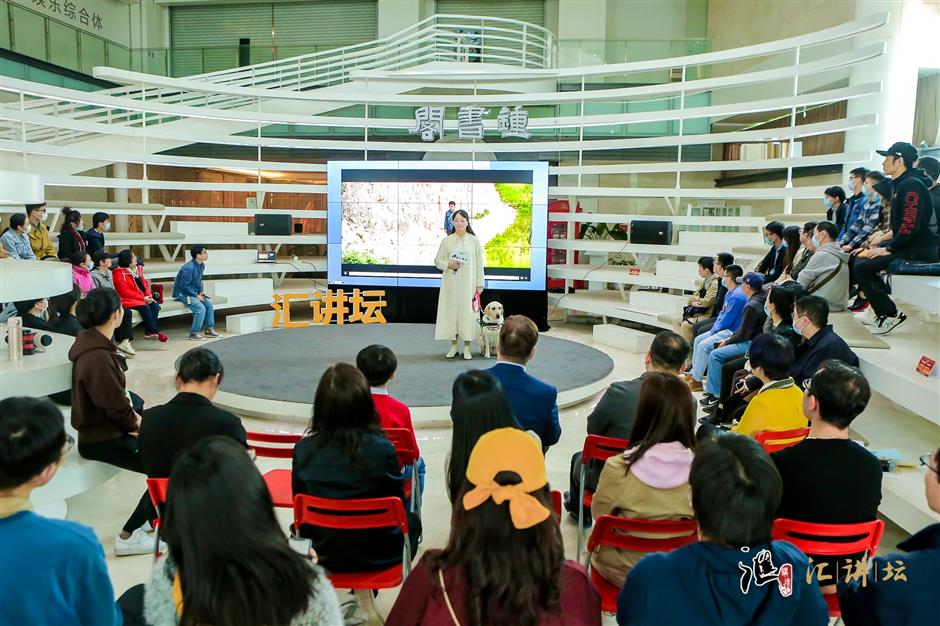 A local studio has produced some 260 movies accessible to the visually impaired thanks to descriptive scripts of non-dialogue scenes.

The barrier-free films are being broadcast at hundreds of community sites to benefit some 83,000 visually impaired people.

“Though we cannot watch, the descriptive scripts endow special charm to the movies,” said Han Ying, who is blind and the director of the Shanghai Voice of Light Audio Description Culture Development Center, the producer of the barrier-free films.

“These movies have become  imagery to us."

The center has made a number of barrier-free movies about the history of the Communist Party of China this year to celebrate the 100th anniversary of the founding of the CPC.

Han shared her reading experience in a public lecture in Xuhui District on Saturday to promote reading habits ahead of World Book Day on April 23. Other speakers included a local historian, a primary school student and a university teacher.

The lecture of the monthly Hui Forum themed on the “Power of Reading” was held at the Zhongshuge Bookstore on the West Bund waterfront, attracting dozens  and hundreds of online viewers. 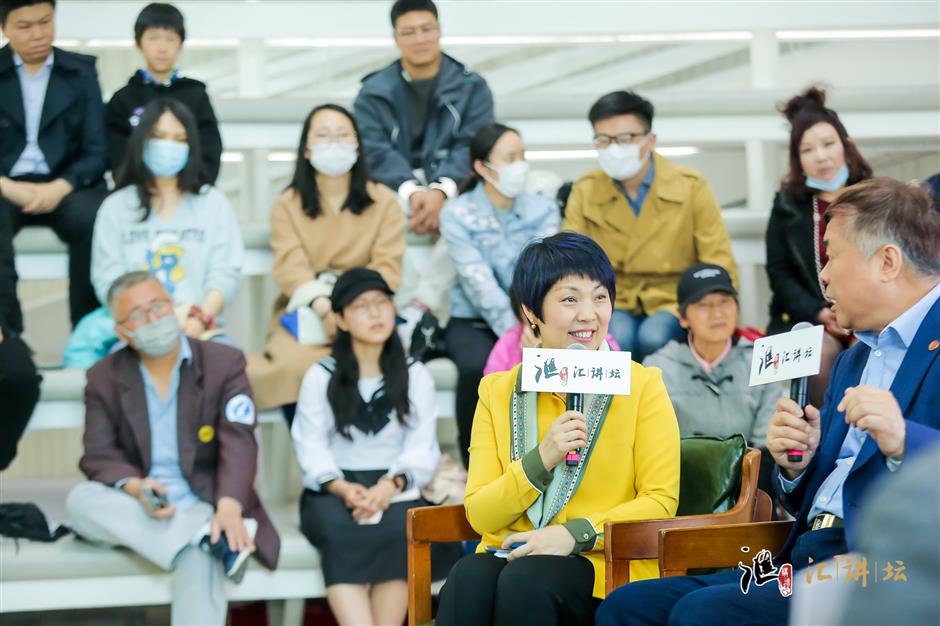 Experts at the Zhongshuge Bookstore, dubbed one of the most beautiful in the city.

Liu Tong, a history professor from Shanghai Jiao Tong University, whose recent book about the liberation of Shanghai has been well received, shared how to tell the history of the Communist Party of China in a vivid way.

He visited each of the historical sites of decisive meetings or battles of China’s modern history and interviewed local people.

“After checking the terrain and hearing the narrations of local people a historical battle can be depicted vividly,” Liu said.

Huang Jiachen, 10, an elementary school student and popular contestant of a Chinese poem competition on television, said interest is the biggest driving force for him to read and recite Chinese poems.

“I imagine the poems into beautiful paintings to help memorize them,” Huang said.

Zhou Ye, director of the Party school office of Fudan University, introduced the stories of Chen Wangdao, former president of Fudan who translated the first full Chinese version of “The Communist Manifesto.”

Chen finished translation in a shabby wood house in his hometown in Yiwu, neighboring Zhejiang Province in 1920. He worked on a temporary desk made of a bench and broken door plank. While concentrating on translation, he once mistook an ink stone for a bowl of brown sugar and dipped zongzi  into it.

“I recommend reading ‘The Communist Manifesto’ translated by Chen because it involves the key principles to our life and career,” Zhou told the forum.

Special Reports
ADVERTISEMENT
New chapter opens on the power of reading
They're off, half marathon returns with 6,000 runners
All aboard the Red bus to learn city's communist history
Yuyuan Garden has culture and arts festival 'down to a tea'
Shanghai through the eyes of Swiss expat Roman Kupper
2 new imported COVID-19 cases reported in Shanghai
All the streets of Jing'an a stage for public theater
Northern sandstorm brings moderate pollution to city
City's Taiwan residents eligible for free COVID-19 vaccination
Art exhibition celebrates 31 years of Pudong development
EXPLORE SHINE