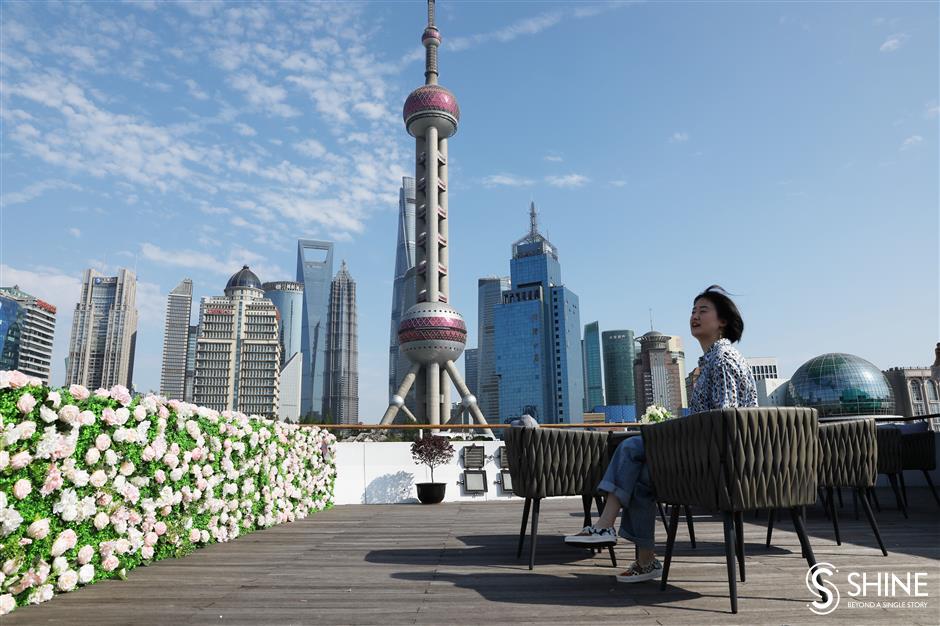 A passenger takes in the pleasant weather during a Tuesday cruise.

The iconic Huangpu River cruise tours will get more diversified this year to create a popular moving tourist destination and make cruises on the landmark river a world-class attraction.

Several new itineraries have been planned this year.

A three-hour cruise debuted on Tuesday which captures the essence along the banks of the river, such as the Waibaidu Bridge and Shanghai Tower, and blends afternoon tea with desserts served by a luxury hotel.

"We will provide more catering options based on the season, as well as a variety of scenery such as a crayfish and beer festival this summer to enrich people's experiences," said Hou. 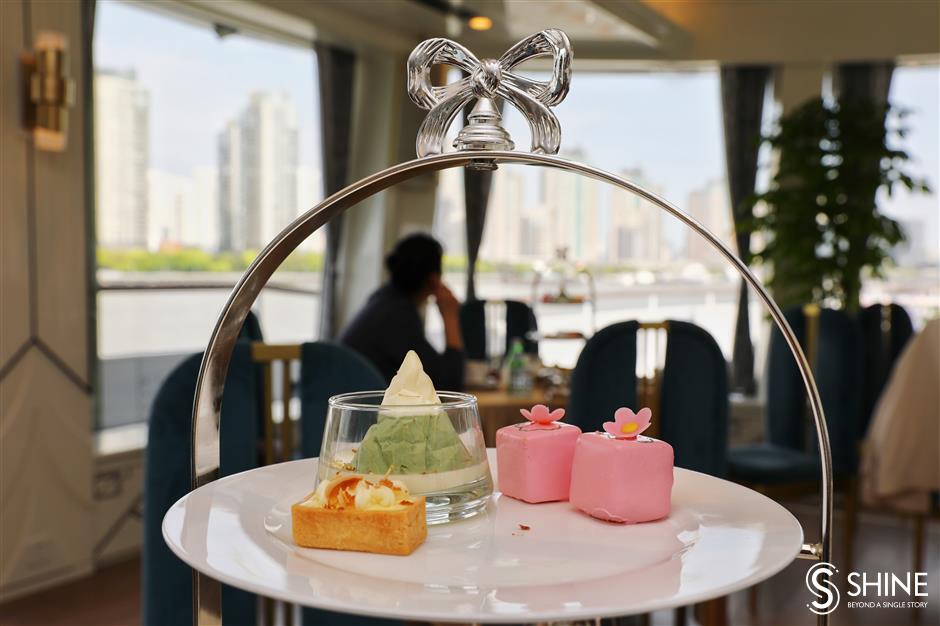 An afternoon-tea cruise was launched on Tuesday.

In May, a cruise route serving the 10th China Flower Expo on Chongming Island will kick into gear. Ships will depart from the Shiliupu Dock in Huangpu District for the one-day tour, ferrying passengers along the river during the day and at night, with Shanghai delicacies and beautiful landscapes of blossoming flowers.

The tour will combine both water and land tours with riverbank sightseeing and flower appreciation.

The luxury ship serving the expo has a capacity of about 200 passengers, and tickets go on sale in early May.

The flower expo will take place in Chongming from May 21 to July 2, and is the first to take place on an island.

Three water routes taking passengers on a journey to learn about the city's revolutionary past will soon be launched to commemorate the 100th anniversary of the founding of the Communist Party of China, featuring a number of "red" culture venues along the river.

The tours will also include a visit to the National Anthem Museum in Yangpu District and a walking tour along the riverfront.

People will see the industrial relics of Hongkou and Yangpu districts during the trip.

Onboard, they will learn about the history of the Communist Party of China.

Tailored cruises for wedding ceremonies and conferences will also soon be launched.