Children introduced to the poetry of TCM

Kids of today got their first taste of the ancient charm of traditional Chinese medicine in the run-up to the 26th World Book Day on Friday. 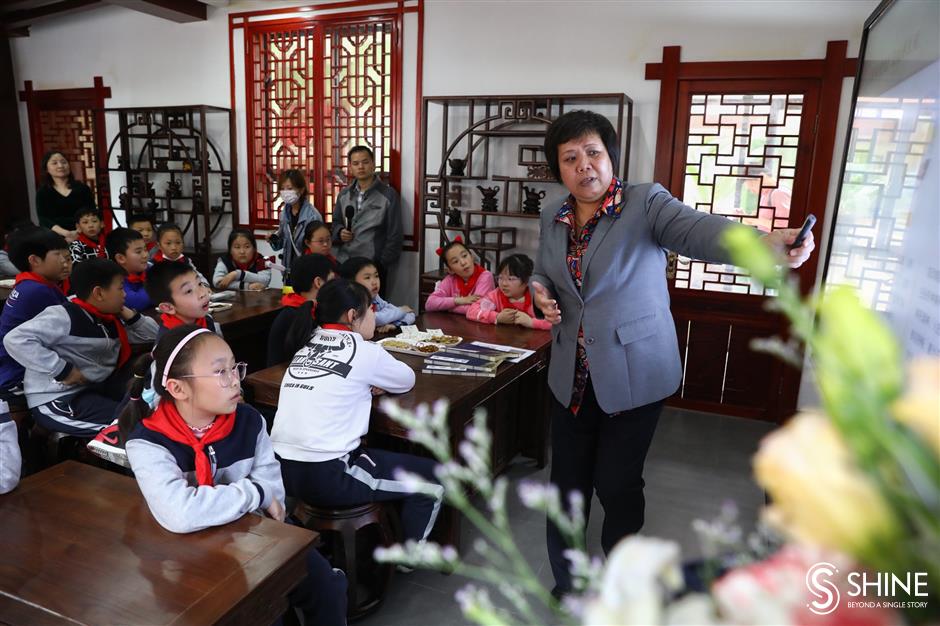 Local pupils get to know about TCM at a special event ahead of World Book Day.

“Tangtou Gejue,” first published in 1694, is a compilation of more than 300 TCM prescriptions written in style of poems as to appear catchy and approachable.

And “Huangdi Neijing” is the greatest and earliest Chinese medical classic. It was compiled over 2,000 years ago, and yet it is still used as a fundamental medical text for today’s TCM practitioners. A woodblock-printed version, known as the earliest and the best-preserved extant version, has been included in the UNESCO Memory of the World Register.

Wu Songwei from Lei Yun Shang West taught the pupils to read aloud one of the most popular poems from “Tangtou Gejue.”

The poem only has 42 characters in six lines. But it mentions four prescriptions simply using eight herbs, which dazzled everyone present.

These four herbs form an ancient therapy to treat stomach problems. By adding banxia (pinellia tuber) and chenpi (sun-dried tangerine peel), it turns to a new prescription to reduce phlegm, he said. 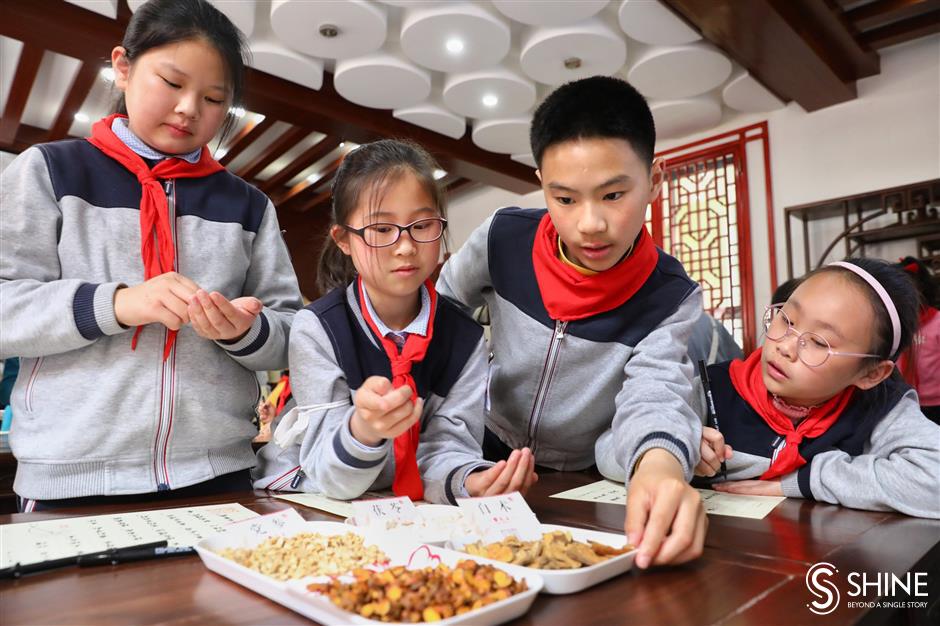 Wu also interpreted the complicated TCM theories from “Huangdi Neijing” lucidly and distilled experiences of how ancient Chinese people kept healthy into pithy tips. Every pupil got a calligraphy practice sheet printed with the tips to improve their understanding as well as calligraphy.

“There are so many in traditional Chinese culture to explore,” Pan said.

“It’s our first attempt to promote TCM to campus this year,” Wu said. “We hope to make TCM approachable to children and raise their interests in traditional Chinese culture.”

Lei Yun Shang West, now headquartered in Jing’an, has a history dating back 350 years. In recent years, it has held a variety of activities to promote TCM culture to all walks of life, such inviting local and overseas students to make their own herbal sachets at its flagship store adorned with antique ornaments on Huashan Road.