Local medical experts have revealed the results of a study of the efficacy and safety of the Shexiang Baoxin pill, a traditional Chinese medicine for patients with coronary disease.

The multi-centered, double-blind and placebo-controlled randomized clinical research, which covered 22 provinces, municipalities and autonomous regions, included 2,673 stable coronary patients and followed them for two years. It also conducted clinical trial registration in both China and the US, said Dr Ge Junbo from Shanghai's Zhongshan Hospital, who led the research.

The research showed that patients who took aspirin and statins as well as the Shexiang Baoxin pill had a 26.9 percent lower risk of cardiovascular disease than those taking the placebo and the frequency of chest pain was much lower after 18 months. Which testified to the pill’s long-term effect and safety, the experts said.

The research also found that people taking the pill had a similar incidence of kidney and liver-related adverse events as those taking the placebo. Another confirmation of the pill’s safety, according to the experts.

“The international-recognized research can help regulate and boost the development of traditional Chinese medicine and push the modernization and internationalization of TCM,” Ge said. 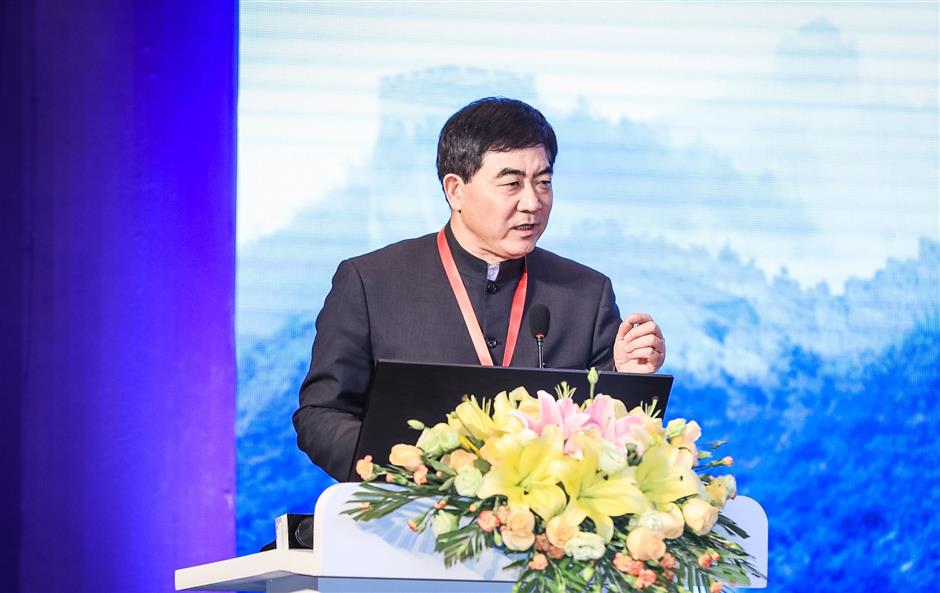 Dr Ge Junbo, a leading expert on coronary disease, announces the result of research into the Shexiang Baoxin pill.