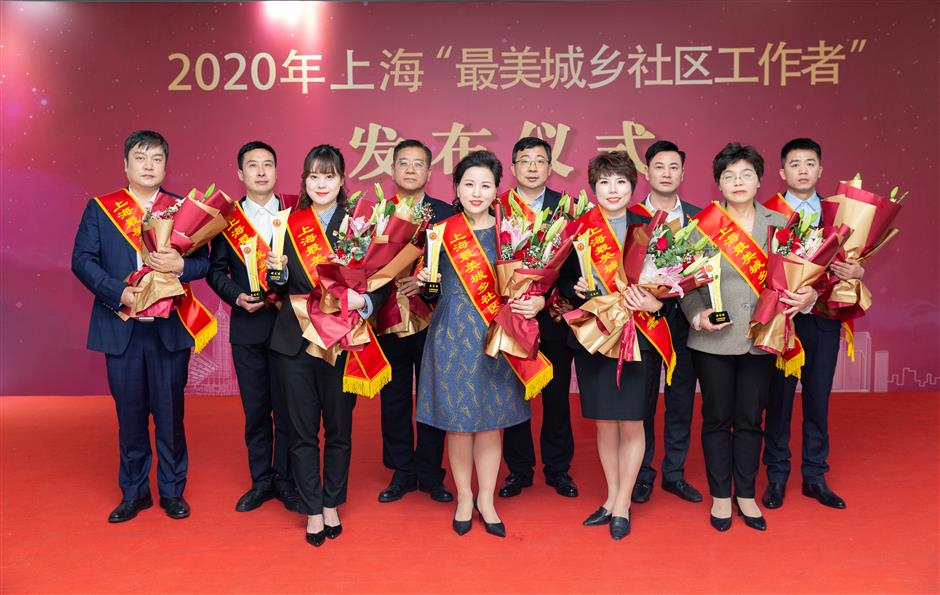 Ten community workers in the city were awarded today for their grassroots contributions.

They were crowned "2020 Shanghai's most beautiful urban and rural community workers" and received certificates from Shanghai vice mayor Peng Chenlei.

The Shanghai Civil Affairs Bureau launched a selection process in October, and the awards were granted based on recommendations, online voting and experts' appraisals.

It was the first time this kind of award event was held in the city, which will be an annual occurrence.

Shanghai has 53,000 community workers with an average age of 39. More than 88 percent have university or college degrees.

They serve the public, handle disputes, improve the environment of residential communities and safeguard social stability, the bureau said.

During the coronavirus pandemic, community workers have been even busier than usual, as they responded to demand for masks and imposed COVID-19 prevention and control measures at residential complexes and villages. 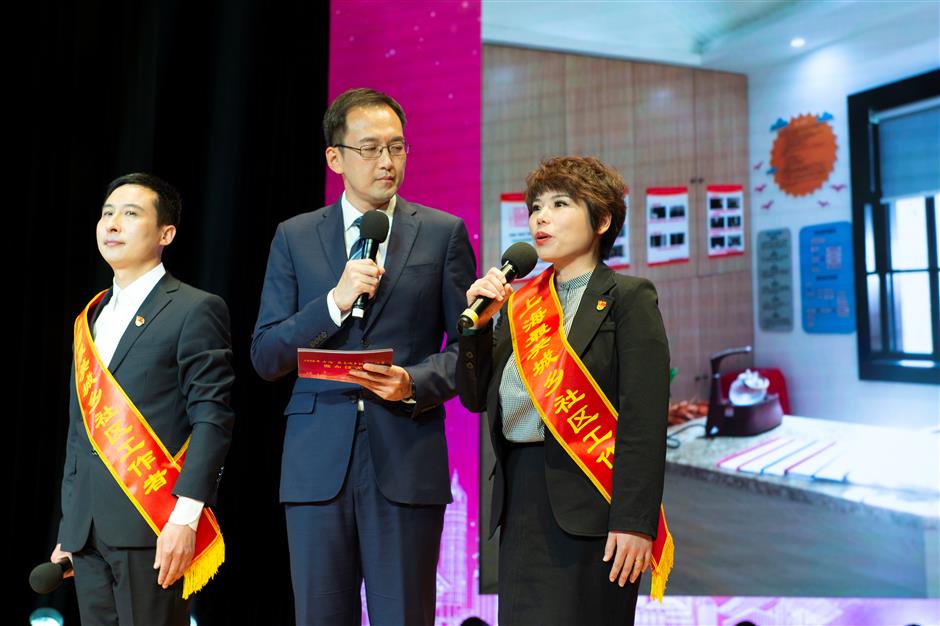 Among those awarded, Wang Chunhuan, 40, Party secretary and director of Dongxin Village in Jinshan District, has been working at the grassroots level for 16 years.

To tackle these potential hazards, Wang introduced intelligent technologies into the management of the village in 2019 – including a three-color-tier system based on fire protection facilities and housing conditions. Housing labelled "red" is prohibited from being rented until hazards are rectified.

"Villagers were confused at the very beginning, and I won their trust and cooperation with patient explanations," Wang said. "In the end, they were very supportive."

After one year, the fire occurrence rate dropped 100 percent and burglaries declined 83 percent.

Wang has developed a platform of hotel-like renting models in village houses to meet rental demand.

Later this year, a star-rating system will be introduced based on safety incidents, comments from tenants and landlord services.

"I was born in Dongxin, and although I worked downtown for some time, I still wanted to make contributions to the village," she said.

Last year, environmental upgrade projects were conducted in the village to transform it into a "garden."

"Seeing any slight change in the village is like seeing changes in my own home, which makes me very happy," Wang said. "My hometown is very beautiful." 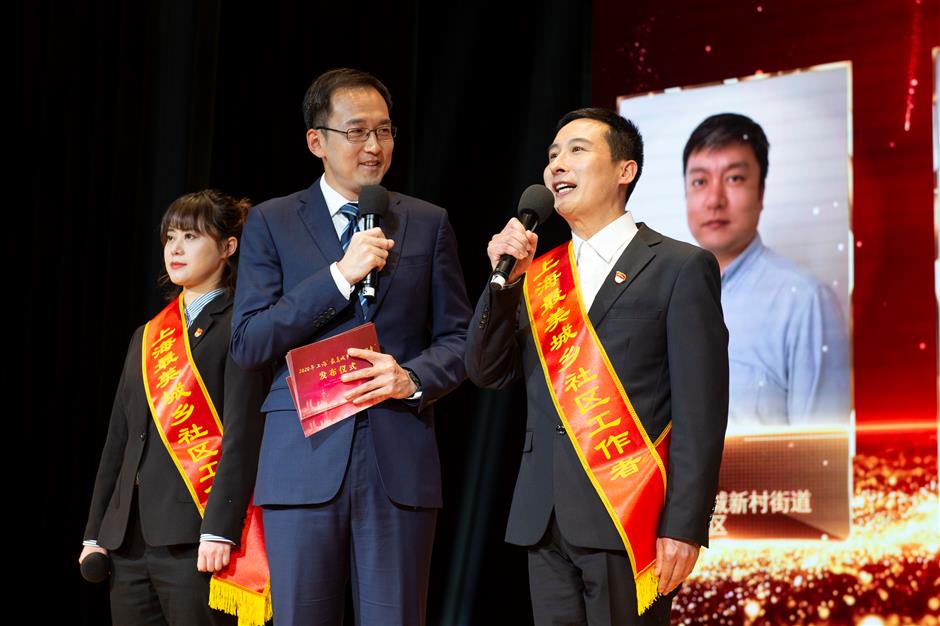 Lu Jianhua, another award winner, became a firefighter when he was 19 years old. After 13 years, he retired from the fire department and applied to work at the grassroots level. He now serves as the Party secretary of the Chuangzhifang residential community in Yangpu District.

When the city was hit by a disastrous rainstorm in 2015, more than 130 households in the community were flooded. Lu visited all of them one by one to deliver bread and water. He has scars on his feet from when he stepped into a shaft and bled seriously.

"It's my duty to solve residents' problems, and grassroots work is good training for me," he said. "The responsibility of community workers involves a wide range of issues – ranging from people's livelihoods to the environment – and we serve as a communication bridge that links different resources to better serve the public."