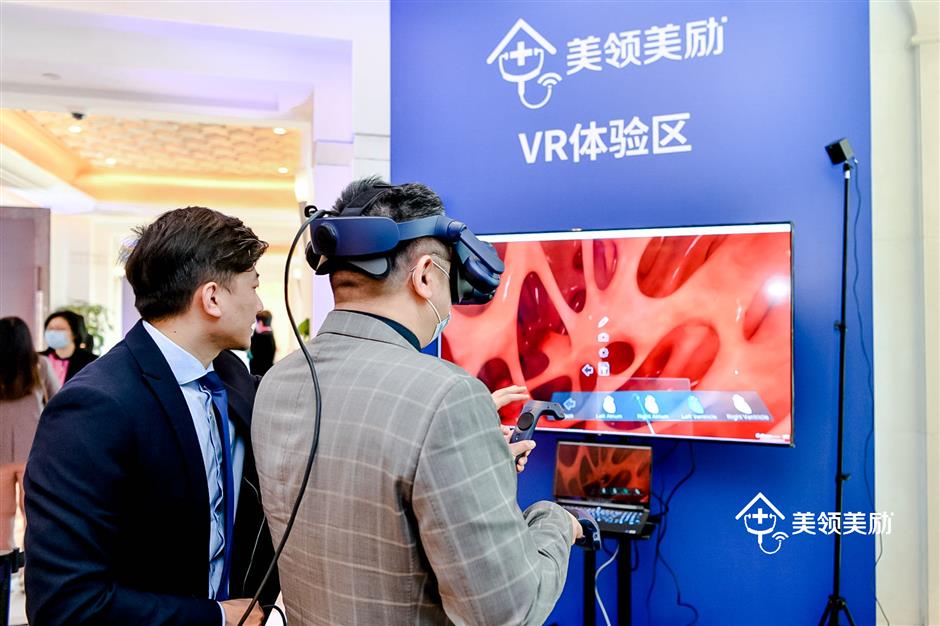 Guests try a virtual-reality medical application on the sidelines of the 2021 Greater Hongqiao Smart Medical Summit.

Patients with pacemakers in Changning District can have regular followup visits with their doctors at home thanks to a remote monitoring system that covers all the communities in the downtown district.

The system for cardiac implantable electronic devices (CIED) has helped reduce the frequency of hospital visits by 45 percent, while effectively relieving the mental pressure of patients who have to receive regular followup visits after surgery.

It is one of the smart medical services launched by Changning to cap its ambition to become a quality gathering place for the life and health sector in the Yangtze River Delta region.

“Changning will focus on the life and health industries between 2020 and 2025,” said Weng Huajian, vice director of the district.

“It will accelerate building the full industrial chain for the sector and attract innovative resources,” he told the 2021 Greater Hongqiao Smart Medical Summit on Wednesday. 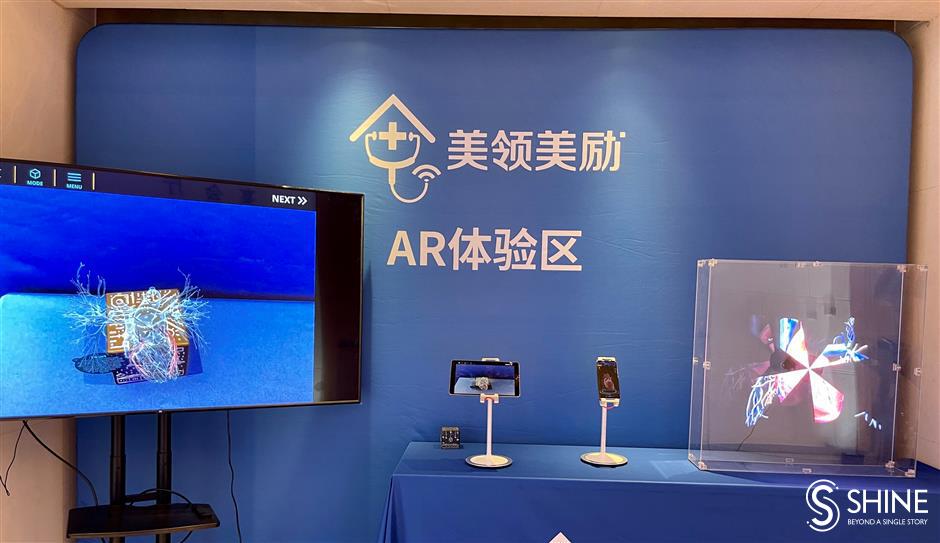 An exhibition about the remote monitoring system for cardiac implantable electronic devices (CIED) is on display.

The district with its dense population of about 690,000 residents is suitable for the promotion of intelligent medical technologies and applications, Weng said. A number of leading medical companies, including Sinopharm and Shanghai Institute of Biological Products Co, are based in Changning.

The remote monitoring project for patients with CIEDs was launched in the Hongqiao community in October last year, and has been promoted at five community service centers across Changning.

“The innovative project is expected to relieve the pressure on city-level hospitals, while enhancing big data analysis through the smart system,” Qiu Zhaohui, director of the cardiovascular medicine department of Tongren Hospital, told the summit. 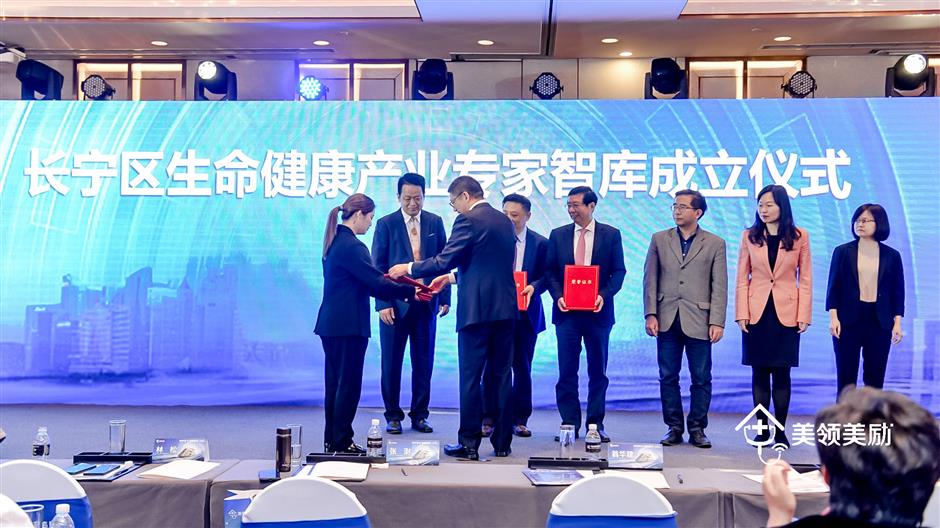 A group of experts are appointed to a think tank to cap Changning's life and health industry.