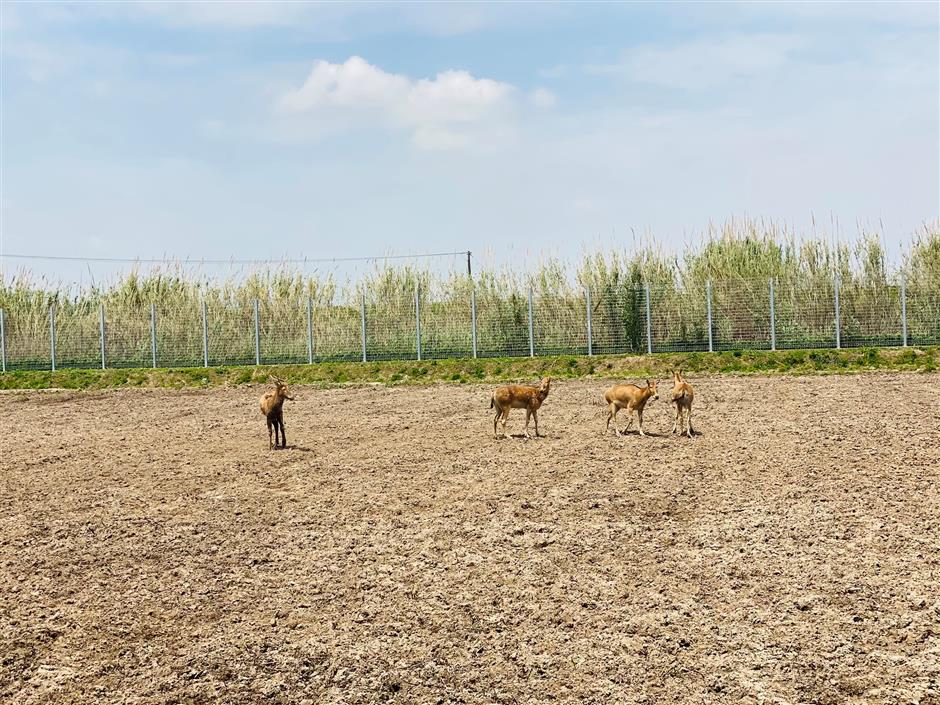 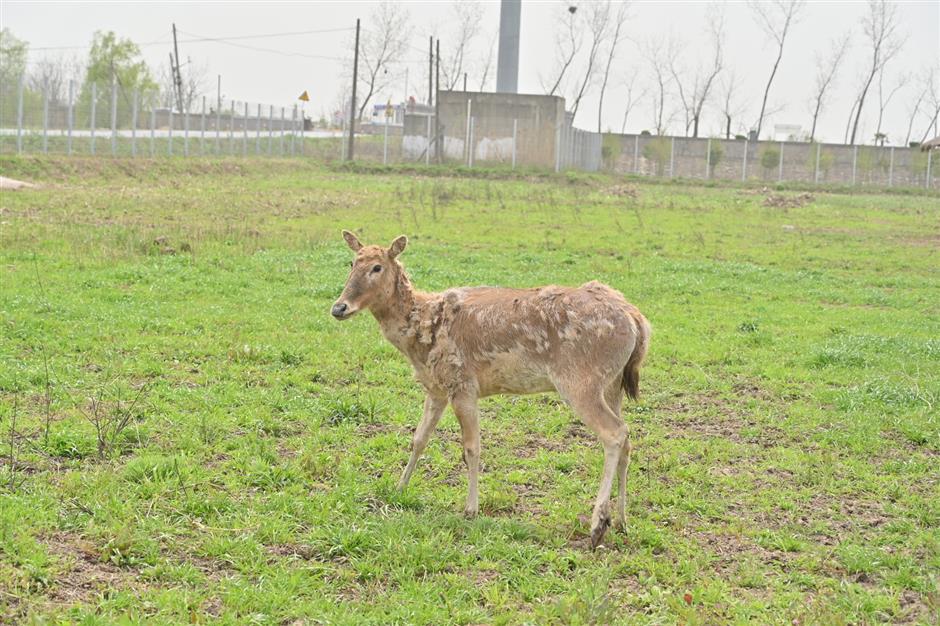 Elks feature the characteristics of four animals yet look unlike any of them.

Shanghai's first habitat for elks is being established at Xincun Village on Chongming Island, the city's greenery authorities announced on Thursday.

The habitat, mostly farm fields and forests at present, covers about 210,000 square meters, according to the Shanghai Greenery and Public Sanitation Bureau.

Two female elks in good health were taken there recently from Shanghai Zoo, which has four elks, one male and three females.

The goal is to restore the elk population and the biological diversity of the island and conduct research into their release into the wild, the bureau said.

The habitat will comprise five areas including a living area and one for education.

It will be open to the public for people to learn about elks and see how they live. 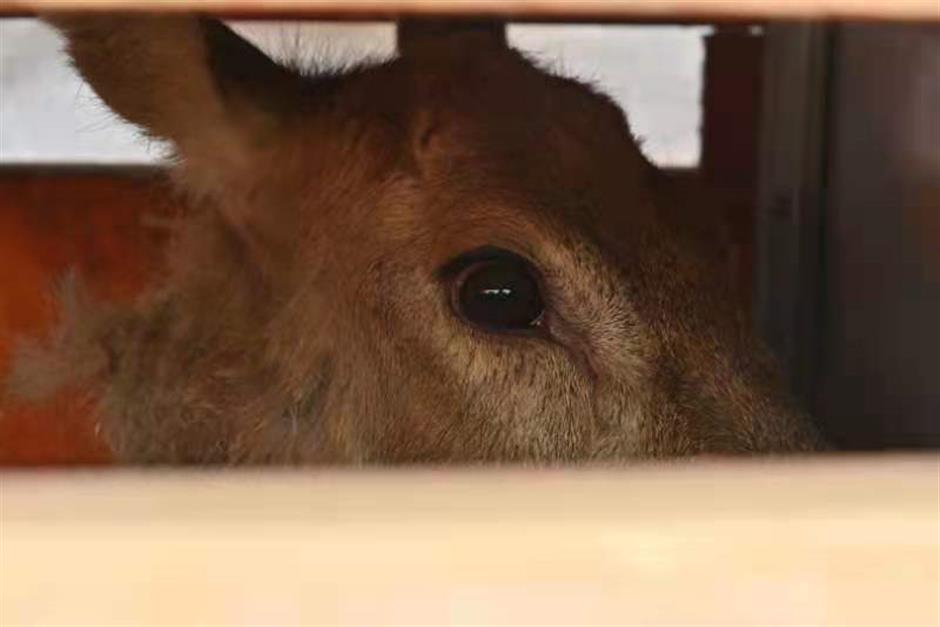 One of the elks in its new habitat.

In ancient China, people called elks “sibuxiang,” which means they featured the characteristics of four different animals but didn’t look exactly like any of them — the face of a horse, the antlers of a deer, the neck of a camel and the tail of a donkey.

The middle and lower reaches of the Yangtze River were once their habitat and Shanghai was one of the places where they became extinct.

They mainly lived in the plain and marsh regions of the Yangtze and Yellow rivers and originated around 2 to 3 million years ago.

Due to shrinking habitat and hunting, elks gradually became extinct in the wild.

In the late 19th century, the only elks living in China were kept in a royal hunting ground in Beijing. Then, some were killed and the rest transported to Europe.

The population will be expanded in Shanghai as the elks adapt to their new environment, the bureau said.