The 41-kilometer line will be built in Jiading and Minhang districts to provide a fast link between Jiading New Town, the Hongqiao transport hub and Minhang.

Including Hongqiao station, the line will have seven stations in Jiading and eight in Minhang.

The Jinyuan Road (No. 5) station is marked as Lexiu Road station on the current diagram of Line 14 which is under construction and expected to open by the end of this year.

It will also be interchangeable with Metro Line 25 at Huxing Road in Minhang in the future. This Metro line was planned for the period from 2017 to 2035, but its location has yet to be announced.

According to earlier plans, construction of the rail line will take six years and cost US$5.7 billion.

Including it, nine Metro and urban rail lines have been planned for the city from 2018 to 2023.

The EIA report in Chinese can be found at https://xxgk.eic.sh.cn/jsp/view/index.jsp.

People who have views on it can email huanjinpinjia@126.com. 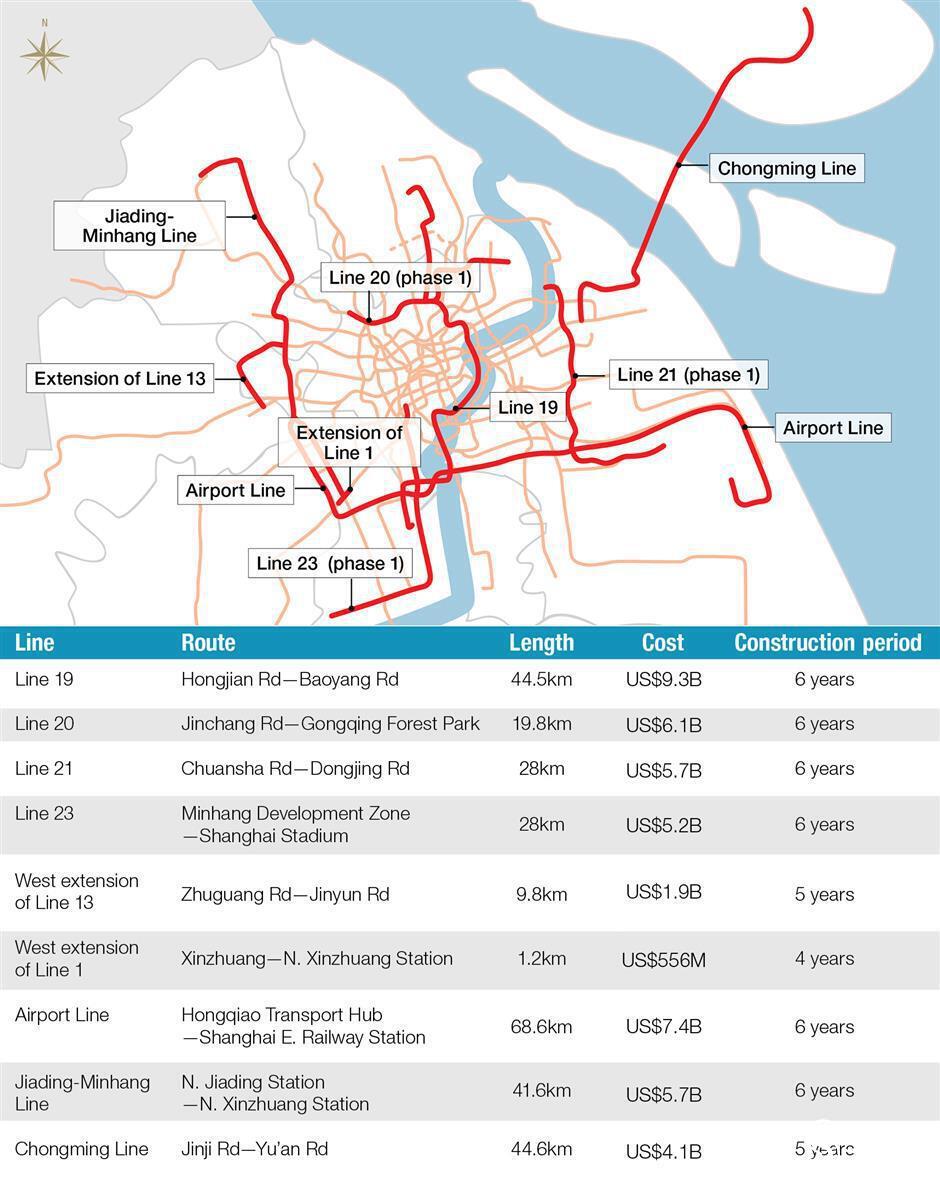 The nine Metro and urban rail lines planned for Shanghai from 2018 to 2023.