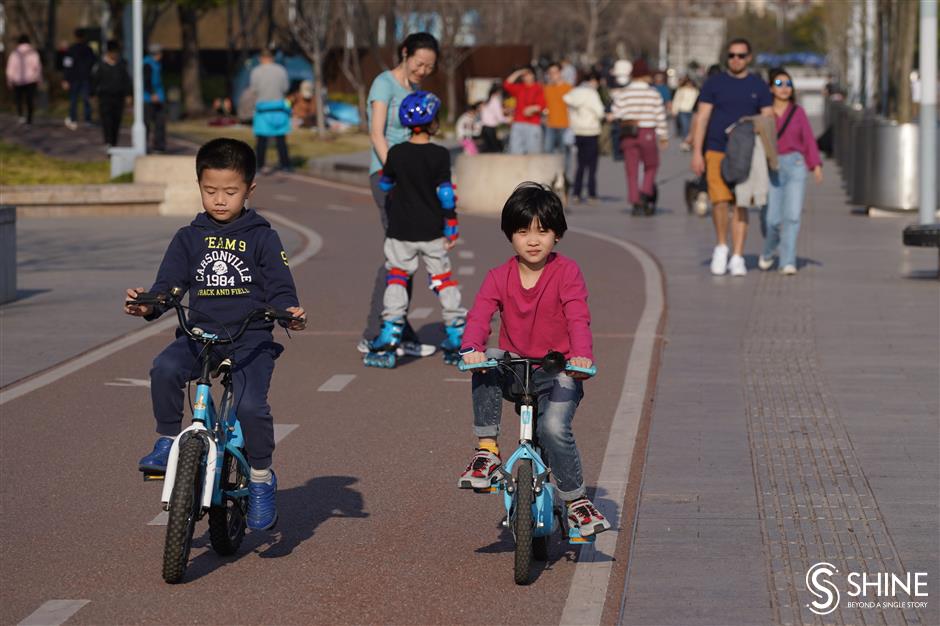 Children ride bikes at the West Bund in Xuhui.

Xuhui has been the city’s commercial and recreational hub dating back to the Ming Dynasty (1368-1644). Stores selling rice, cloth, food and commodities popped up in the Xujiahui area, or Zi-Ka-Wei, named after the scientist-scholar Xu Guangqi who buried his father there.

The Longhua temple fair was introduced during the dynasty for worshipers who would visit the temple around March to commemorate Maitreya Buddha, who is said to have given sermons in the temple. The fair gradually developed into a prosperous trade market in East China.

The Xujiahui commercial street was originally formed in the 1960s with the Hengshan Cinema, Xuhui Theater, hotels and shopping malls as well as historical observatory and meteorological bureau.

The downtown district now aims to restore its prosperous commercial ambiance over the past centuries by boosting tourism and consumption with festivals, events and support measures.

The 2021 Xuhui Culture, Tourism and Consumption Season was launched on Thursday with a series of events in reading, travel and recreation to further boost its abundant tourism and commercial resources. 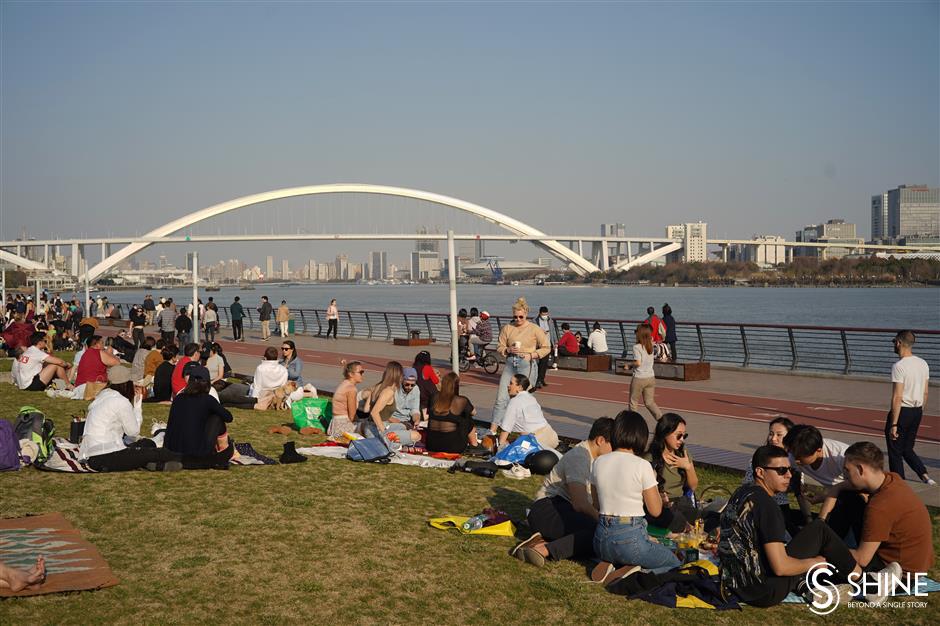 Citizens and tourists on the West Bund waterfront.

The seasonal event through July will involve all the major cultural venues and commercial complexes across the downtown district. They are mainly in Xujiahui, Hengfu historical conservation zone, Longhua area and the West Bund waterfront.

Xuhui aims to develop its cultural brand as the “Origin of Haipai,” according to the district’s culture and tourism bureau. Haipai, or Shanghai-style, refers to the cultures developed in the city and neighboring regions in the Yangtze River Delta.

A “Reading Lamp” event encourages residents and tourists to visit popular bookstores in Xuhui. Discounts, book exhibitions and reading salons will be held throughout the season.

A “Night Movie” event invites audiences to watch popular movies between 9pm and midnight with tickets costing 30 yuan between May and July.

Traditional operas and stage dramas will be presented at the newly opened Wanping Theater, Shangyin Opera House and Shanghai Dramatic Arts Centre, while over 20 travel agencies will launch various themed tours related to the Communist Party of China, Xuhui’s history and culture as well as photography.

The museums and art galleries in the West Bund are offering a ticket package between May and June with performances, exhibitions and cultural events.

Boutique hotels in the Hengfu historical zone, the city’s largest protected region featuring hundreds of villas and former residences of celebrities, will invite customers to stay along the historical Hengshan and Fuxing roads and learn the stories behind the structures.

Xuhui has been listed as one of China’s first batch of 15 pilot districts for culture, tourism and consumption. The district released 10 major measures at the opening ceremony of the season on Thursday

They include enhancing big data monitoring of its commercial hubs, streets and tourism spots in cooperation with Fudan University, while launching a online new consumption projects such as “cloud performances” and “cloud exhibitions.”

Several key brands have been created, including “Xujiahui Origin,” “Charming Hengfu,” “Historic Longhua” and “Art West Bund.” New products and performances will be introduced in Shanghai through the cultural sites in Xuhui. 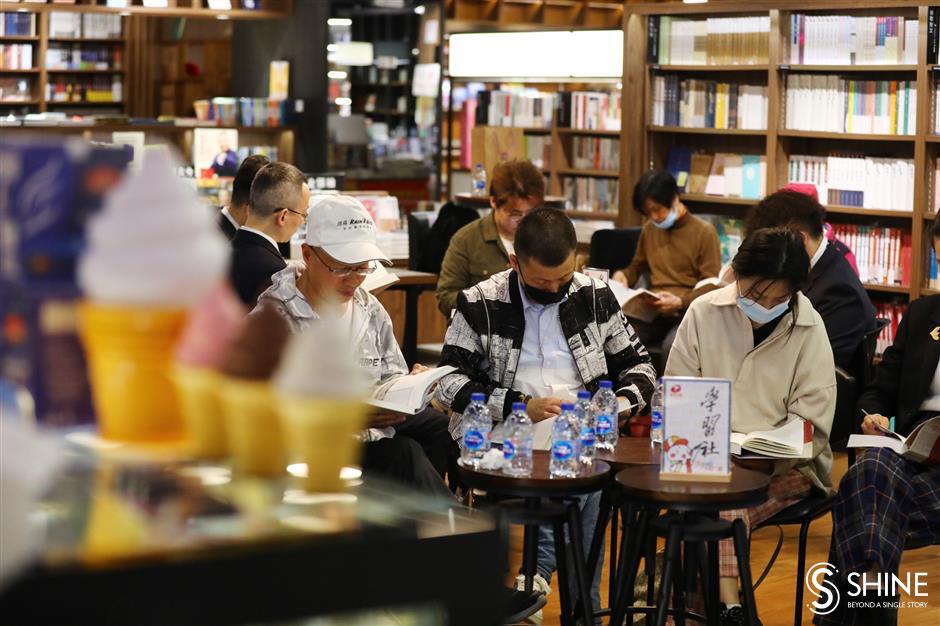 A popular bookstore in Xuhui.