Educational programs for foreign students in Qingpu District’s Xujing Town will teach them Jiangnan (regions south of the lower reaches of the Yangtze River) culture and China's intangible cultural heritage under an agreement signed on Friday.

It was signed by the district’s publicity department, Xujing Town authorities, the International Cultural Exchange School of Fudan University and the Western International School of Shanghai (WISS).

Under the agreement, tours to experience Jiangnan culture will be hosted and classes on Chinese culture held at WISS by teachers from the university.

In Xujing, cultural exchanges will be deepened via a series of activities featuring Jiangnan culture and intangible cultural heritage, officials said.

A class on traditional Chinese architecture was held at WISS as part of the annual WISS International Day on Friday.

Foreign students learned about China’s courtyard residences, or siheyuan, and tulou (earthen houses), rural dwellings unique to the Hakka in the mountainous areas of Fujian Province. The class was given by a teacher from the university’s cultural exchange school.

"The class was very interesting and these are very artistic designs," said Julian, a 16-year-old student from Ireland. "Chinese architecture is something I am very interested in and it is very beautiful." 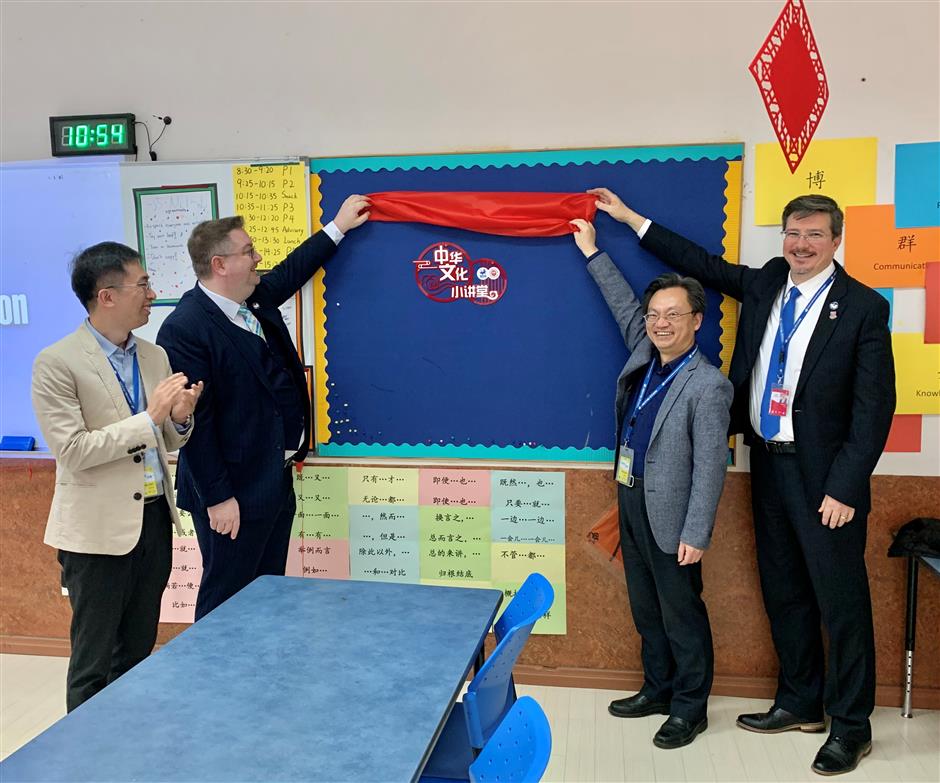 Representatives of Fudan University and WISS unveil the Chinese culture class on Friday.