Fraud fugitive turns himself in to police 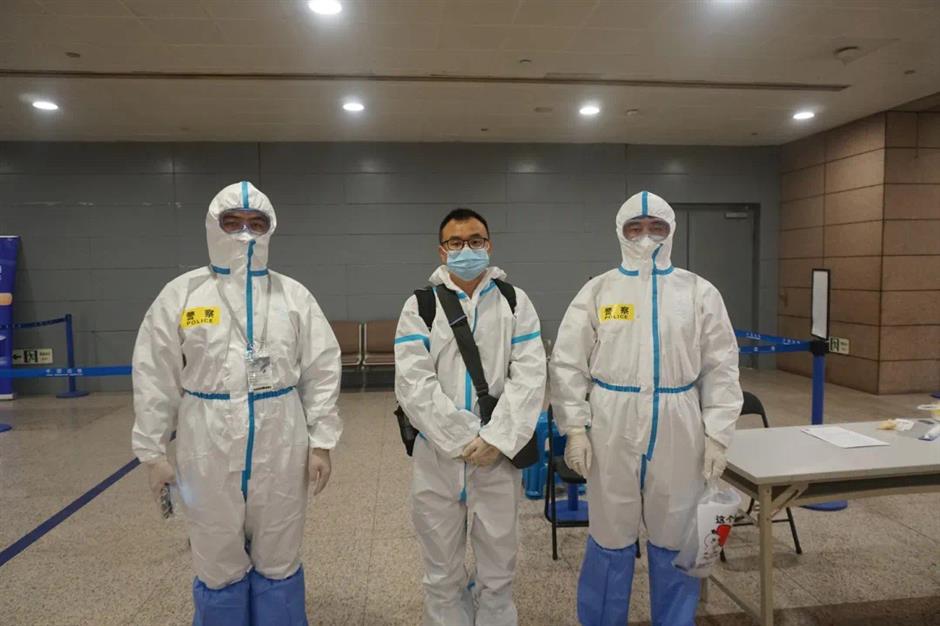 The suspect (center), a man surnamed Duan, turns himself in to Shanghai police.

The major suspect in an illegal fundraising has turned himself in to Shanghai police after fleeing to Singapore, police said on Friday.

Police in the Pudong New Area began an investigation into the case in 2018 after a man surnamed Duan was said to have raised funds from the public by promising high returns on investments and selling financial products.

A large number of investors fell victim to what was a fraud, police said.

Three executives of Duan’s company were caught by the police, but Duan fled overseas.

Police managed to contact Duan last year and persuade him to return.

Duan is said to have been living in fear and destitution overseas and regretted he had missed the birth of his child.

After Duan turned himself in, police said they had been able to recover 2.5 million yuan (US$390,000) for the victims. Work on the case is still going on.

So far this year, Shanghai police have caught 53 fugitives overseas and 57 from other parts of China and recovered over 16 million yuan in losses for victims in cases.