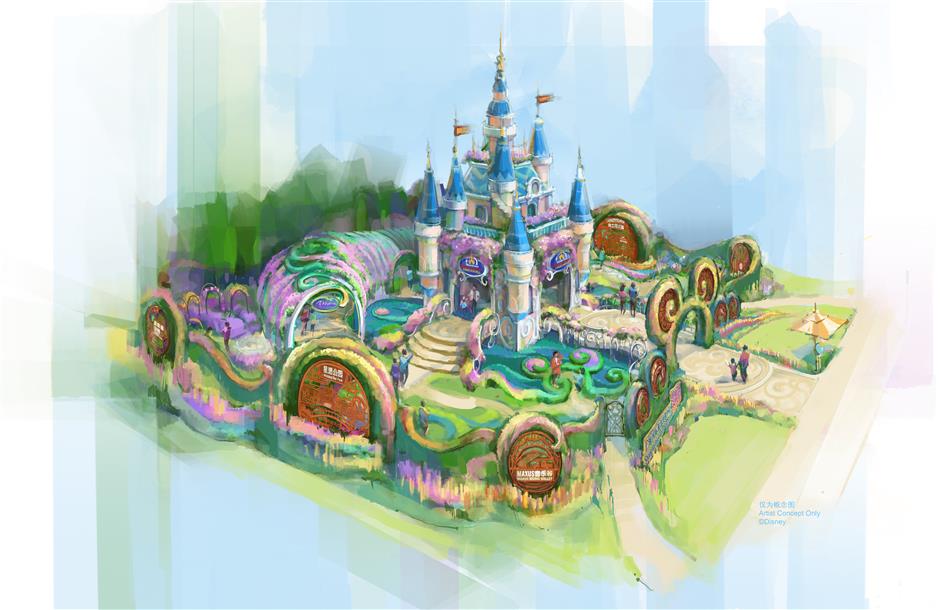 An artist's rendition of "Dream Garden."

A perfect combination of floral art and Disney fantasy will debut at the city’s upcoming flower expo.

Upon entering the Dream Garden, visitors will be greeted by a stunning 13-meter-tall version of Shanghai Disneyland’s Enchanted Storybook Castle.

The castle is crowned with a golden finial featuring a peony, the flower of China, as well as a cascade of Disney stars on the central spire — because with belief and a little magic, dreams do come true.

After passing through the castle, a line of vivid topiary sculptures of Disney characters, including Mickey Mouse, Minnie Mouse, Donald Duck and Daisy Duck, await under the “Once Upon a Time Archway.”

The entire garden is inspired by the traditional Chinese gardens found along the Yangtze River Delta, according to the Shanghai Disney Resort.

Chinese paper-cutting techniques are well represented in the design of the flower windows, and plants and flowers indigenous to China, including the Chinese rose, Camellias and Nandina, are prominent throughout. 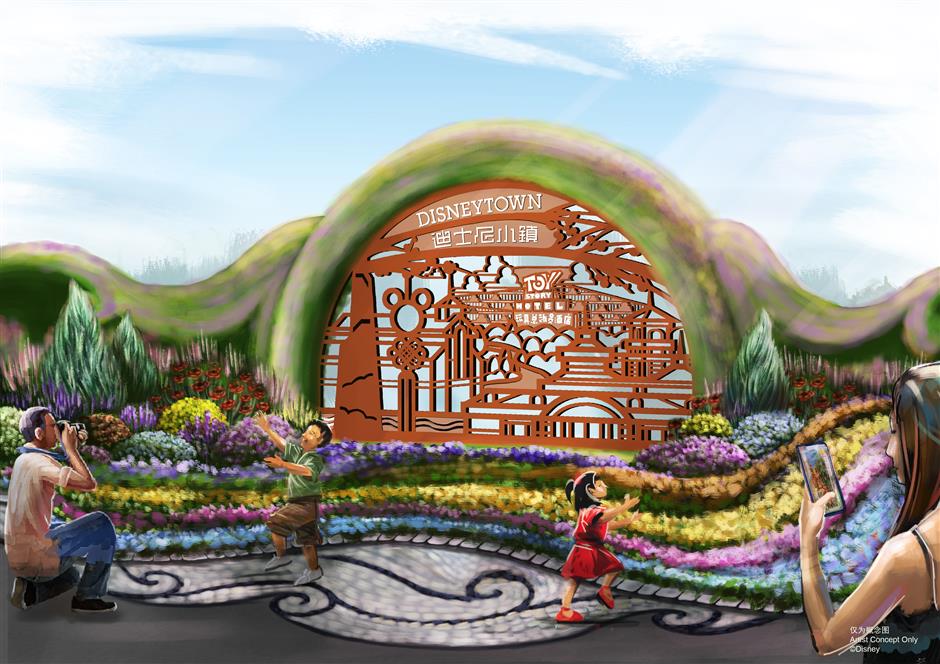