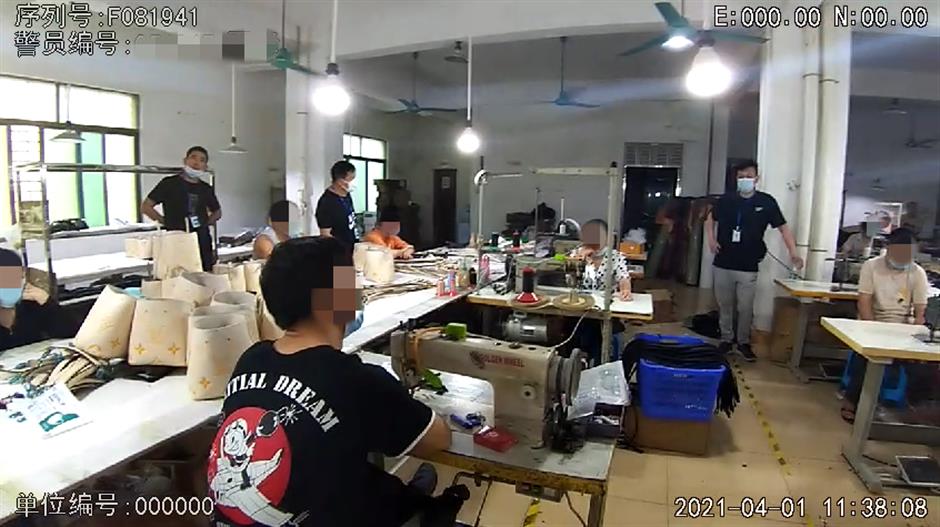 The raid of the suspects in Guangdong Province earlier this month prevented more than 10,000 fake LV bags from being sold, whose authentic counterparts are worth about 230 million yuan (US$35 million), police said.

Police in Qingpu District began their investigation in February after finding that seemingly fake LV bags were being sold on the Internet.

The products sold were confirmed by LV officials to be fake.

Police discovered the fakes were produced in a factory in the city of Dongguan and sold throughout the country.

The suspects were rounded up in Dongguan and Guangzhou earlier this month, seizing a large amount of the fakes and production materials.

One of the suspects admitted the factory opened in 2020 and produced the fakes modeled after the authentic bags, police said.