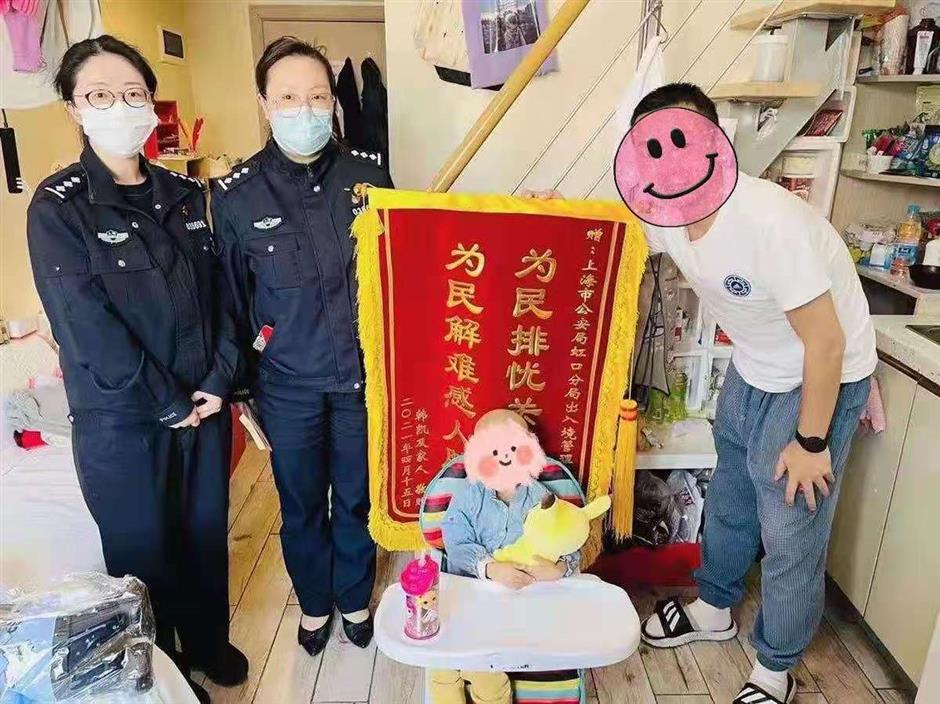 The father thanks the Hongkou District exit-entry police with a red silk banner.

Thanks to help from the police, a father has quickly attained a passport for himself and his sick daughter for medical treatment abroad.

The father surnamed Han applied for the passports with his daughter in Hongkou District on April 7.

At the service center, Han told police his 3-year-old daughter was diagnosed with neuroblastoma, and they wanted to treat her disease at a hospital in Spain. Han and his daughter are from out of town.

The police immediately offered a green channel for Han and his daughter. As Han was filling passport application forms, officers provided instructions and bought dolls for his daughter.

When the passports were ready on April 19, police delivered them in person to Han's home near Xinhua Hospital, as well as an unexpected surprise — money donated by district exit-entry officers.

Han expressed his thanks to the officers in a traditional way — a red silk banner with words of praise.