Two firefighters died in a factory fire in suburban Shanghai when trying to rescue four workers, authorities said on Monday.

Eight people died in the fire which broke out at the Sheng-Rui Electronic Technology (Shanghai) Ltd plant in Jinshan District last Thursday afternoon.

The firefighters were 32-year-old Feng Chenmin, a native of Zhejiang Province, and 25-year-old Tang Weijia, a Jinshan local.

Feng led a group of firefighters, including Tang, to search for four stranded workers on the third floor of the building. They found them but the two lost contact with other rescuers during the rescue when the blaze suddenly intensified. They were later found dead on the third floor, the authorities said.

About 1,000 firefighters from 56 fire and rescue stations were dispatched to the scene.

The authorities paid a public tribute to the two heroes.

Feng, who was vice head of Jinwei fire and rescue station in Jinshan District, was an experienced firefighter and rescuer who had taken part in over 4,000 missions and had rescued 150 people.

He was especially remembered for leading the team which rescued six people from a fire caused by explosions of chemical substances in a plant on Jinhuan Road in Jinshan in June, 2013.

As Feng’s fire and rescue station served an area studded with companies producing chemicals, he studied various chemicals and prepared firefighting and rescue plans for each plant, earning the nickname “Professor Feng.”

Feng had also learned how to drive forklifts and trucks with dangerous materials.

He was also devoted to helping children from poor families and senior residents living alone. 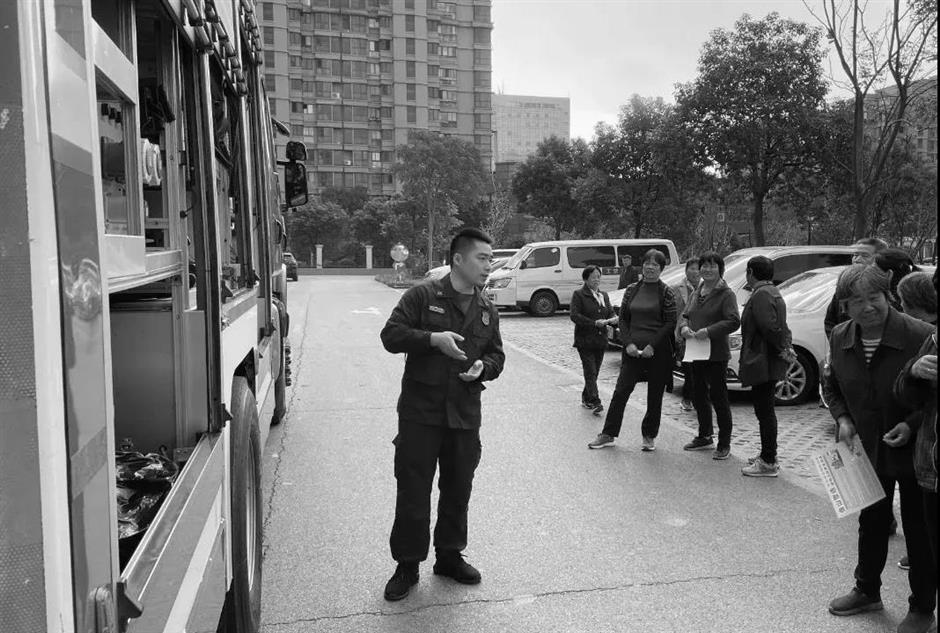 Tang was a member of the Zhangyan fire and rescue station in Jinshan District and a devoted firefighter and rescuer.

He had taken part in over 600 missions and saved 20 people since he became a firefighter in January, 2014.

Following the outbreak of the COVID-19 pandemic, he worked intensively for three months on a fire safety team at the Shanghai Public Health Clinical Center, the city’s key medical facility to treat COVID-19 patients.

Tang was also active in community services and a popular lecturer in fire safety. 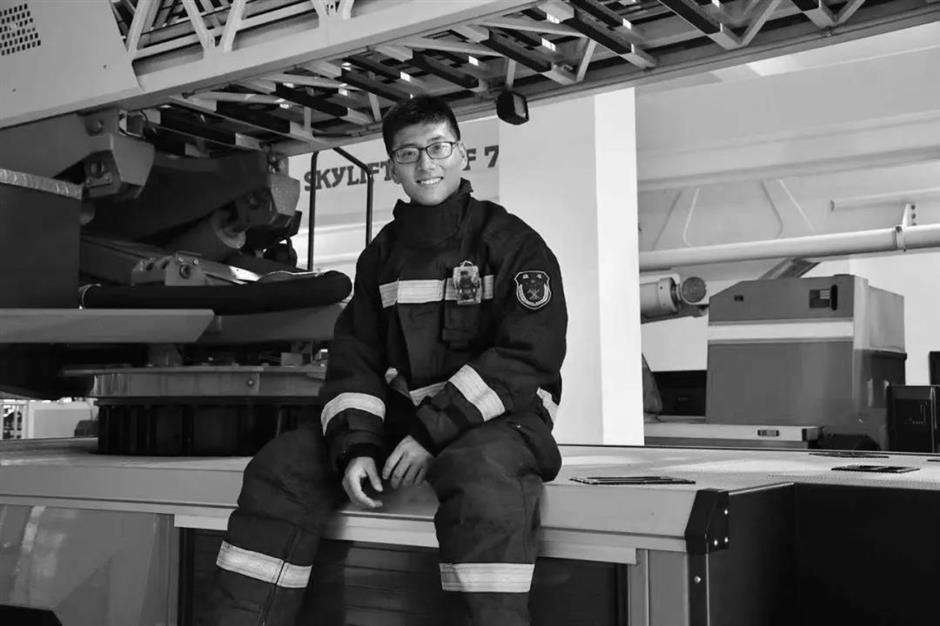 Tang Weijia was proud of his profession as firefighter and rescuer.