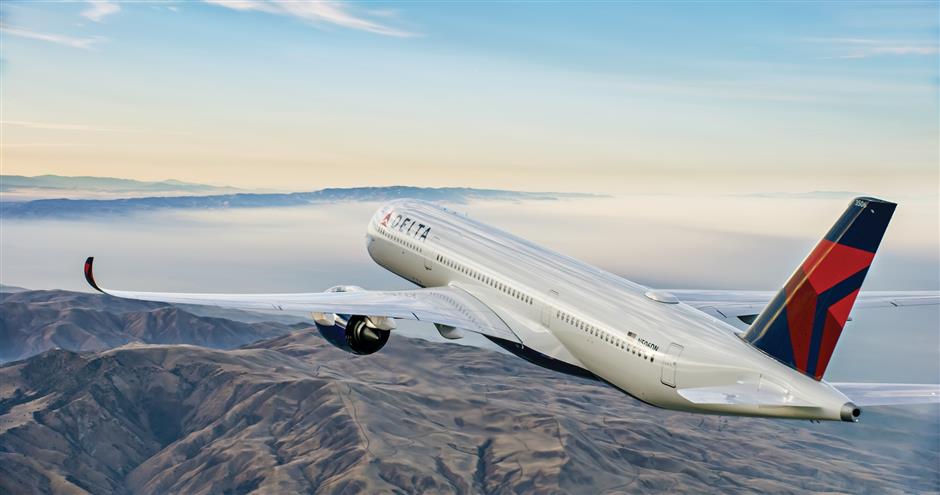 Delta Air Lines will increase seating capacity for flights between Shanghai and the United States beginning on May 1 in response to increasing demand.

The Atlanta-based carrier will reopen middle seats to passengers on all flights between China and the US, which will increase the capacity of each aircraft by nearly 20 percent. Middle-row seats have been blocked to reduce contact between passengers since the coronavirus outbreak.

However, the carrier is still capping capacity on flights to China at 75 percent to abide by the stipulation of the Civil Aviation Administration of China (CAAC).

Delta will also resume service between Shanghai and both Seattle and Detroit beginning on Saturday — the only carrier that will offer gateways to China from the east and midwest of the US.

The carrier is operating four weekly flights between Shanghai and the US via Seoul, based on an agreement between China and the United States. It has replaced the Boeing 777 with its new flagship Airbus 330-900neo and Airbus 350-900 for the flights.

Passengers will not be required to disembark during the stopover in Seoul. However, crew members will change shifts while there.

“We’re fully prepared to handle more travelers between China and the US, and new policies will be released later this year,” Wong said on Wednesday.

Currently, most people traveling between the US and China are students abroad. Demand is expected to increase in May as the summer vacation season approaches, Wong said.

All aircraft will be sanitized with electrostatic sprayers before departure, while pre-flight interior disinfection will be stepped up. Hand sanitizer will be provided at check-in counters and boarding areas.

More than 35,000 Delta employees — over 40 percent of the airline's total workforce — have received at least one dose of the COVID-19 vaccine as of April 22, Wong said.

Delta has seen domestic leisure-travel bookings recover by 85 percent compared to 2019 levels, while passenger revenue in March was 50 percent higher than February. The airline’s cargo revenue was 12 percent higher in the first quarter of 2021 than the same period in 2019.

The US and China have each allowed eight weekly flights between the two countries, easing travel restrictions in the midst of the coronavirus pandemic.

“We hope additional flights will be allowed between the US and China later this year as vaccination rates increase in both countries,” Wong said.

Delta was the first US airline to resume flights between the US and China, following the suspension of services in February of 2020 due to the pandemic.