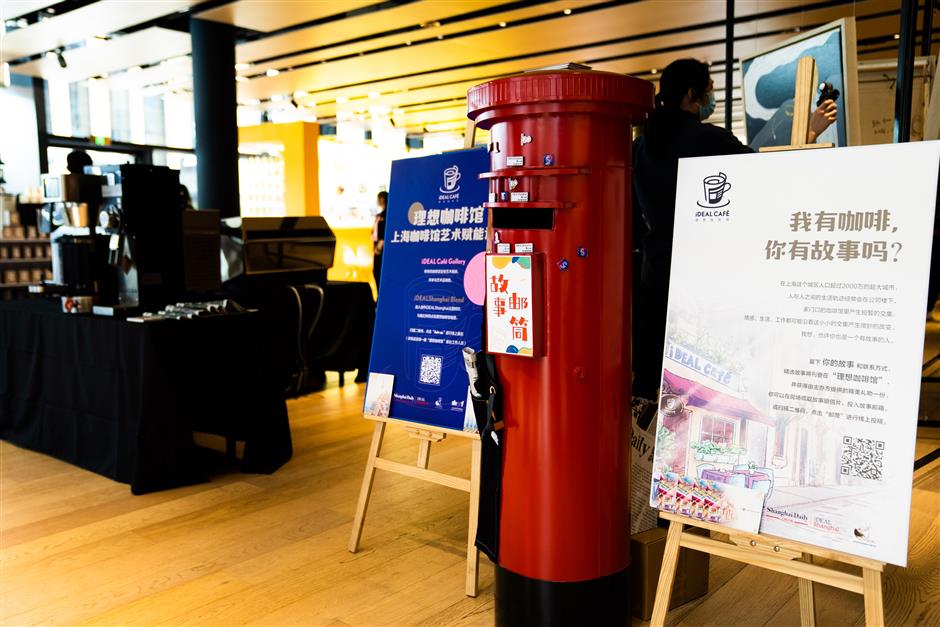 Installations about iDEAL Café are placed at the Hongqiao International Coffee Harbor on Thursday.

A new platform called iDEAL Café, which tells the stories of Shanghai coffee to the world, was launched on Thursday at the opening ceremony of the Hongqiao International Coffee Harbor.

The organizer Shanghai Daily placed a "story mailbox" at the event taking place at the Hongqiao Import Commodity Exhibition and Trading Center in Minhang District to collect people's stories about coffee.

These works will form an offline "Café Gallery" and will be available for purchase. Part of the proceeds will be given to the cafés.

Nine of the artworks are exhibited at the event.

The organizers hope residents will have better experiences when drinking coffee at local cafés, and believe this plan can create more diversified and flexible operation patterns and business modes for both the cafés and artists. 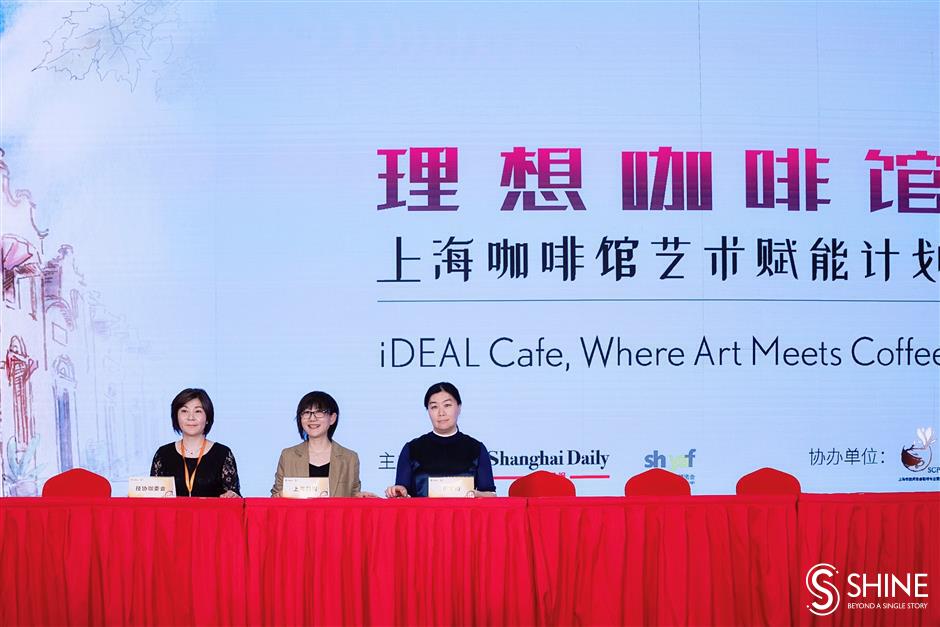 "That's consistent with the goal of Shanghai International Artworks Trade Month, which is facilitating the public's art consumption and improving the city's cultural connotations," Wang said.

Zhou Fang, secretary-general of the technician association's coffee specialties committee, said she believes that with the help of this plan, it will be easier for local cafés to attain decorations matching their own styles, which can improve their environments and increase their appeal to coffee lovers in Shanghai.

Moreover, a project called "Shanghai: Writers in Cafés," jointly designed by Shanghai Daily and the Shanghai Writers' Association, will soon be introduced to the public with documentaries and publications in which 30 authors from home and abroad will share their stories related to coffee. The authors include Sun Ganlu, Chen Danyan, Xiao Bai, Chen Qiufan, Zhang Yiwei and Millicent A A Graham. 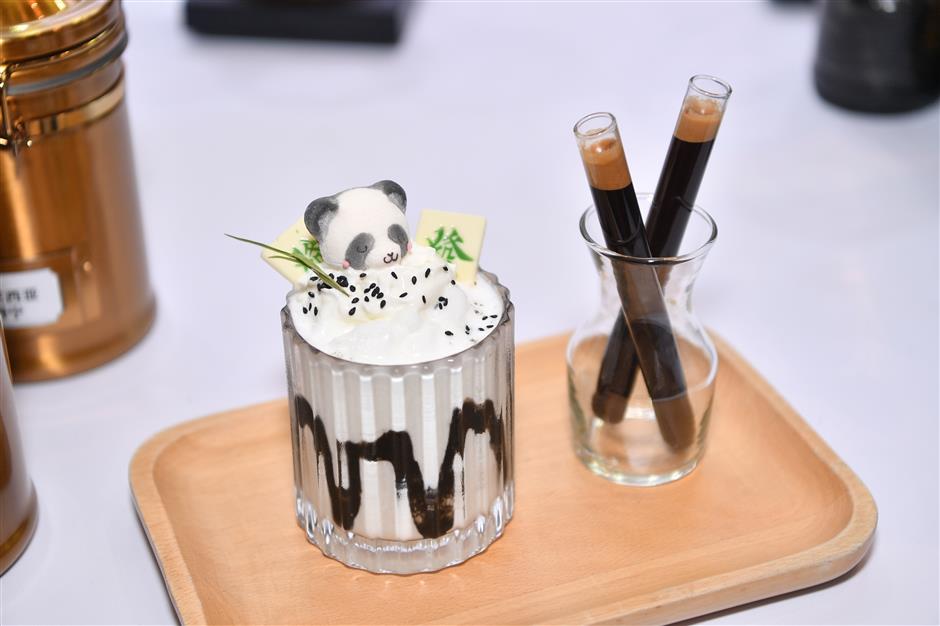 A cup of panda-themed coffee is displayed at the Hongqiao International Coffee Harbor on Thursday.

Zhu Jiajian, head of Shanghai Daily, said Shanghai has more cafés than any other cities in the world. In Shanghai, a café can be not only a space for an ordinary person's daily life, but also a place that provides a special perspective for people to see the city's arts and humanities as well as historical stories. Cafés mix foreign and local cultures, and exhibit the inclusiveness and diversity of the city.

"We hope we can better illustrate Shanghai's coffee culture, and witness the city's innovation and vitality on its way to becoming an international consumption center," Zhu said.