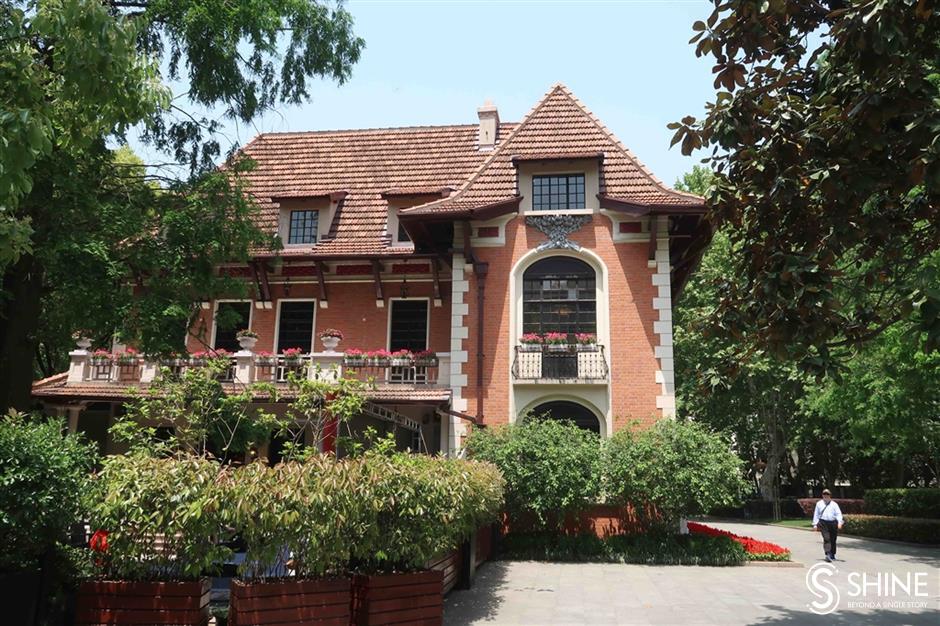 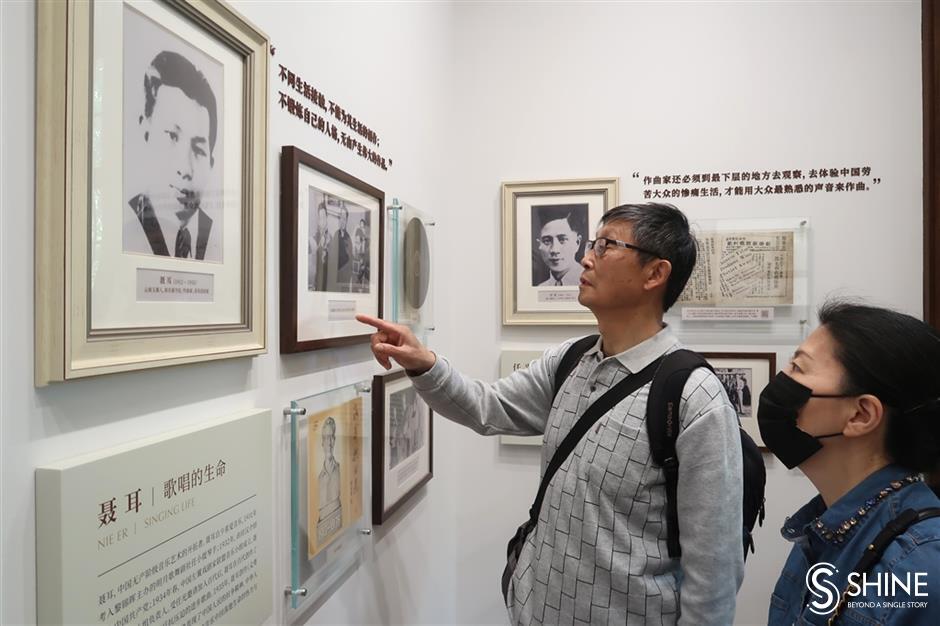 People learn the life of Nie Er in the villa on Friday. 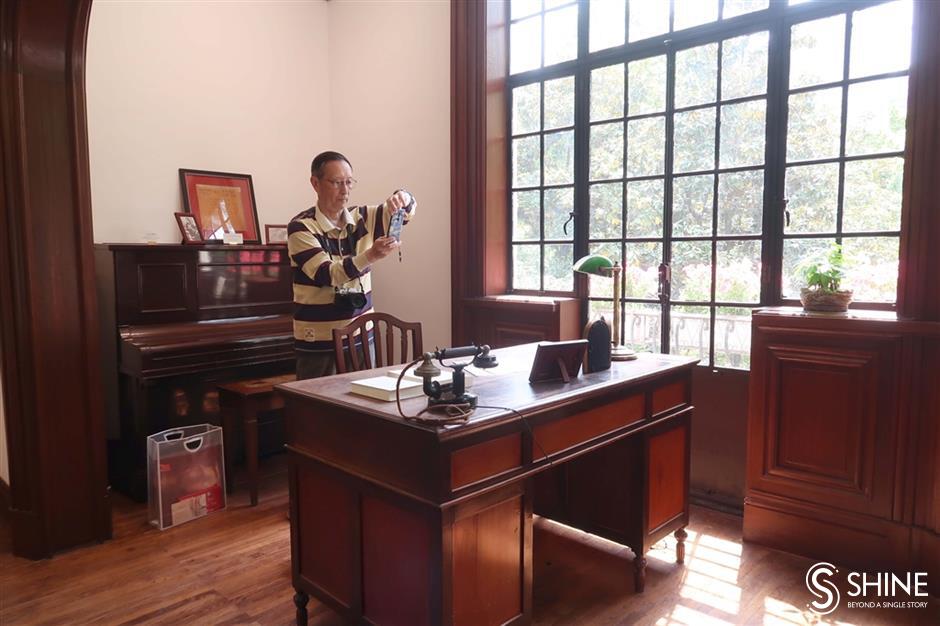 A visitor takes photo in the villa.

Pathe Villa in Xuhui District — where China's national anthem was recorded — will officially re-open to the public on Saturday after a facelift to commemorate the 100th anniversary of the founding of the Communist Party of China.

Built in 1921, the building once housed the studio of Pathe Records and was the birthplace of China's recording industry.

It was unveiled as one of the city's first group of immovable revolutionary heritage sites today.

Located inside Xujiahui Park, the three-story brick-and-wood garden villa was once the cradle of Chinese musical history and witnessed the development of China's recording industry.

It is widely known as "Xiao Hong Lou" in Chinese, or "small red villa," for its red pitched roof and red brick walls.

The renovation took about two years, and the building now comprises several exhibition halls, including Voice of the Time, Records Birthplace, Patriotic Musicians and Echo of History, presenting a blend of history, architecture and music.

"March of the Volunteers," China's national anthem, was recorded in the villa in 1935. It was composed by Nie Er (1912-1935) with lyrics from poet and playwright Tian Han (1898-1968). It was originally the theme song of the film "Sons and Daughters in a Time of Storm." The two men worked together creating the historic song, which appealed to the Chinese people for its patriotism and community spirit to protect the motherland. 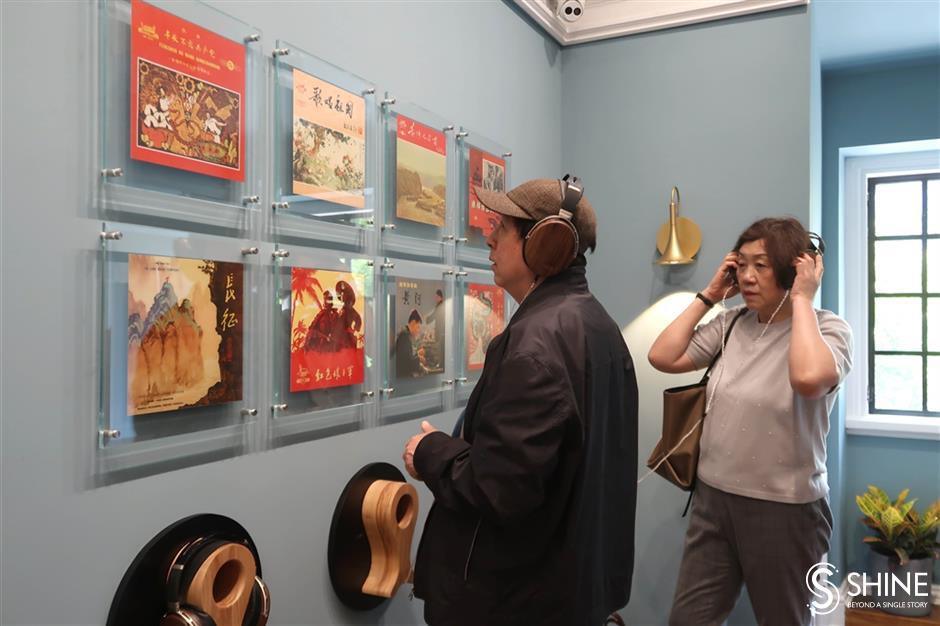 People listen to revolutionary songs in the villa today. 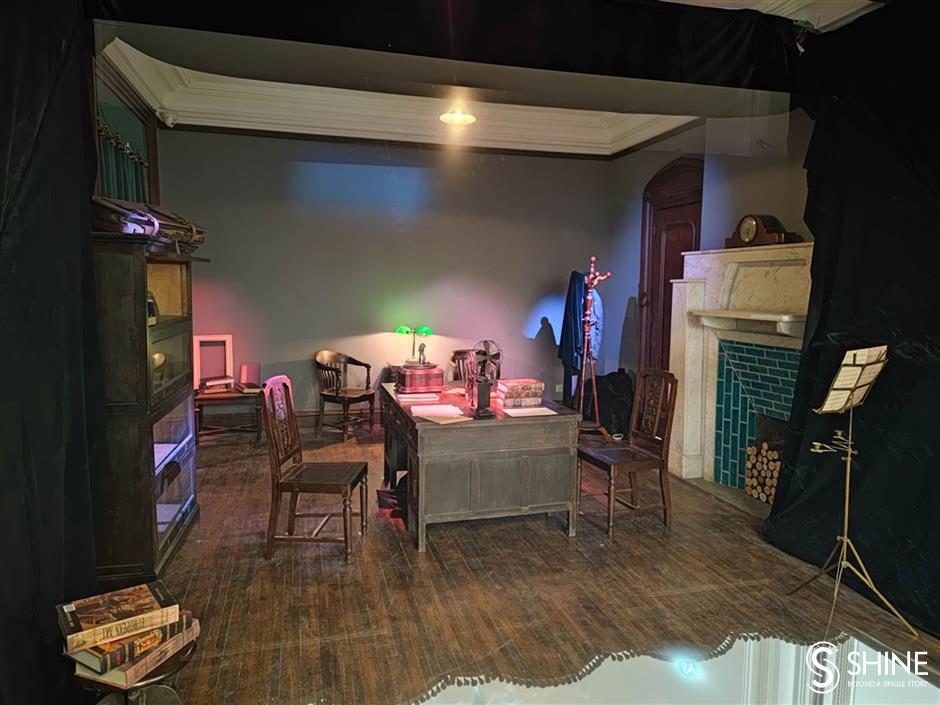 A display in Pathe Villa. 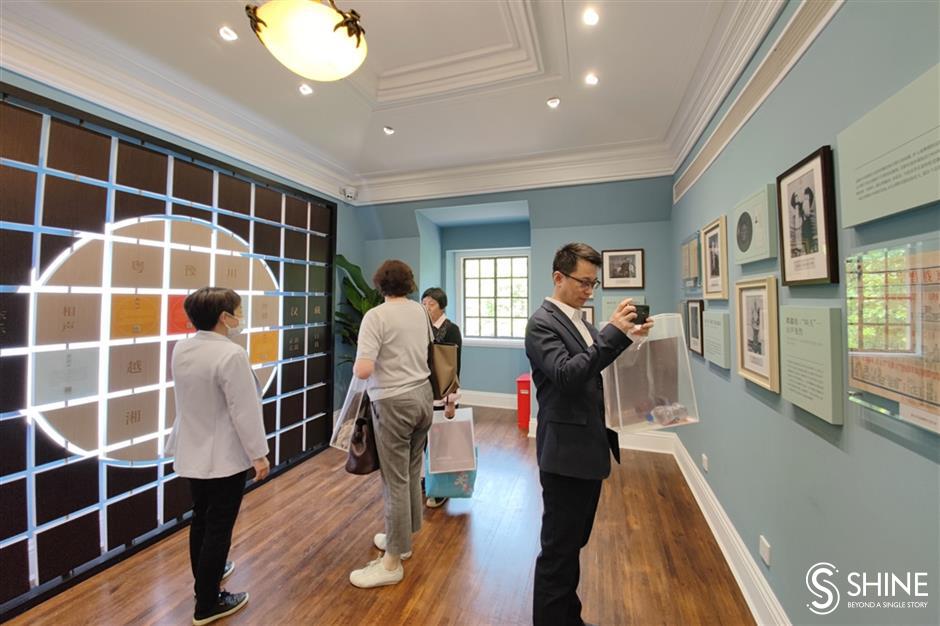 People take photos in the villa.

The song's creation and recording process is replicated via a holographic short play that is part of a display.

Many left-wing musicians, including Nie and composer Xian Xinghai, were once active in the district, and many "red" songs were recorded in the villa, she added.

"The display in the villa features photos, words and multimedia productions, and exhibitions and walking tours will be held in the district to mark the 100th anniversary of the founding of the Communist Party of China," Jiang said.

The villa is also the birthplace of many popular songs, such as Mei Lanfang's Peking Opera work "Drunken Concubine" and Chen Gexin's "Rose, Rose, I Love You," a famous 1940 Mandarin song, which were recorded in the villa. A galaxy of celebrities such as "Golden Voice" Zhou Xuan and renowned movie star Hu Die (1908-89) recorded songs here as well.

Historical documents and exhibits chronicle the birth and development of China's recording industry.

The villa's showcase also includes sections such as "Panorama of Chinese Operas," "Vinyl Workshop" and "Spring of Pop Music," inviting visitors to listen to the melodies of a bygone era.

The villa at 811 Hengshan Road is open from 9am to 5pm and closed on Mondays.

The reservation code is in Chinese but an English version will be available soon.