A large tumor has been successfully removed from the stomach of a 3-year-old girl, and her condition is improving.

The girl’s parents discovered her stomach was stiff while bathing her two months ago, and checked her into a hospital in their hometown. Doctors there thought she may have terminal cancer, which had spread to other major organs, including the kidneys, spleen and pancreas.

Because of the tumor, the girl began to suffer from heart failure. Doctors there said they were not confident that treating the girl could save her life, even if they performed surgery.

The parents almost lost hope but decided to bring their daughter to Shanghai for treatment.

They went to Xinhua Hospital, where doctors confirmed the girl was in critical condition, and found the tumor was like a pineapple covering her stomach. In addition to the tumor, the girl also suffered from hypertension and poor heart function, as it was only one-third the size of a normal 3-year-old's heart.

Her heart failure was due to the tumor pressing against blood vessels. Removing the tumor would improve the girl's heart function and possibly make it perform like a normal, healthy heart, said Dr Chen Sun, director of Xinhua’s heart center.

Doctors devised a detailed treatment plan for the girl, which her parents supported.

After a three-hour surgery, doctors removed the entire tumor, which was found to be nephroblastoma — a kind of cancer with one the best treatment outcomes. After proper treatment, including surgery, chemotherapy and radiation, 95 percent of patients in early stages survive for more than five years. Even for patients in middle or late stages, the five-year survival rate is between 70 and 80 percent.

Dr Lu Fan of Xinhua Hospital said parents should check their children frequently in order to detect problems in the early stages. If lumps are detected on the stomach, it is critical to go to a hospital immediately.

Nephroblastoma is the most common kidney cancer for children. The incidence of nephroblastoma is one in every 10,000, and most cases are diagnosed in children between the ages of 1 and 3. About 80 percent of cases are detected before children are 5 years old.

Experts said parents should not lose hope if their child is diagnosed with cancer, because many forms of the disease are treatable and curable. 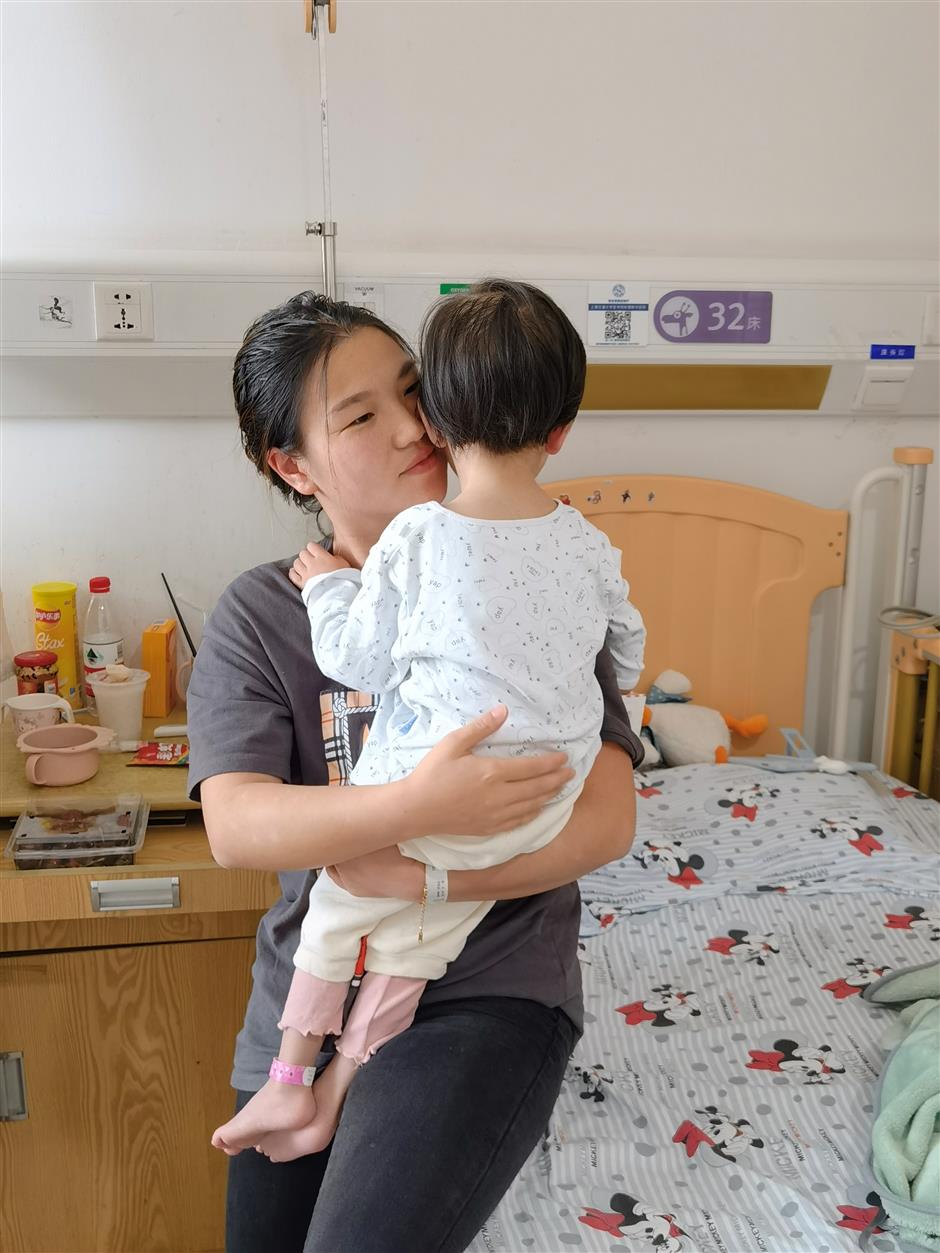 The mother holds the girl, who is recovering very well. 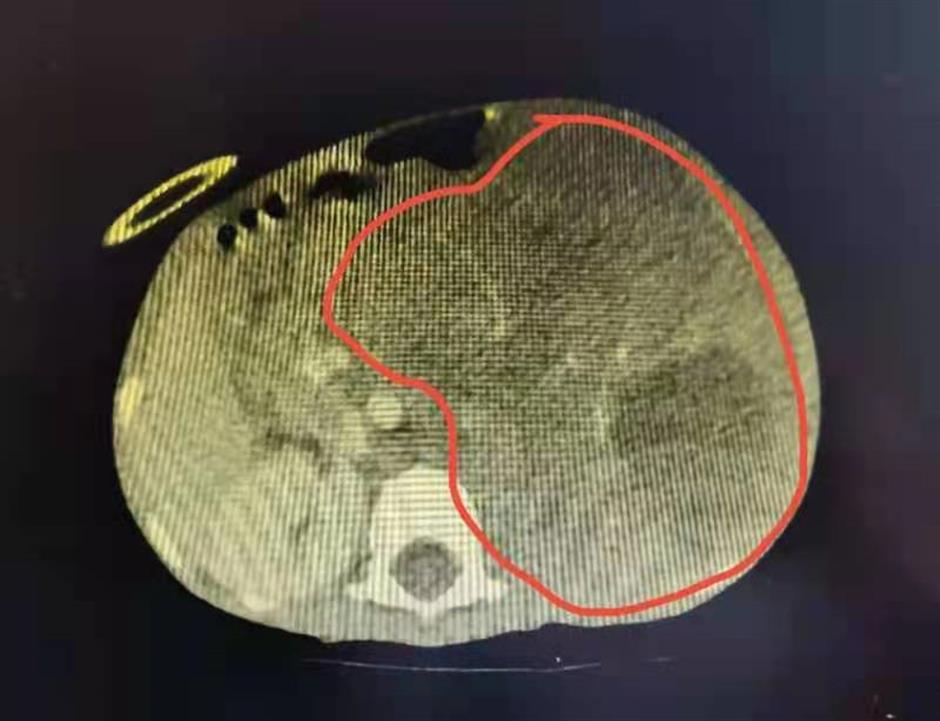 The large tumor covered her stomach.