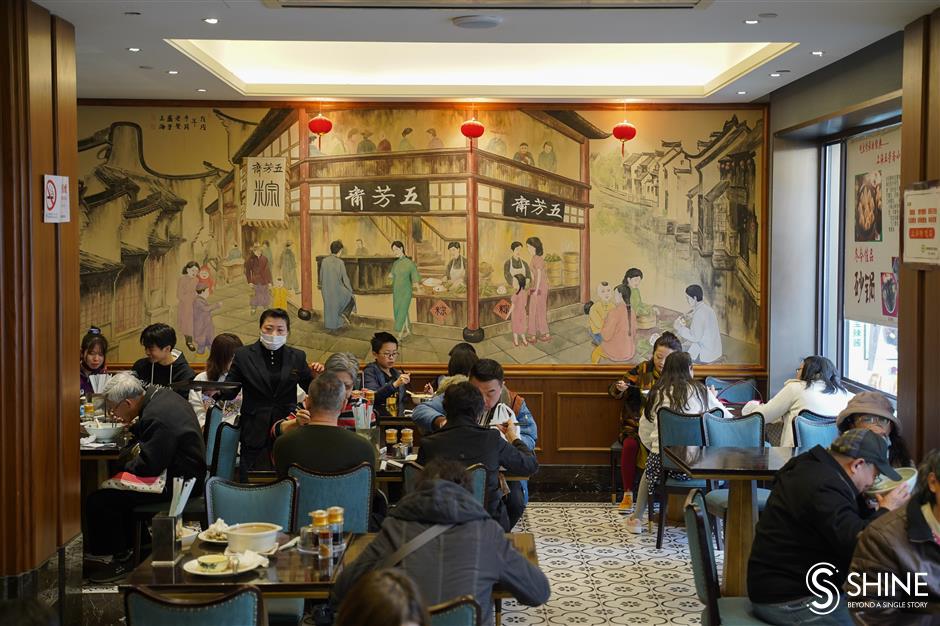 Diners at the traditional Wufangzhai Restaurant in Huangpu District

Over 400,000 coupons worth 55 yuan (US$8.5) each will be released during the festival through the end of June. The coupons can be used at 36 outlets of the some 20 traditional brands before the end of August.

They include the 78-year-old Xiaoshaoxing, famous for its Shanghai-style baizhanji, or sliced cold chicken, Hongchangxing, one of the most popular Muslim restaurants in the city, and Yanyunlou, a restaurant which has been serving Beijing roast duck in Shanghai since 1936, as well as Wufangzhai, selling zongzi, a glutinous rice dumpling wrapped in pyramid-shaped bamboo leaves.

The flagship store and Yunnan Road branch of Deda, one of the oldest Western restaurants in Shanghai dating back to 1897, is also taking part in the campaign. The restaurant is one of the most nostalgic venues for the older generation who had their first taste of Western food there or went on their first date.

Customers will receive a 55-yuan coupon for every 300 yuan spent in these restaurants during the festival.

At last year’s festival, coupons with a total value of 10 million yuan were released and proved popular with both local residents and tourists, according to the Xinghualou Group, which owns the largest number of local time-honored eatery brands in the city.

The total value of coupons has been more than doubled this year to cap consumer demand and boost the popularity of the city’s traditional cuisines, the group said.

Customers can find most of the popular brands on Yunnan Road S., which includes more than a dozen time-honored eateries from Shanghai and other provinces.

A major revamp campaign will be launched on the road by the end of the year. The traditional restaurants will be renovated and reopened after the completion of an urban renewal campaign in the region, according to the district government. 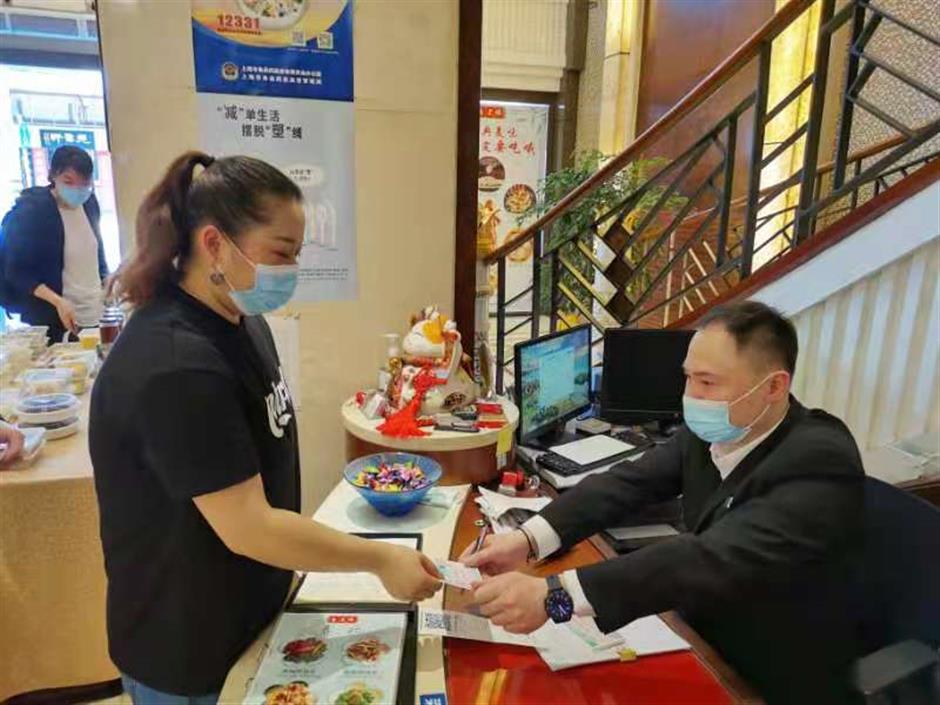 A customer is given a coupon at the Xinghualou Restaurant on Friday.