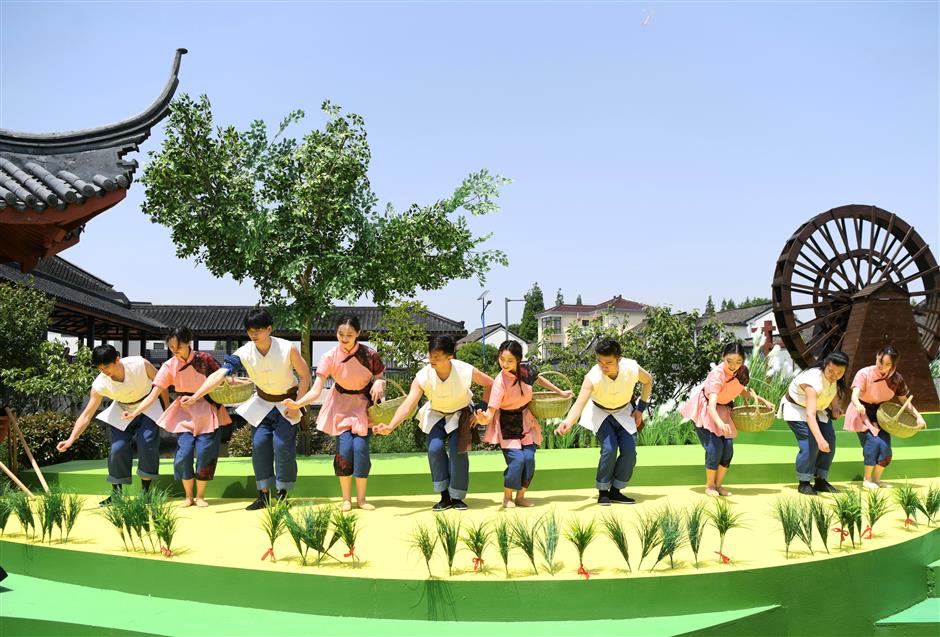 Fifty-one model workers of the district watched the debut performance which merges the beautiful scenery of the park in the show.

The real-scene show tells the story of spring sowing and autumn harvest by farmers with the songs  sung during their toil.

The activity is part of the Yangtze River Delta Ecology and Greenery Integration Demonstration Zone's Double Five Shopping Festival. The performance will be staged again in the future. 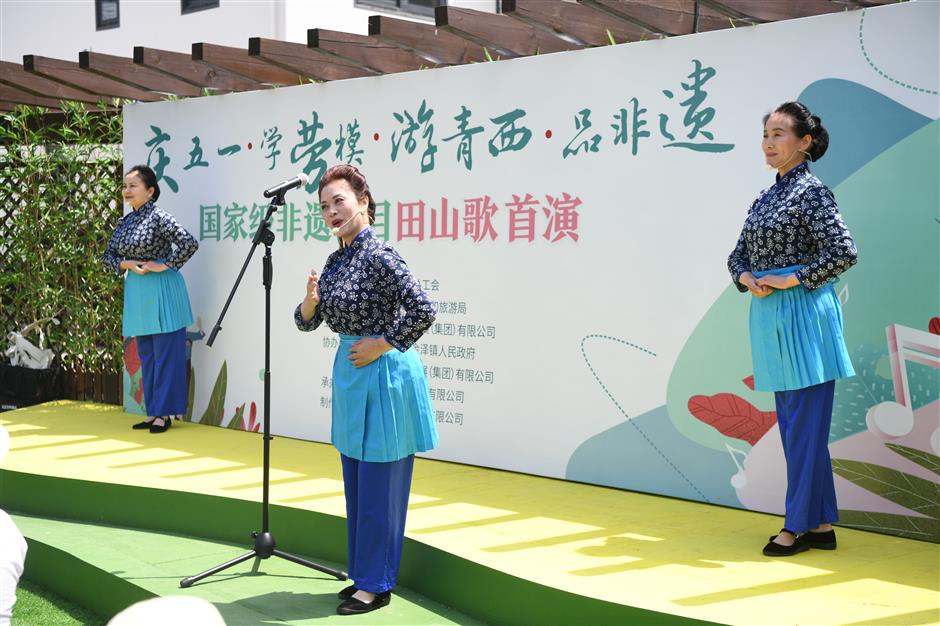