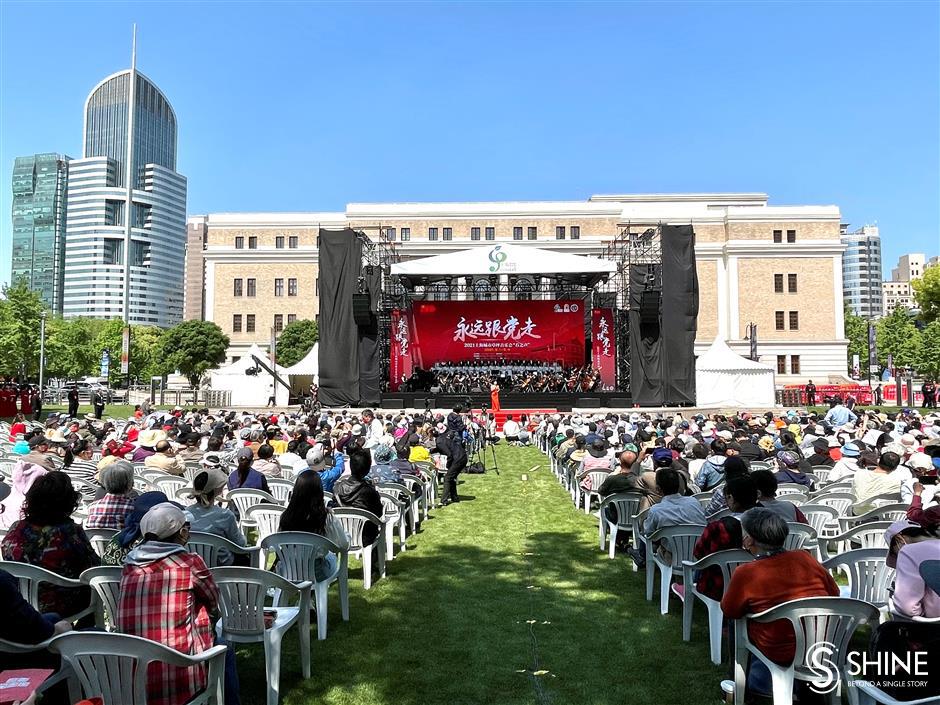 The Spring session of the Shanghai City Lawn Concert opened on Saturday.

Led by four chief musicians, the China Philharmonic Orchestra will present classics of Beethoven and Dmitri Shostakovich as well as traditional Chinese songs at the Shanghai City Lawn Concert in downtown Huangpu District.

It is part of a series of public performances to be held through to the end of the year to celebrate the 100th anniversary of the founding of the Communist Party of China.

The Spring session of the annual lawn concert was launched on Saturday afternoon  to the south of the Shanghai Concert Hall on Yan'an Road E.

Three outdoor concerts will be staged with free admission over the Labor Day holiday, featuring more than 30 classic songs about China's revolutionary campaigns and the CPC.

People can secure free tickets by making a reservation through WeChat. They can also watch a live broadcast through the official WeChat account (Culture Cloud). 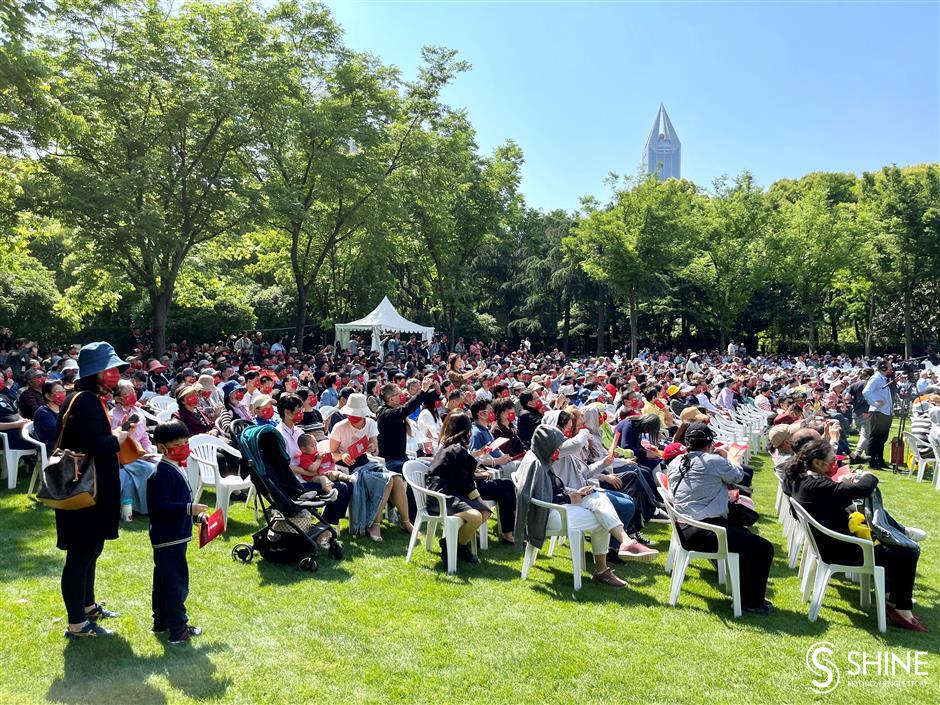 The opening concert of the 2021 Shanghai City Lawn Concert was well attended.

The opening concert was presented by the Changsha Symphony Orchestra from central Hunan Province, the hometown of Chairman Mao Zedong.

Some 150 musicians and singers performed classic folk songs such as the “Dongfanghong,” or “Oriental Red,” and “Sing a folk song to the Party.” The several hundred members of the audience sang along. More than 110,000  watched the live performances online.

The national orchestra will host the second concert at 2pm on Sunday, while the Shanghai Philharmonic Orchestra will stage the third concert on Tuesday on the lawn.

The lawn concerts have been held for eight years, with about 200 concerts. Tens of thousands of local audience members have enjoyed the annual musical feast, according to the Huangpu District Culture and Tourism Bureau, the organizer of the event. 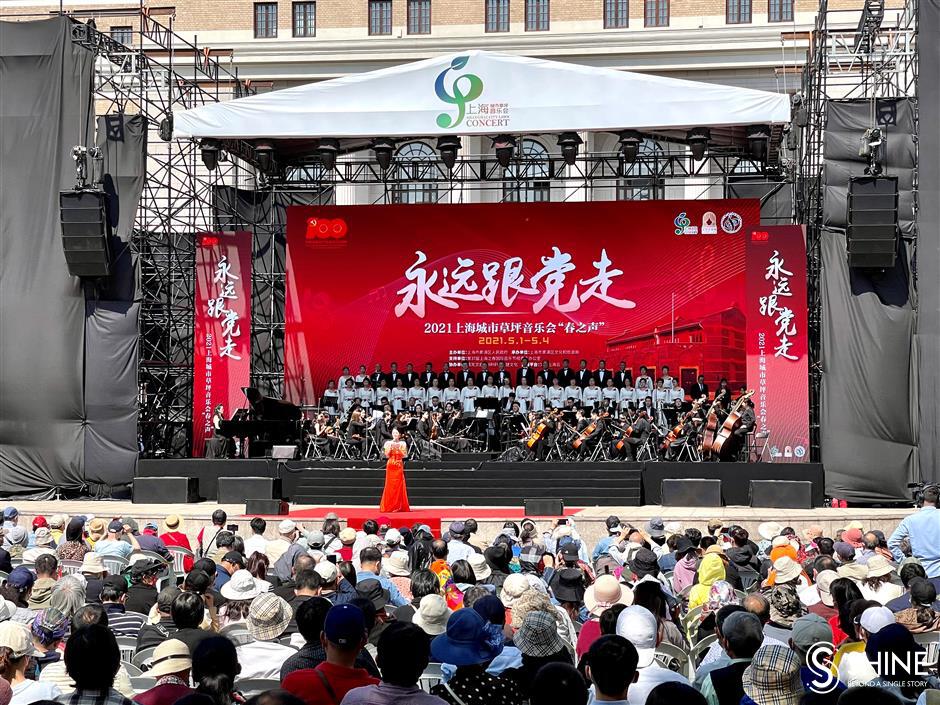