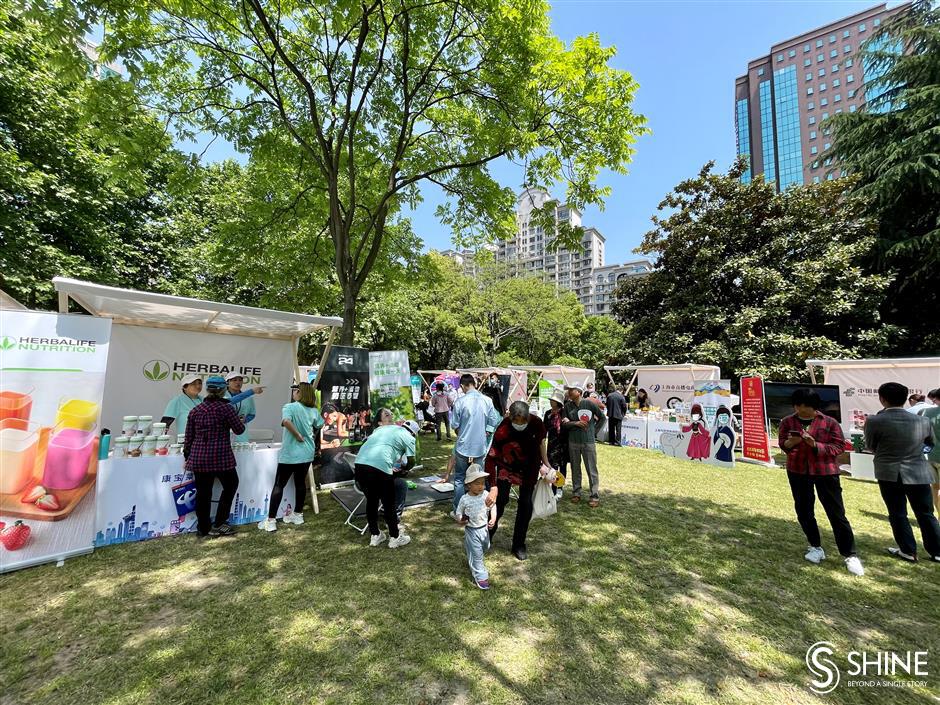 Shanghai’s first livestreaming festival was launched in the Hongqiao area in Changning District on Sunday to boost online consumption as part of the city’s ongoing Double Five Shopping Festival.

The Shanghai Livestreaming and E-commerce Festival, jointly hosted by the city’s commerce commission and Changning government, will feature more than 60 online promotional events through Wednesday.

Tens of thousands of products from home and abroad will be sold online through various livestreaming events during the festival.

More than 10 e-commerce platforms, mostly based in Changning, such as Pinduoduo, JD, Suning, Douyin and Ctrip, as well as commercial complexes like Greenland and Bailian, will host livestreaming promotions.

Another Livestreaming Week in November with over 10,000 events attracted 600 million online and 9 billion yuan in online sales, said Gu Jun, director of the Shanghai Commerce Commission.

During the COVID-19 pandemic, digital services became a lifeline for the millions of people subjected to lockdowns and shelter-in-place orders.

Shanghai has released action plans to support the development of its online new economy.

Changning has gathered more than 4,900 Internet companies related to fresh e-commerce, touchless delivery, online education, online entertainment, new mobile transport and online finance. Leading enterprises such as Meituan, Pinduoduo and Ctrip are based in the district.

Many Internet companies shifted their business models amid the pandemic and now focus on livestreaming sales and e-commerce.

The event also marks the beginning of the annual shopping festival in Changning, which is themed on “Digitalized Changning” and “Hongqiao Go.” New products and brands will be released along with prosperous nighttime businesses.

The digital yuan will be promoted during the festival both at commercial landmarks in Changning and livestreaming events. The district has released three major online e-yuan payment scenarios on e-commerce platforms, online games and mobile payment. The digital currency is also available at shopping malls, transports, restaurants, flagship stores and other commercial sites.

More than 500 businesses in Changning have been accepting the e-yuan payment, the district government said. The district also cooperates with Xiangcheng District in neighboring Suzhou to jointly promote the digital currency across the Yangtze River Delta region. 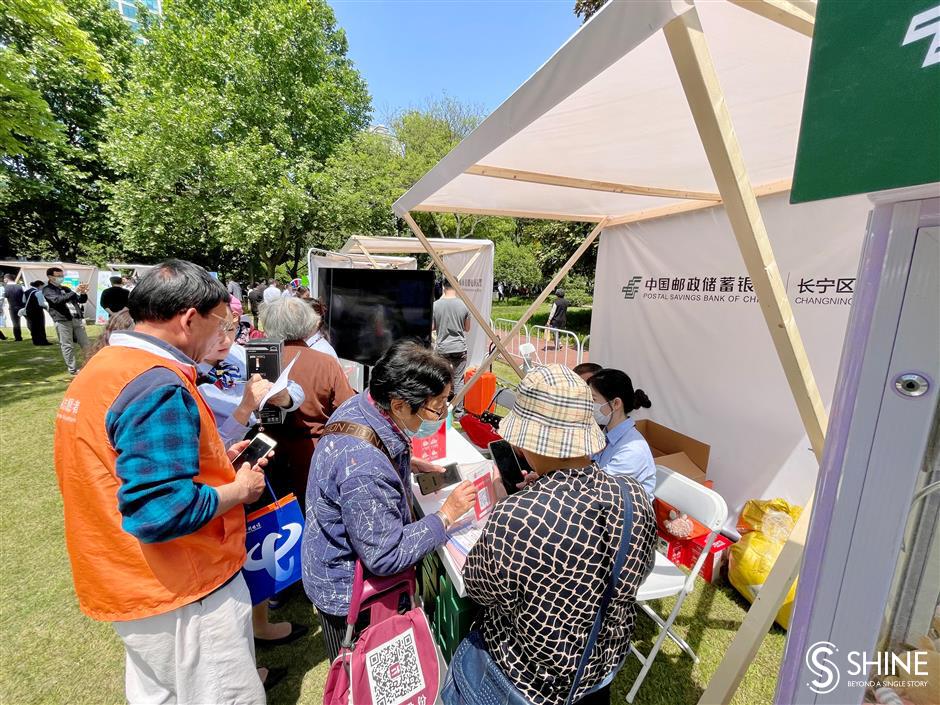 Visitors learn about digital currency at the booth of Postal Saving Bank of China.

The shopping festival in Changning also aims to invite local expats and overseas companies to participate.

Multiple shopping malls in the Hongqiao International Opening-up Hub have launched promotional events featuring imported products and popular brands from across the world.

Japanese department store Takashimaya will host an “Early Summer Shopping Festival” in May and June. More than 200 Japanese brands and nearly 10,000 products will be available at the Japan pavilion on the fifth floor.

The Arch Walk shopping mall will launch a Japan Fair with Japanese dances, products and activities about the Tokyo Olympics scheduled in July. 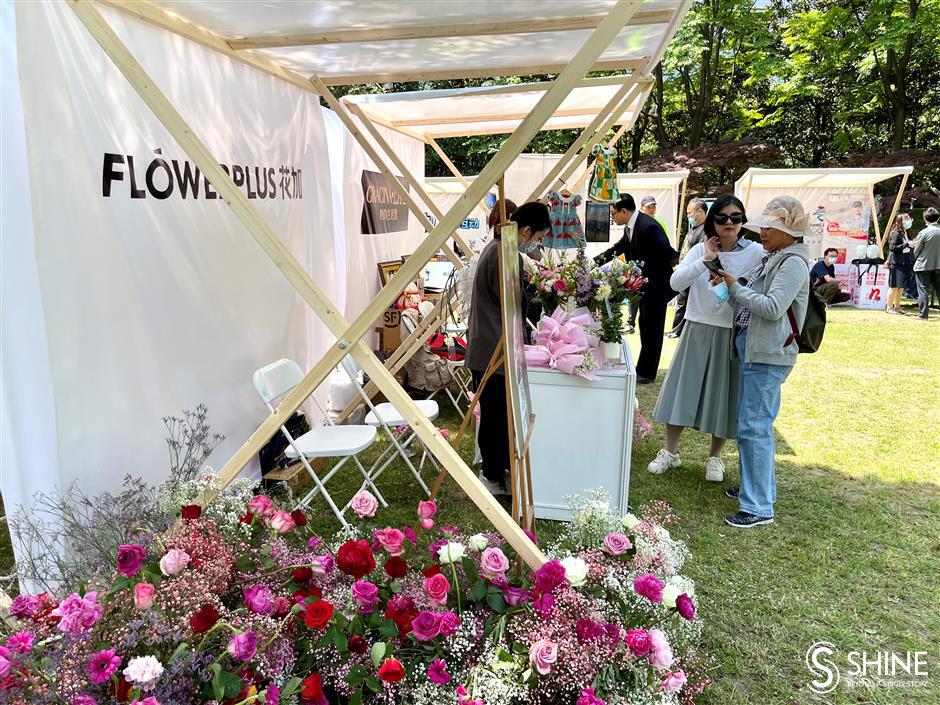 A booth of Flower Plus features special bouquets.