Xujiahui a magnet for shoppers amid shopping frenzy 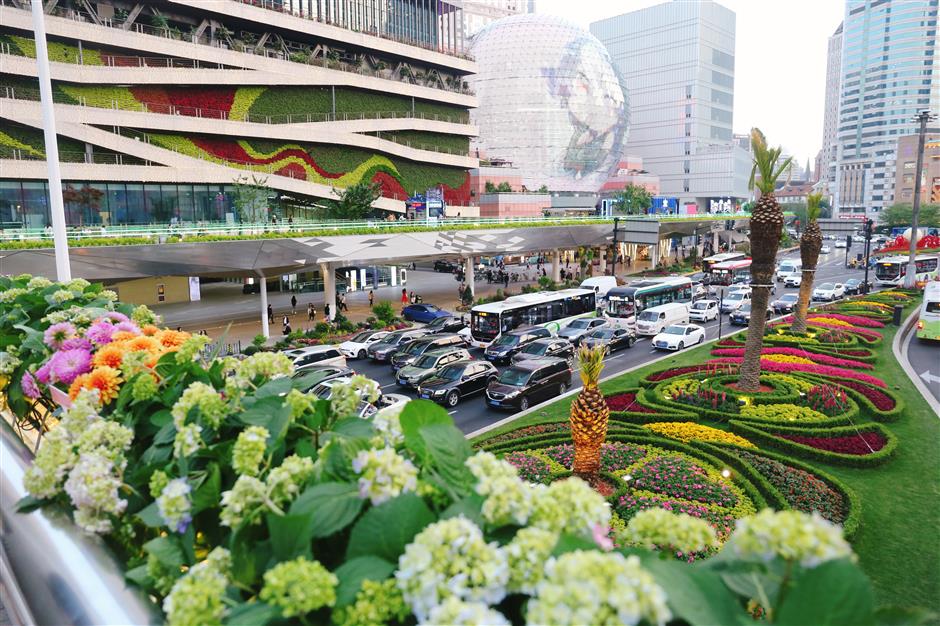 The Xujiahui Commerical Hub is decorated with more than 80 species of flowers during the May Day holiday.

The Xujiahui commercial hub has been attracting a bevy of customers during the ongoing May Day holiday amid the city’s annual shopping frenzy.

Total sales of the seven major department stores and shopping malls in Xujiahui, named after the Ming Dynasty scientist-scholar Xu Guangqi (1562-1633), reached 37.58 million yuan (US$5.8 million) on Saturday, the first day of the five-day holiday.

The renowned commercial hub had more than 20 percent more customers Saturday than on May Day in 2020.

The commercial hub and the newly opened skywalk have been decorated with flowers covering a total of 1,000 square meters. The site is one of the sub-venues of the 2021 Shanghai International Flower Show.

More than 80 species of flowers, such as peonies, butterfly orchids and cherry flowers, are in full bloom inside and outside of the shopping complexes. 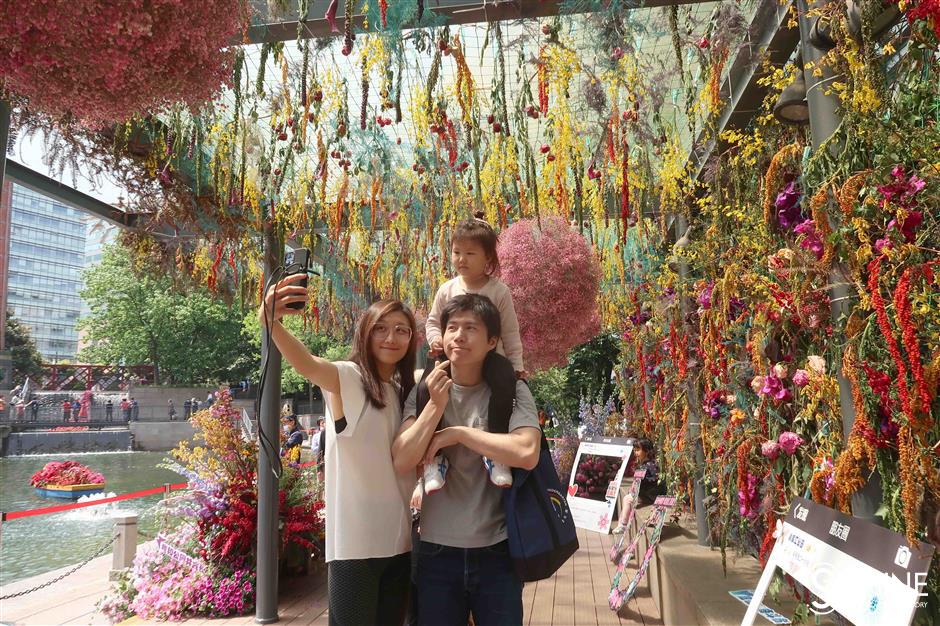 A theme park of the popular livestreaming platform Bilibili was launched at the opening ceremony of the shopping festival. Many famous animation figures will be introduced in the park to attract young people.

Nine young livestreaming hosts were appointed “experiencing officers” at the ceremony to sample the popular stores and eateries in Xujiahui for their online audiences.

The Xujiahui hub will release around 80,000 shopping coupons and WeChat discounts during the shopping festival. Customers can use the coupons at new stores, fashion outlets, popular restaurants and cosmetics stores in the malls.

A group of culture and entertainment coupons have also been issued to boost consumption at bookstores, cafes, cinemas, cultural centers and gyms. 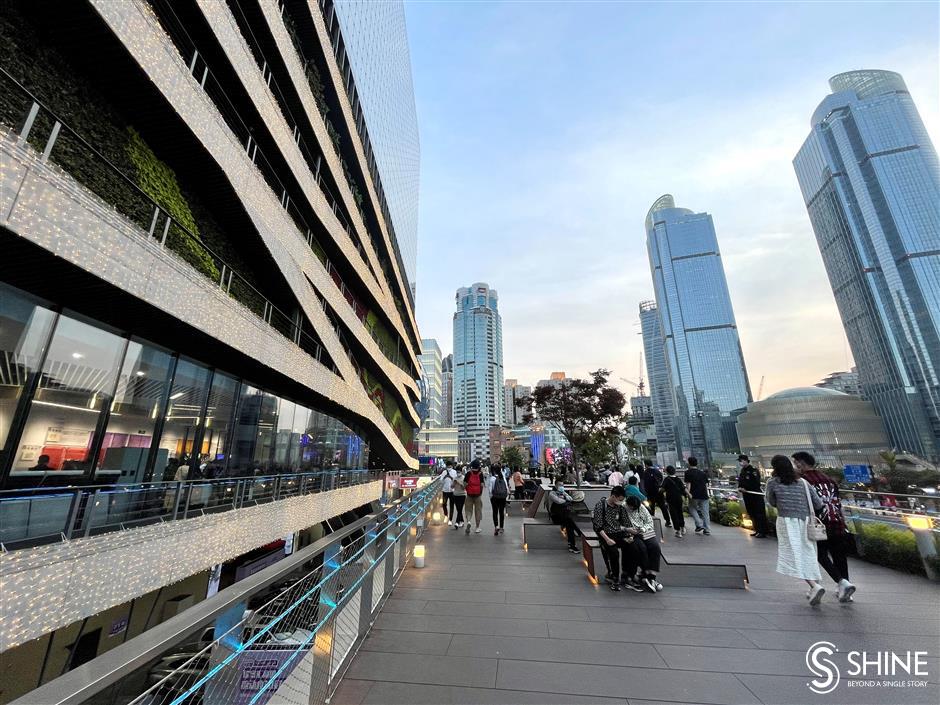 Customers stroll along the new Xujiahui Skywalk on Sunday evening.

As one of the most eye-catching projects, the 400-meter initial phase of the Xujiahui Skywalk connects the renovated Xiya Hotel, now the T20 building, with Huilian Mall and once popular digital markets Metro City and Pacific Digital City.

The next phase will link the Orient Shopping Center, Grand Gateway 66, Pacific Department Store and Xujiahui Center, which will be the tallest building in Puxi when completed in 2023.

The former three-star Xiya Hotel, built in 1995, has been redeveloped into the upmarket T20 complex. A T-Station public space was unveiled on Sunday on the second floor of the T20 complex to host the opening ceremony of the shopping festival. 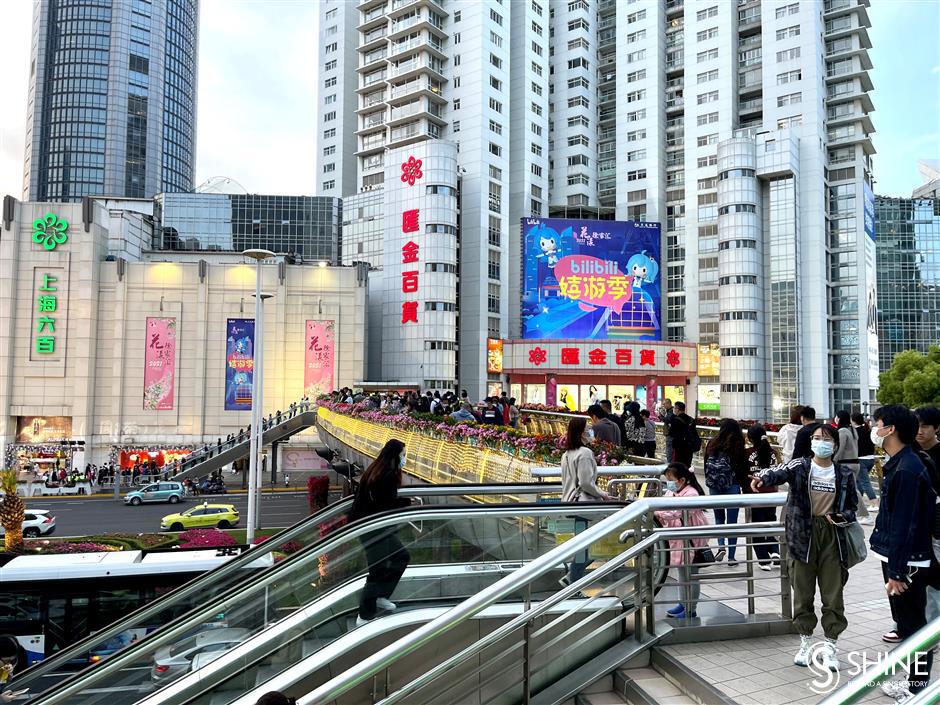 The shopping festival attracts a bevy of customers to the Xujiahui commercial hub.