After a 169-day renovation, the site of the Second National Congress of the Communist Party of China (CPC) reopened to the public today with an old look and new exhibition. 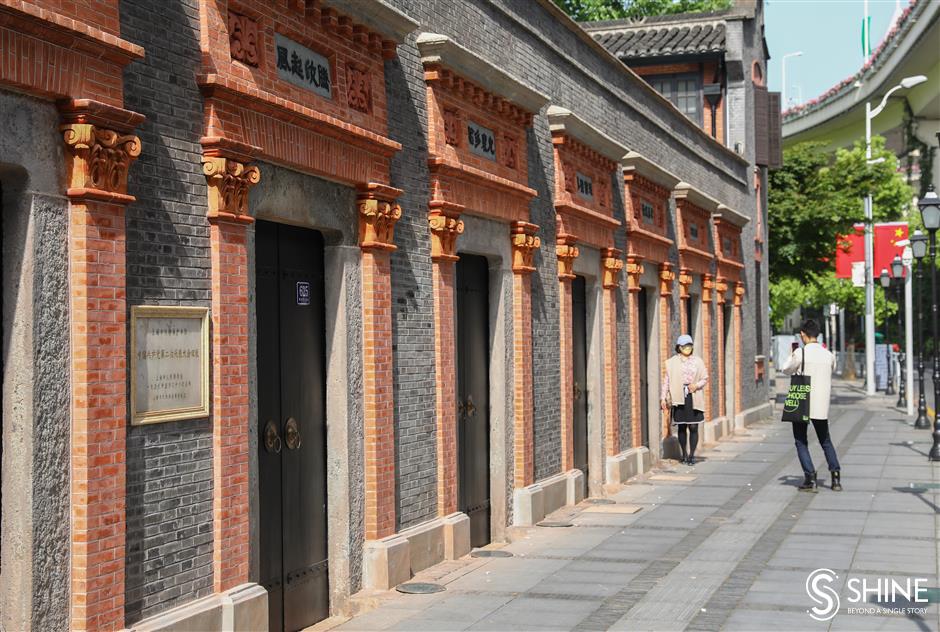 The site's facade has been restored to its original look. 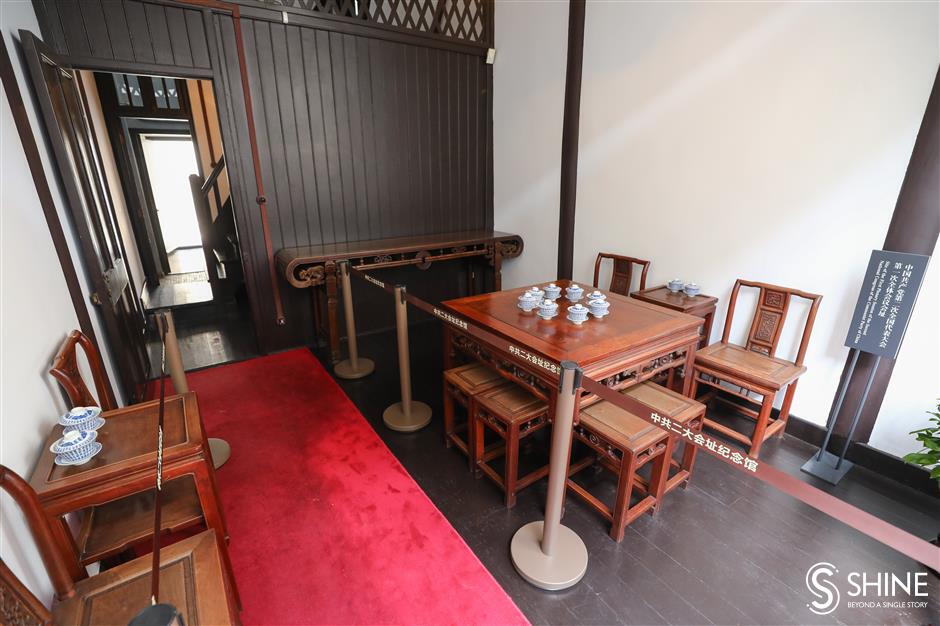 The site's conference room has been recreated to its original appearance.

The site, in the former Fudeli shikumen (stone-gate) neighborhood, was home to founding CPC member Li Da, who moved into building No. 625 with his wife Wang Huiwu in April 1921.

Comprised of rows of similar-looking shikumen buildings, Fudeli was a wealthy neighborhood near the former international settlement. It became one of few remaining clandestine sites that survived police raids and shielded secret meetings.

On July 16, 1922, 12 CPC delegates gathered in secret at Li’s house to attend the second national congress. Over eight days, they drafted the first CPC Constitution, consisting of six chapters and 4,000 words.

Over the past 20 years, the site has been renovated and expanded several times. The latest renovation began last November.

The site’s façade facing Yan’an Road M. — featuring eight doorways, 16 brick columns and lintels — has been restored to the way it looked when it was completed in 1915 to welcome the 100th anniversary of the founding of the CPC.

“In previous renovations, workers just coated cement on original clay bricks. It’s like daubing paint on human faces. It’s stuffy,” said Wu Gongbao, a veteran renovator of old buildings. “So in the first phase of the latest renovation, we washed away layers of ‘makeup’ from the façade. Then, we used natural limestone and incorporated traditional methods used by workers about a century ago to repair it.“ 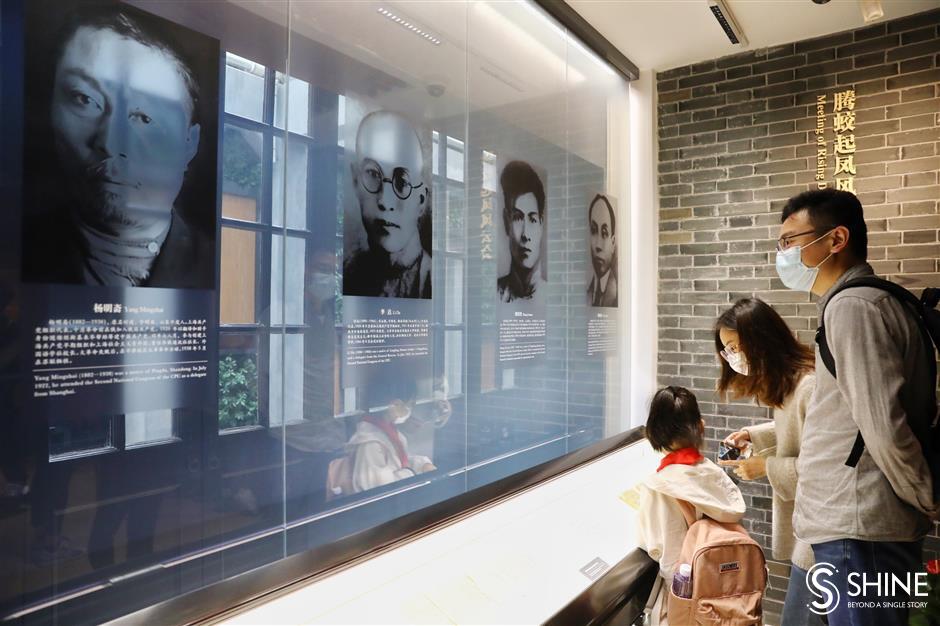 Photos of the delegates are displayed in a glass wall. 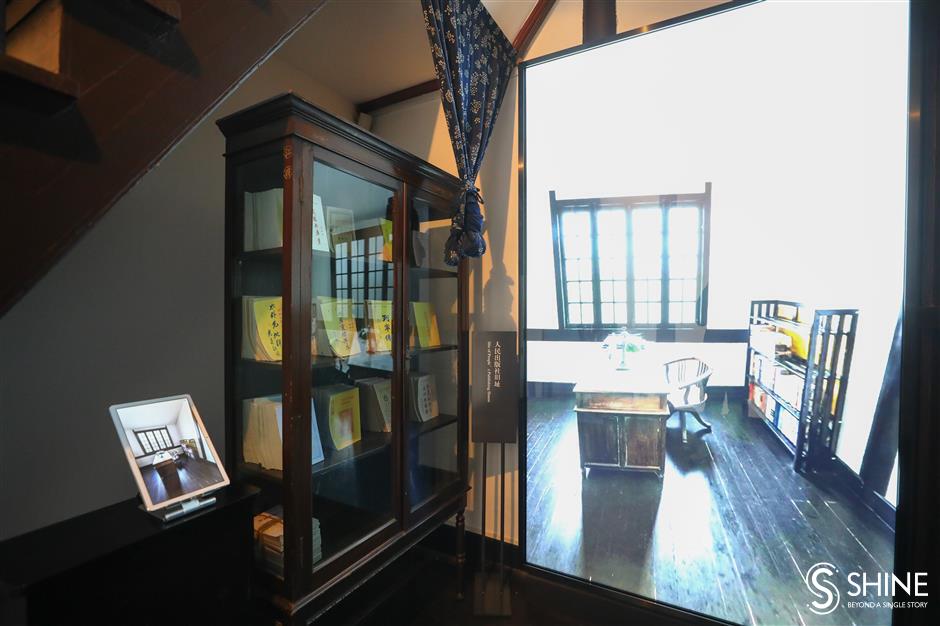 Visitors can take in a 360-degree view of the People’s Publishing House in its infancy.

The exhibition has also been upgraded to emphasize the site was a memorial built in shikumen style.

Photos of the delegates are displayed in a glass wall, through which visitors have a view of a typical shikumen neighborhood lane on the other side.

The conference room was recreated based on Wang’s memory. It was simple with a table and some chairs. During the meetings, Wang held her newborn daughter and kept watch outside.

A depiction of the meetings can be seen in artist Yu Xiaofu’s oil painting.

It started as a one-man workshop, with Li serving as editor, proofreader and publisher. To prevent the publication from being discovered by the ruling Kuomintang government, Li printed a fake address and disguised CPC propaganda leaflets as New Year’s cards.

Special Reports
ADVERTISEMENT
62424
,
Millions on the move as city takes a break
Rail travel proves popular holiday choice
Jinshan fair a feast of cultural heritage
Range of new beauty products debut at local cosmetics festival
Temperatures to increase as 'Summer Begins'
Riders on their bikes for online competition
Uptick in consumer complaints over holiday
The Belt and Road Initiative through the eyes of a German expat
No new COVID-19 cases reported in Shanghai
Crowds return to Show Life for holiday performances
EXPLORE SHINE