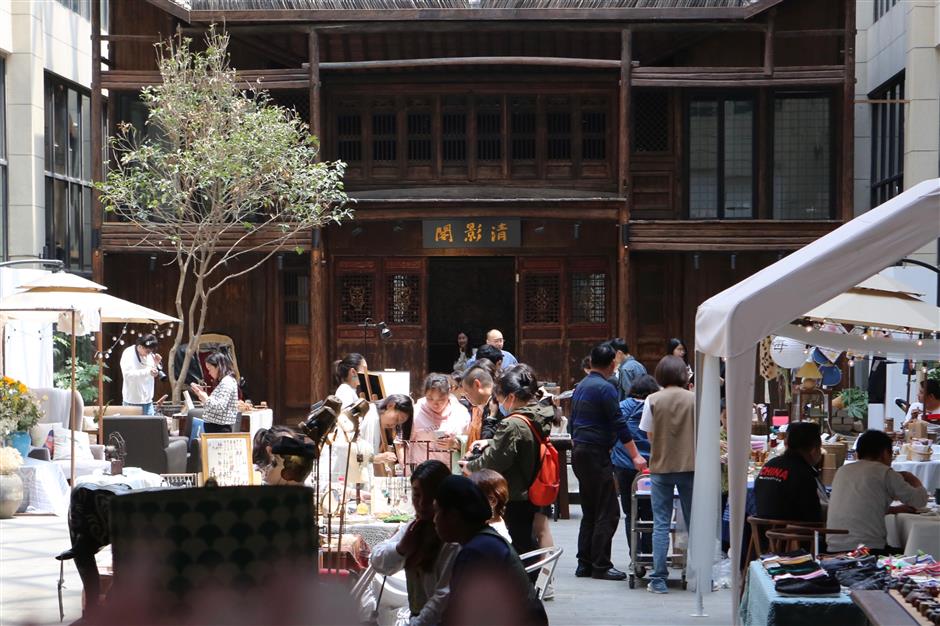 The three-day cultural fair in Shanyang Town in Jinshan District ends on Wednesday. 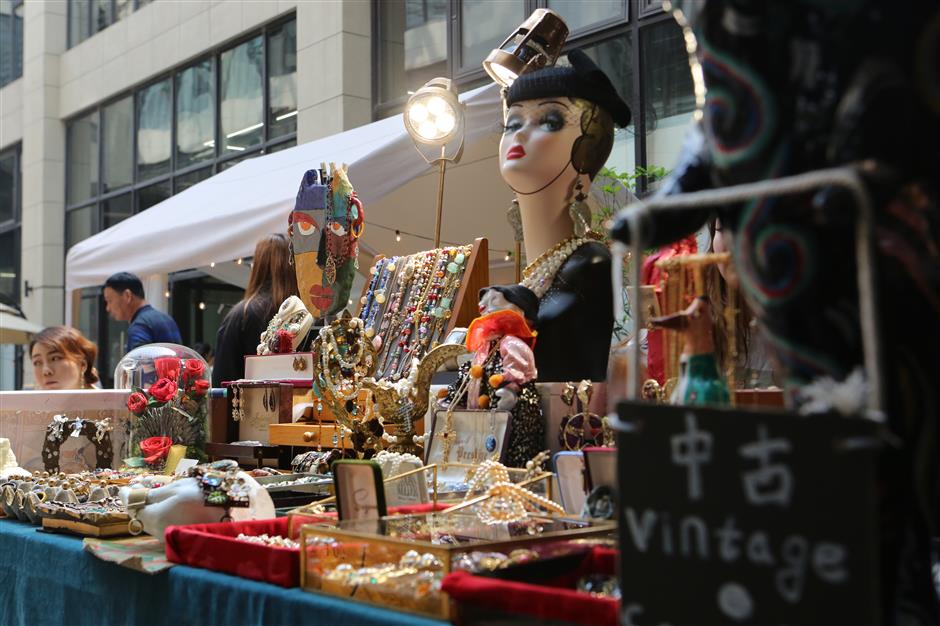 There is something for everyone on sale at the fair.

Jinshan District in the southwestern outskirts of Shanghai was buzzing during the Labor Day holiday.

More than 70 experts in various crafts from cities in the Yangtze River Delta and central China’s Hubei Province were in the district’s Shanyang Town to display their work at the three-day annual cultural fair.

The fair at the Haikuo East Bund Cultural Creative Industry Park drew to a close on Wednesday. In its fourth year, it aims to promote intangible cultural heritage across the nation.

“I hope that cultural creative industries can really get rooted in Jinshan. I want people to feel a new different side of Jinshan. It’s more than just countryside,” said Li Wei, a Jinshan native who is in charge of the site.

Li Rizhao drove for nearly 14 hours from Hubei capital Wuhan to take part in the fair. He brought food from the Shennongjia forestry zone, including honey and wuweizi jiu — a liquor infused with a local herb called wuweizi.

“It’s my first time at the fair,” he said. “It provides a good platform to display products from Shennongjia, and allows me to make friends. I will be sure to come next year.”

Zou, who came from Hangzhou, capital of neighboring Zhejiang Province, is an old friend of the fair. He was selling handmade jadeware and accessories.

“I’ve participated three times. But every time I discover something new. I really like it,” he said.

Wei Ling, an inheritor of Jinshan’s intangible cultural heritage of weaving and knitting skills, said that over the four years she could feel people’s increasing pursuit of cultural life.

Chang Feng, a Shanyang native, displayed over 40 of his bonsai works.

Xu Jinhui, from Jinshan’s Zhujing Town, was at the fair with family members. He was happy to have such a cultural fair on the doorstep.

“The handcrafts are exquisite. They are original and unique. It’s good to bring kids here to experience the charm of traditional Chinese culture,” he said. 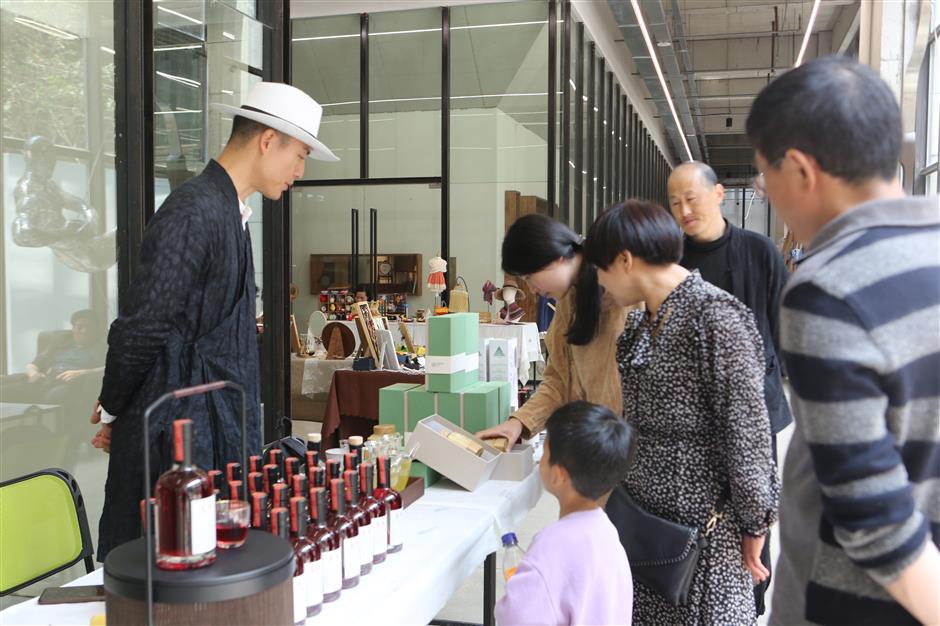 Li Rizhao is selling produce from the Shennongjia forestry zone.