A bustling Shanghai Hongqiao Railway Station during the holiday. 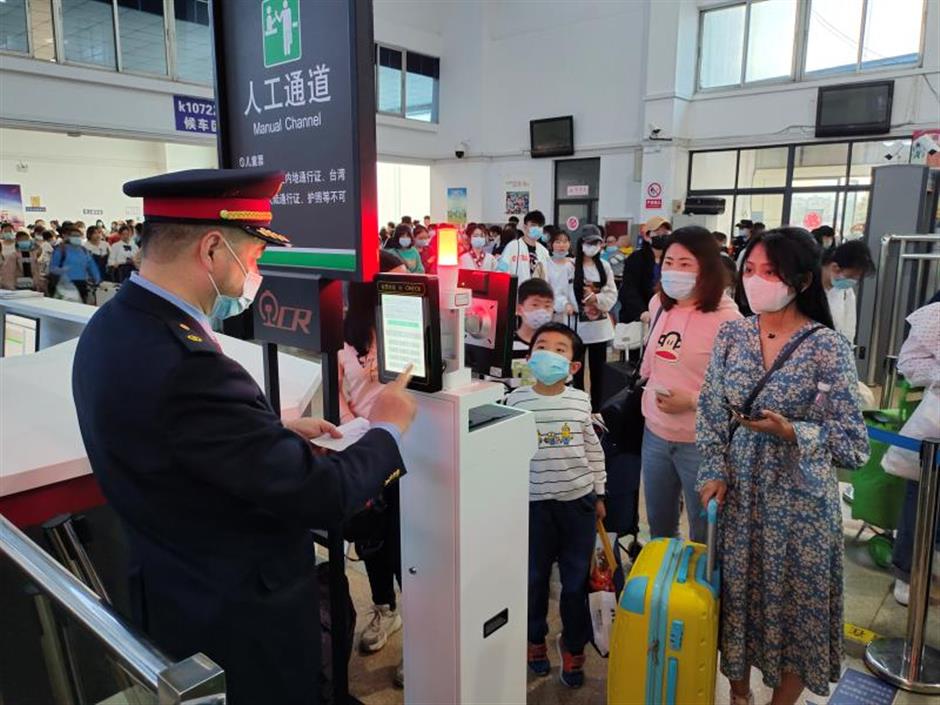 Holidaymakers queue to have their tickets checked at Tongcheng Railway Station in Anhui Province.

A returning travel rush by rail was witnessed on Wednesday in the Yangtze River Delta region, last day of the five-day Labor Day holiday.

Between April 29 and Wednesday, more than 21.96 million passengers took trains in the region, up 145 percent compared with the same period last year.

A travel boom coupled with people returning to their hometowns contributed to the growing number of passengers, the group said.

Railway stations in cities with "red" tourist sites, such as Shanghai, Jiaxing, Nanjing and Xuzhou, witnessed a strong increase in passengers during the holiday, according to the group.