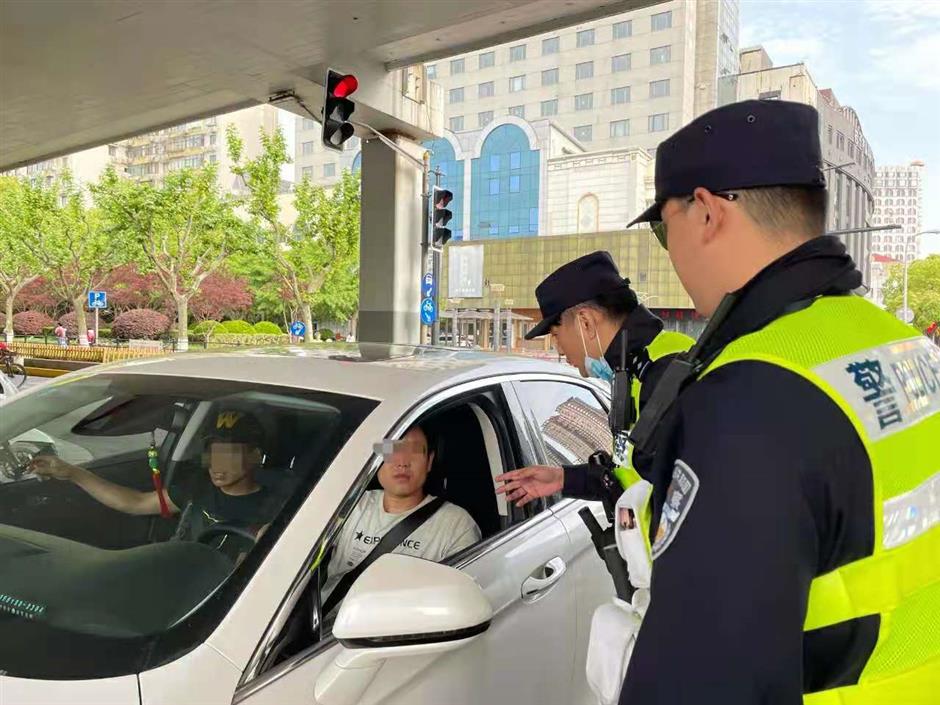 A car with a non-Shanghai plate is stopped by police at the intersection of Zhongshan Road N2 and Quyang Road.

Rush hours in the city center on Thursday saw less congestion on the first day of a new plate ban.

From Thursday, small passenger cars with non-Shanghai plates are banned from entering the area within the Inner Ring Road from 7am to 9am and from 5pm to 7pm from Monday to Friday, except during public holidays.

Some motorists who drove in the area on Thursday said their travel time was almost cut in half.

At the intersection of Quyang Road and Siping Road in Hongkou District, a man surnamed Zhuang drove past the spot at 8:10am.

Zhuang said he set off from Dabaishu, about 4 kilometers away, and it usually took him 20 minutes, but this time it took him only 10 minutes.

The effect seemed to have extended after the hours of ban.

A woman surnamed Xin arrived at her office in the Jing’an Temple area at 10am, 20 minutes earlier than she had planned on Thursday morning.

Xin usually drove down the Outer Ring Road at Wuning Road in Putuo District and via streets to her downtown office. It usually took her 45 minutes.

“I figured that due to the ban many people who commute in their cars with non-Shanghai plates gave up the option,” she said.

At the busy intersection of Zhongshan Road N2 and Quyang Road in Hongkou District, Zhang Jun, a traffic police officer, said traffic flow was reduced by 20 to 30 percent on Thursday morning.

“Sometimes the congestion was caused after some cars blocked the intersection, but it didn’t happen this morning,” he said.

Between 7am and 8am, six motorists in cars with non-Shanghai plates were stopped by police at the intersection at the Inner Ring Road, before traveling further into the area within the ring road.

One of the motorists said he was a tourist and not aware of the new plate ban.

The motorists were turned away.

A sign about the plate ban was placed at the intersection.

Previously, Shanghai police said traffic cameras will be looking out for offenders, with tickets sent to them later, while traffic police officers on patrol when spotting offenses will notify motorists about the ban and ask them to leave the area within the Inner Ring Road.

Offenders caught on camera will be fined 200 yuan (US$31) with three points deducted from their licenses. 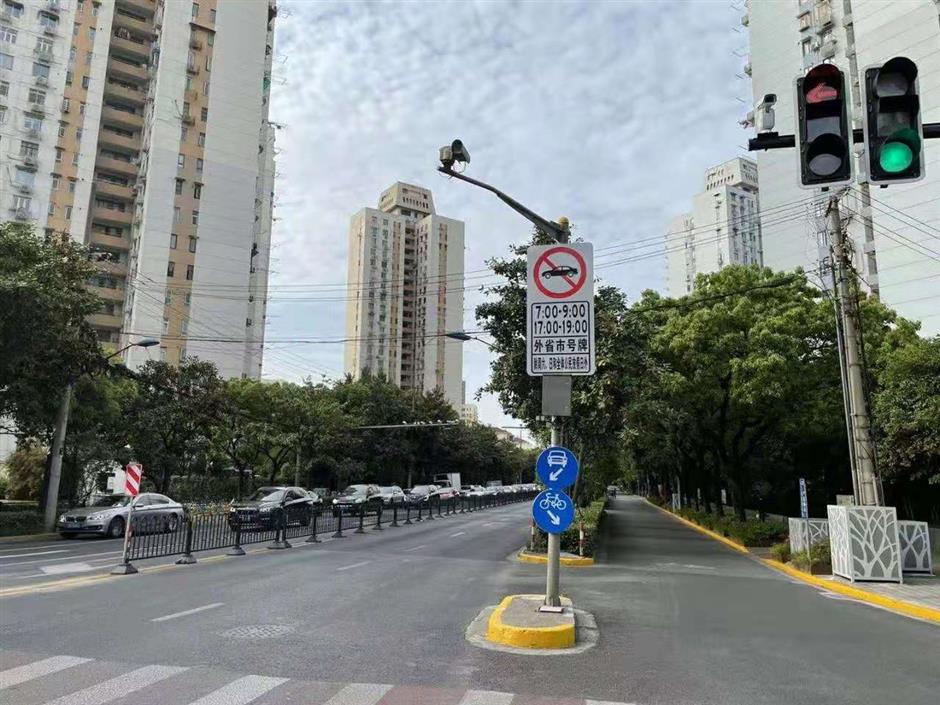 A sign about the plate ban at the intersection of Zhongshan Road N2 and Quyang Road.