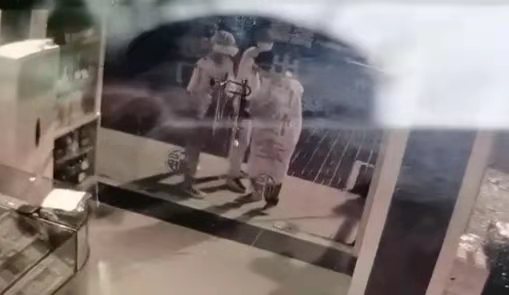 Officers at Jiacheng Police Station in Jiading District received a report at 1am on Tuesday about a robbery at a mobile phone shop on Qinghe Road.

From surveillance cameras on the street, police spotted five men who broke the lock on the shop's door and entered it.

The suspects are also alleged to have broken into a cigarette and alcohol shop, as well as a store that sells wedding cakes.

High-value goods were stolen from both shops, according to the police.

Police soon identified the suspects and tracked them down later on Tuesday in Ningbo, Zhejiang Province.

The suspects are under detention.

More than 97 percent of all burglary cases reported in Shanghai so far this year have been solved, Shanghai police said.