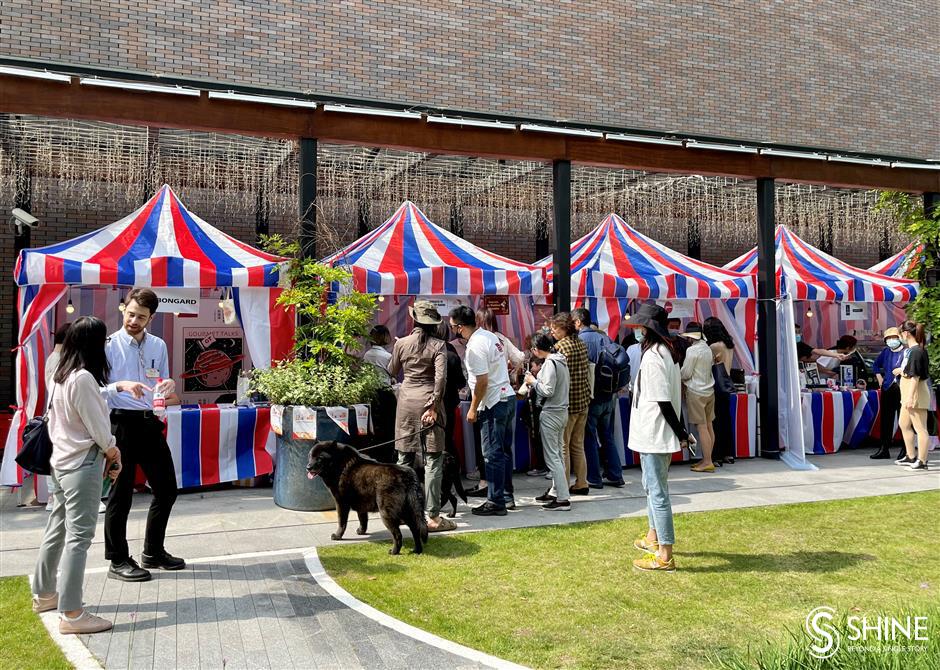 France’s La Fête du Pain, or "festival of bread,” has arrived in Shanghai as part of the city's Double Five Shopping Festival.

Featuring renowned bakers and bakeries, the Shanghai French Bread Festival kicked off on Friday at the Shanghai Symphony Orchestra Hall in Xuhui District. A bazaar showcasing French bakeries and other food products runs through Sunday.

Nine leading French bakeries and food companies, including renowned yeast manufacturer Lesaffre, equipment maker Bongard and cooking school Le Cordon Bleu, as well as the winning bakeries in a Shanghai baking competition, are presenting their bread and food products. Some world champion bakers will be demonstrating their skills over the weekend.

The annual festival, to be held in both China and France, is expected to become a cultural bridge between the two countries, said Jo Yu, chief marketing officer of Lesaffre Group China, organizer of the event. 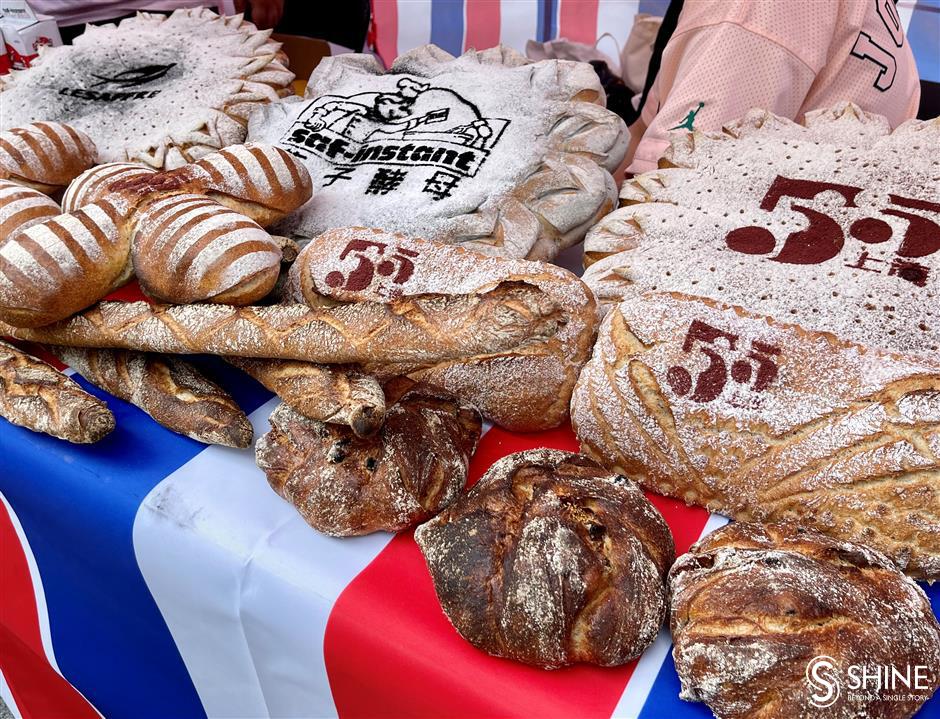 Various kinds of award-winning breads are available to taste and buy at the festival.

The group, which was established around 170 years ago, is one of the organizers of the traditional La Fête du Pain in France. It is also an active participant in the annual China International Import Expo.

The bread festival is one of the highlights of Xuhui’s Double Five Shopping Festival this year, according to the district’s commerce commission. The downtown district launched its shopping festival on May 2 at the Xujiahui hub with multiple sub-events related to coffee, food, glass and young people.

“Residents and tourists are invited to experience French cuisine and culture at the orchestra hall during the bread festival,” said an official with the commission.

The La Fête du Pain begins on May 16, or Saint Honoré Day, in France every year as a carnival for bakers. Bakeries across the country take part in the festival by showcasing their skills and promoting newly baked breads for a week. It is a major tourist attraction. 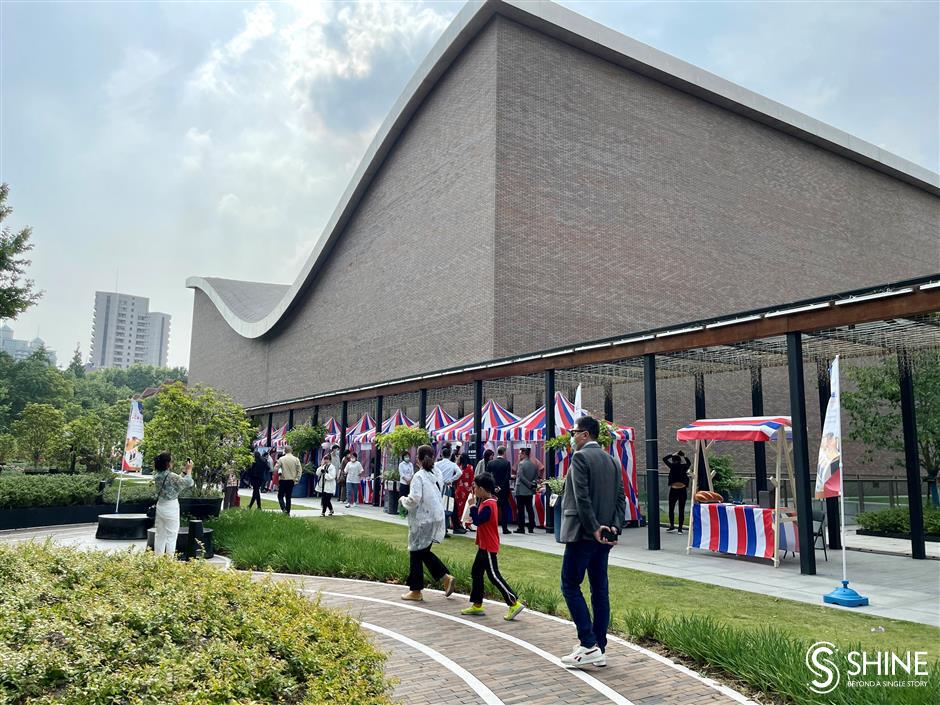 The festival runs through the weekend at the square of the Shanghai Symphony Orchestra Hall. 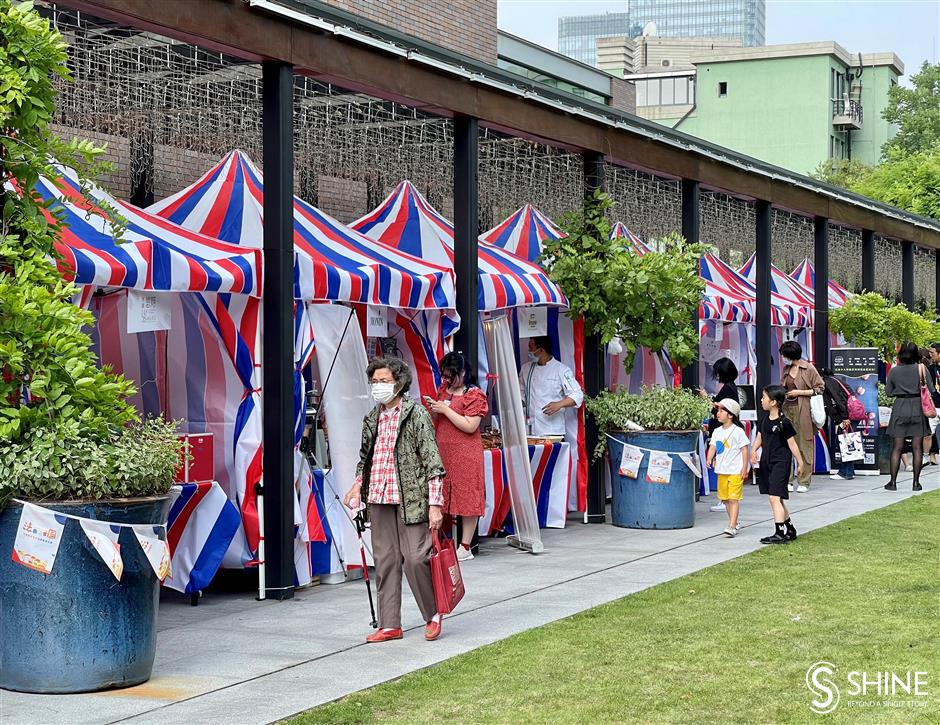 The festival attracts residents and tourists on its first day on Friday.