A police officer was injured while dealing with a man wielding a knife at a residential complex in Changning District, Shanghai, on Thursday afternoon.

Lu Ruiyang, 28, had been told by community officials that a couple needed help due to the behavior of their adult son who suffers from schizophrenia.

When Lu went with officials to see the family, the son was anxiously walking up and down in his room.

When he saw the visitors, he suddenly grabbed a knife from his nightstand.

“Shall we talk?” Lu said, but almost at the same time the man came toward him waving the knife. Lu pushed the parents aside but suffered injuries to his head and shoulder when the man attacked him.

He then returned to his room and Lu called for backup. 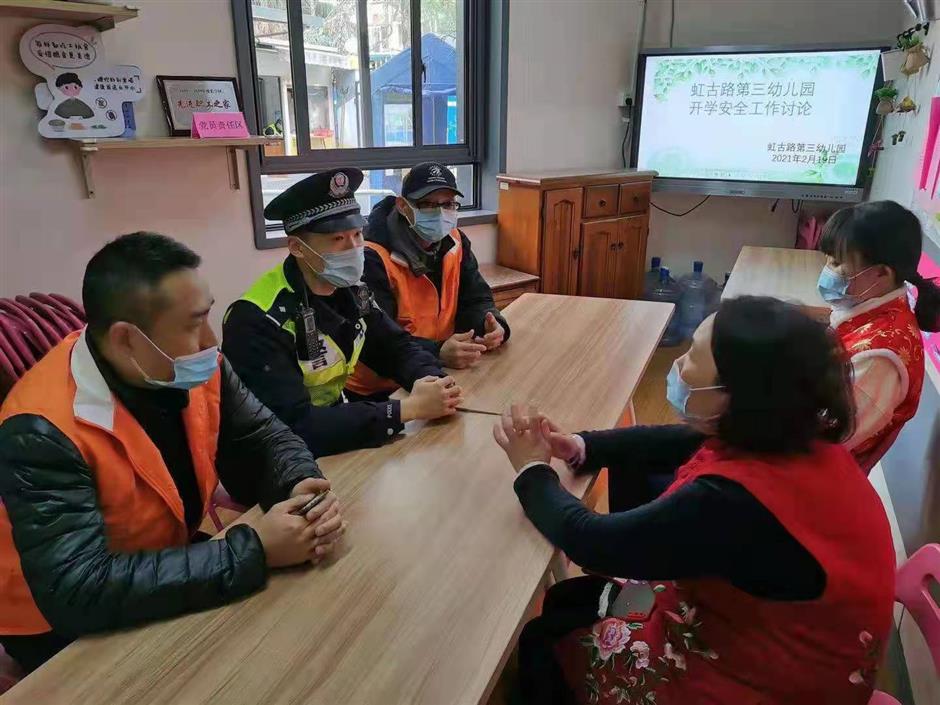 Lu Ruiyang (second from left), pictured here at a meeting with kindergarten managers, was injured on Thursday when dealing with a man suffering from schizophrenia. 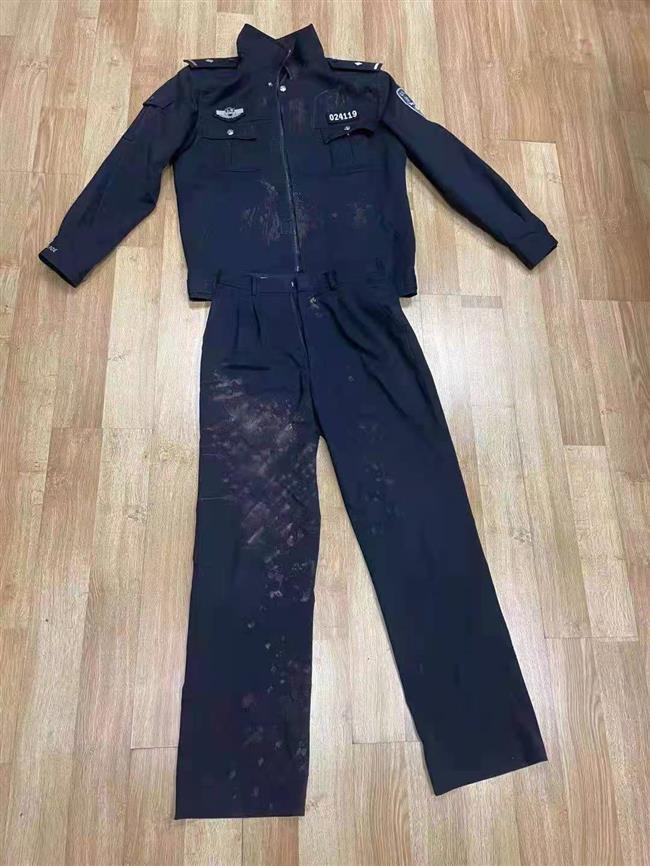 Lu Ruiyang's uniform after the attack