A Shanghai doctor who is providing medical support in Xinjiang conducted an emergency surgery on a 19-year-old Uygur student for a congenital heart disease on May 1. The student was discharged after recovery on Friday afternoon.

The surgery was urgent as the student was due to undergo a health checkup on May 17 for the college entrance exam. Poor health would have restricted her college application.

She was diagnosed with heart disease in April.

“The whole surgery was very successful and she will have a checkup result the same as other healthy students,” Zheng said. “We are so glad that our medical skill can help the student chase her dream.” 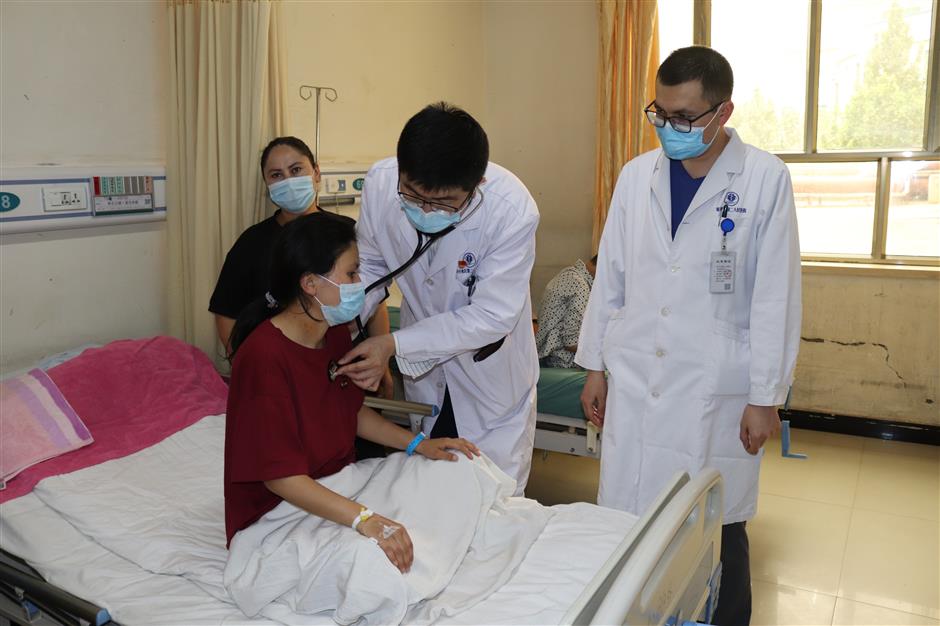 Shanghai has been sent professionals to Xinjiang Uygur Autonomous Region to give support and help improve local people’s skills and capabilities for years.

Medical experts are sent in groups to different hospitals in Xinjiang to share experiences from developed cities and introduce advanced technologies, theories and skills to those in Xinjiang.

“We introduce not only advanced skills but also a patient-centered theory and a proper patient management system to Xinjiang doctors, who are still poor on such a concept,” Zheng said.

“We teach them how to make medical decisions and solutions based on patients’ benefit instead of doctor’s convenience. It is a long-term task. Education should be conducted on not only Xinjiang doctors but also local people, who don't have the same health awareness as people in big cities.”

Zheng and other Shanghai doctors arrived in Xinjiang in March last year and their shift will end in late July or early August.

“The coronavirus epidemic also bought many challenges and trouble to our job, as the import of some medical equipment and even transportation inside Xinjiang were seriously impacted because of the epidemic," Zheng said. "The supply of some important equipment was seriously influenced. We had to make much more efforts to ensure the success of surgery, as patients can’t wait."

Zheng said he will carry out as much as surgery and share his experiences and ideas with local doctors to his best in his last 100 days.

"I pay more attention to young doctors in Xinjiang, as it is easier to regulate their practice and help them follow clinical guidance," he said. "I think they will be able to carry out complicated heart surgeries after the training of another two to three batches of Shanghai doctors in the future." 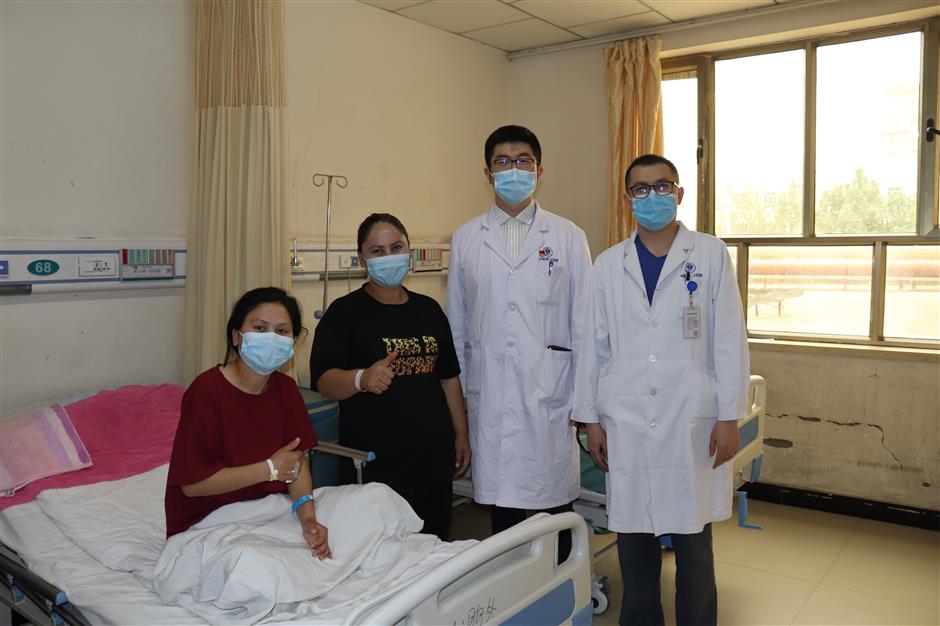 The Uygur student and her mother after the successful surgery.