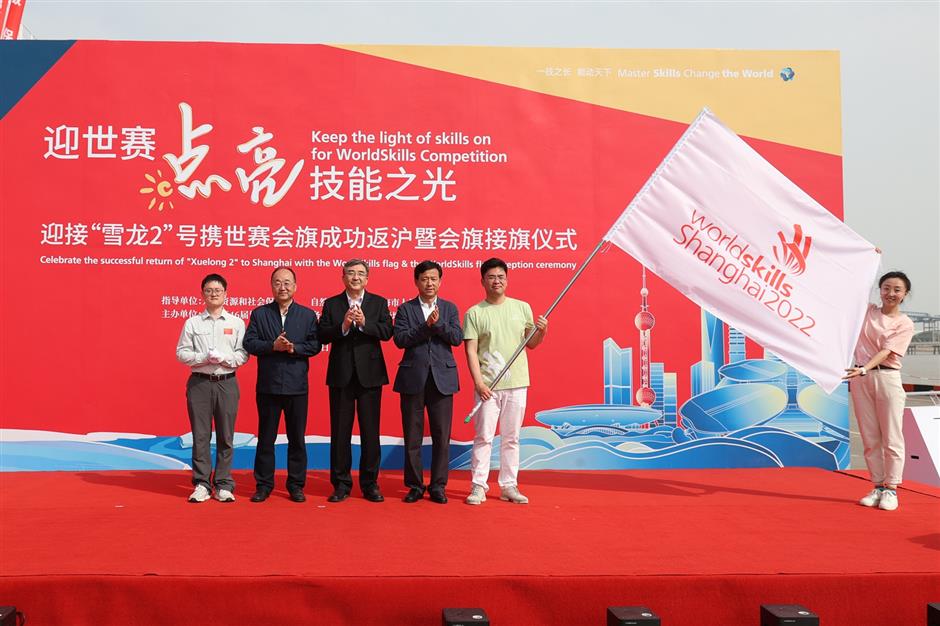 The flag of the 46th WorldSkills Competition is welcomed back to Shanghai on Saturday.

The flag of the 46th WorldSkills Competition has returned to Shanghai with the Xuelong 2 icebreaker after finishing the country’s 37th and the ship’s first independent Antarctic expedition.

A ceremony was held on Saturday to celebrate its successful return, where the flag was handed over to the WorldSkills Shanghai 2022 Executive Bureau.

The flag was given by the bureau to the expedition team when Xuelong 2, or Snow Dragon 2, set sail from its home port in Shanghai on November 10 last year. It returned on Friday after sailing more than 36,000 nautical miles.

The ship, with a length of 122.5 meters and a breadth of 22.3 meters, is China's first domestically built polar icebreaker and also the first of its kind in the world to be built with a dual directional hull and bow, allowing it to break ice in either direction.

The construction of the ship began at the end of 2016 at the Jiangnan Shipyard in Shanghai. It took more than 300 days and nights for over 3,000 workers to construct it out of 2,541 steel plates based on 8,736 design drawings.

In January, the vessel entered the Antarctica and made stops at China's Zhongshan Station and Great Wall Station, where the expedition team members flew the flag of WorldSkills Shanghai 2022. They also extended an invitation to the world to take part in the event set to take place in Shanghai on October 12-17 next year.

The trip was another occasion for the WorldSkills flag to arrive in an extreme environment, demonstrating the spirit of pursuing extreme excellence in artisanship and a wish for all competitors in the WorldSkills Competition to create miracles with their excellent skills.

On May 27 last year, it was brought by a team of intrepid Chinese mountaineers to the highest place on Earth – the summit of Mt Everest. 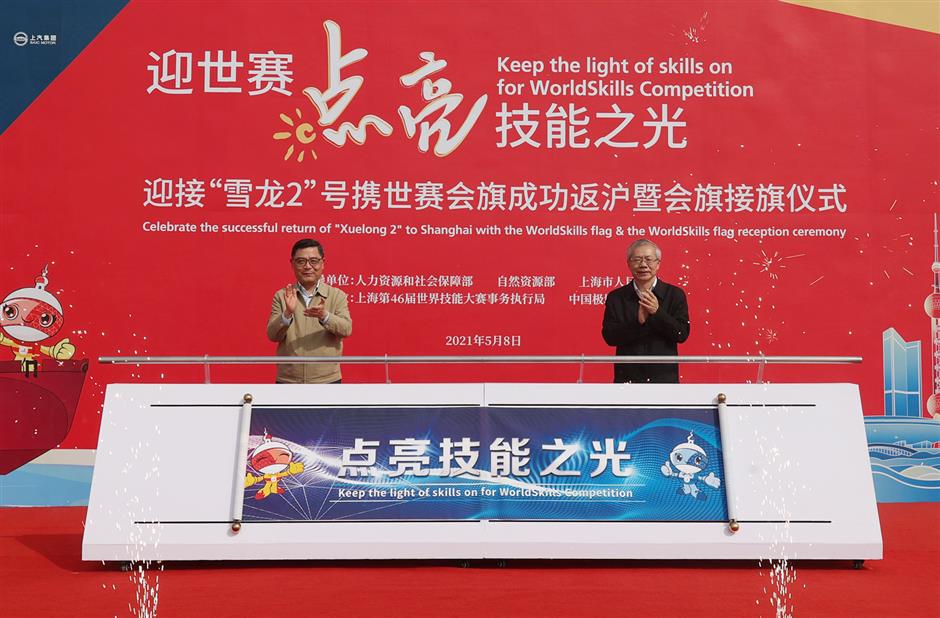 Officials celebrate the return of the WorldSkills Competition flag.

According to the WorldSkills Shanghai 2022 Executive Bureau, a series of activities will roll out between May and July, including promotions of the WorldSkills Competition at global landmarks, lectures by WorldSkills contestants, interactive events and talent shows by skilled people in local communities and around the world.

With the light of skills starting from Shanghai and reaching out to other cities in China and abroad, the organizers aim to promote the WorldSkills Competition and respect for skills and artisanship among young people all over the world.

Online activities will be organized on social media platforms, where users are welcome to submit photos and videos about landmarks, skill programs, mascots and other materials related to the competition to warm up for the event. 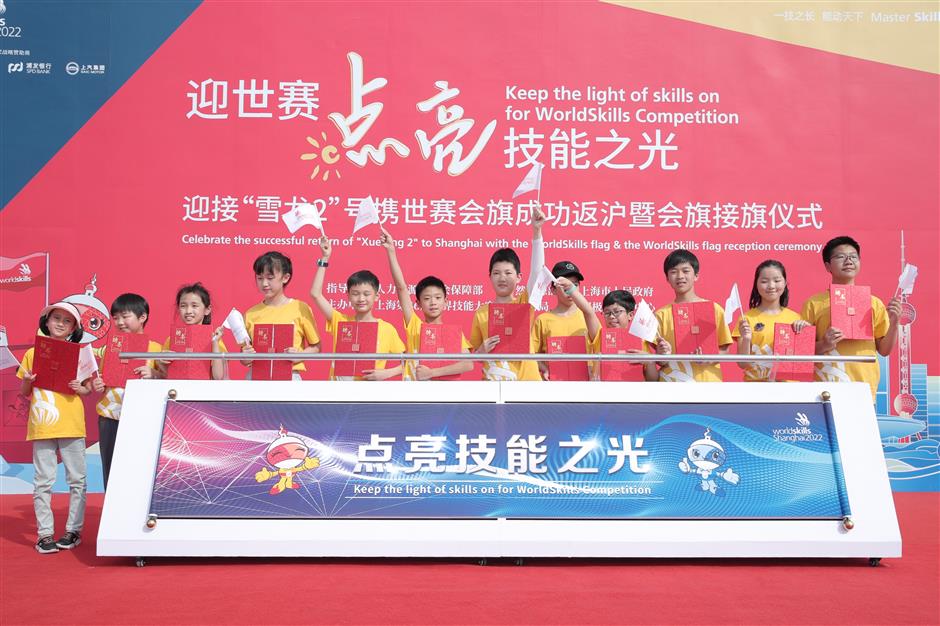