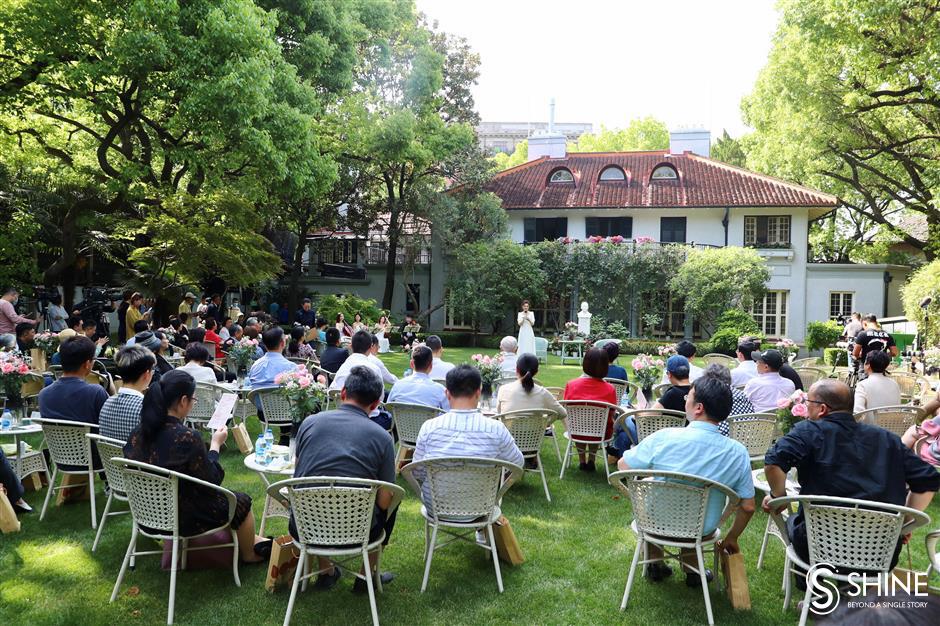 Local performers read the writings, letters and speeches of Soong Ching Ling, honorary president of People’s Republic of China, at her former residence in Shanghai on Monday to pay tribute to a national treasure and celebrate the centenary of the Communist Party of China.

The recital began with actor Tong Ruixin reading a letter to Song.

“Premier Zhou Enlai said you were a national treasure of the Chinese nation,” Tong read, “Today we are gathering at your home, in the garden where you used to rest, with the camphor tree that had accompanied you behind and doves flying through the branches. We are paying tribute to you by recalling memories of you and retelling the legendary life story of you.”

The residence was where Soong spent most of her life and which she called a “lovely home.”

Soong was born and grew up in Shanghai. She married Sun Yat-sen, founder of the Kuomintang, in 1915 and assisted him in his revolutionary efforts. After he died in 1925, she continued to play an important role in China’s social and political development. Soong moved into the residence in the spring of 1949 and lived there until her death in 1981.

In the house, she witnessed the liberation of Shanghai and accepted an invitation to attend the first plenary session of the Chinese People’s Political Consultative Conference. After the founding of the People’s Republic of China, Soong served in several prominent positions, including vice president. She also met a number of CPC leaders and foreign heads of state at the house.

On May 11, 1956, she organized a party in the garden to welcome women from 24 countries who were in Shanghai for a meeting of the International Council of Women's Democratic Federation.

Monday’s recital was organized in the form of the tea party.

Soong organized a tea party on May 11, 1956, to welcome women from 24 countries who were in Shanghai for  a meeting of the International Council of Women's Democratic Federation.

The readings selected for the event demonstrated Song “always being with the Party.”

Soong made indelible contributions to the Chinese revolution and the founding and development of New China throughout her life. The readings recounted Soong and Sun's love, her patriotic feelings, her lifelong journey to build a bright future for the country with the Communist Party.

Tong read Soong’s “Salute to the Communist Party of China” in a resonant voice. In the congratulation letter Soong wrote in June 1949 to celebrate the 28th anniversary of the founding of the CPC, she used six "salutes" and one "long live" to show her joy and cheer for the victory of Chinese people and the revolutionary cause led by the CPC. The atmosphere reached its climax as the whole audience jointly read the words "Salute to the Communist Party of China,” reflecting Soong 's lifelong belief in fighting for the communist cause. 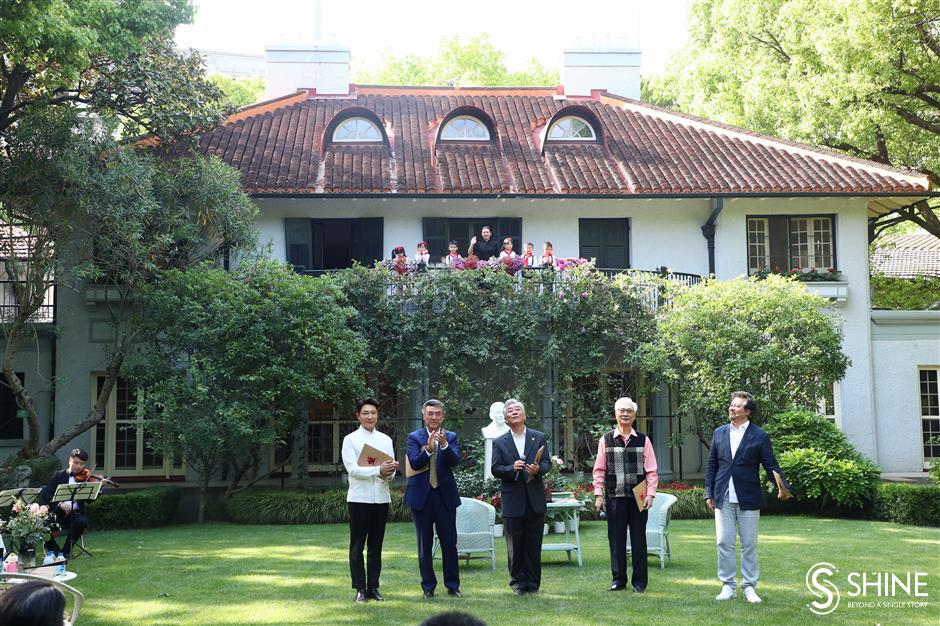 An article Soong wrote in 1979 embodied her understanding of life when she was over 80 after experiencing years of ups and downs as well as her most sincere hopes for her beloved country.

“Today I am in my eighties. When I saw that the international and domestic situations are wonderful, and that the ship of new China, after overcoming the danger of capsizing, has braved the wind and waves and is moving forward with high spirits, I feel incomparably happy,” read Shanghai actor Da Shichang, “I saw the new brightness of my country again.” 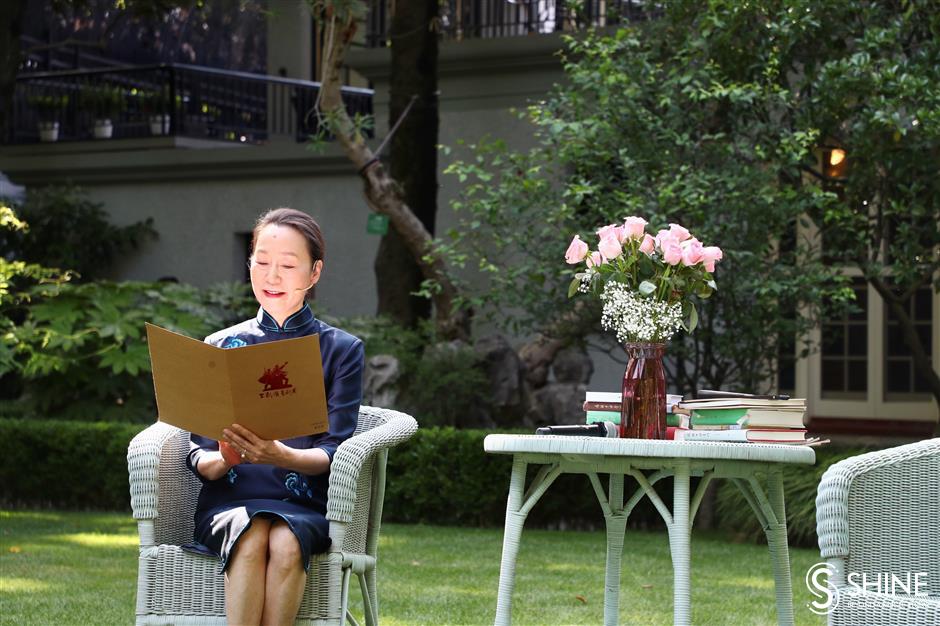 Xi Meijuan, a Shanghai actress, reads a speech by Soong.

Soong also played an important role in promoting the welfare of women and children in China.

“Lovely children, when I think of you, I see those vibrant saplings in front of my eyes,” Gong Xue, a Shanghai actress, recited.

The article, written by Soong for children, compares children to saplings. The poetic language reflected Soong's deep love and high expectations for them.

The event ended as people lined up to bow to the statue and present flower tributes.