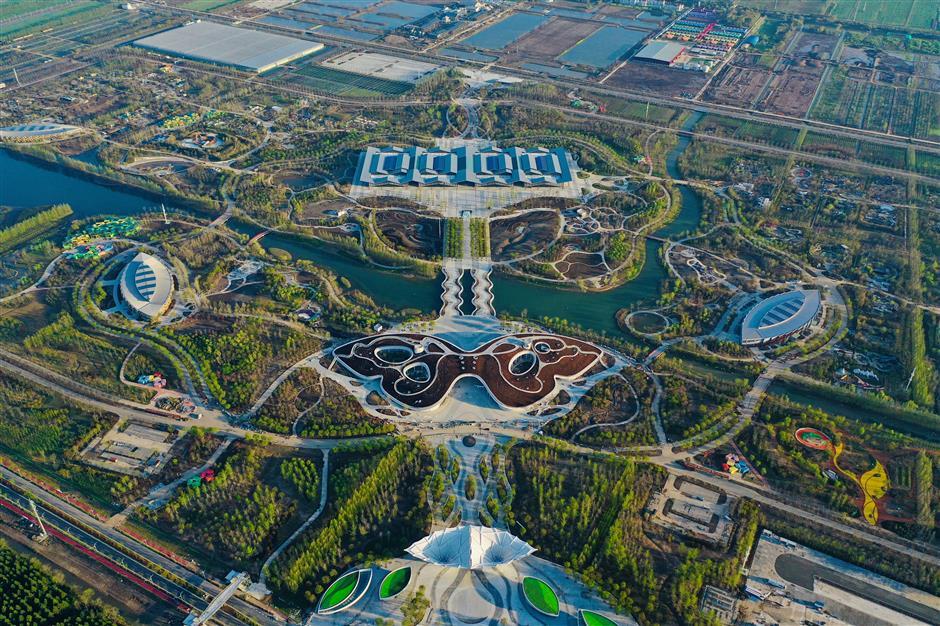 A bird's-eye view of the 10th China Flower Expo site in Chongming District.

There will be nearly 200 exhibitors at the 10th China Flower Expo on Chongming Island from May 21 through July 2.

All the nation’s provincial areas will showcase their unique species to mark the 100th birthday of the Communist Party of China.

By the end of last year, the flower planting area in China had reached 1.5 million hectares with annual sales of 250 billion yuan (US$39 billion), making China the world’s biggest flower production base, according to Liu Dongsheng, deputy director of the State Forestry and Grassland Administration.

The flower industry plays an increasingly important role in China, Liu said, and has become an important pillar for many urban and rural economies.

“By vigorously developing the flower industry, it has played an important role in greening and beautifying the environment, promoting the revitalization of the village, increasing the income of urban and rural residents, improving the quality of people’s lives, increasing the green carbon sink, and guiding civilized consumption and a green life,” Liu said.

“The 10th flower expo is the first national flower event held on the island, in the countryside and in the forest. It is a flower festival with all provinces, municipalities, autonomous regions, Shenzhen, Hong Kong, Macau and Taiwan participating, with the most outdoor gardens and the most enthusiastic participation from foreign cities.”

Tickets went on sale on May 1 and can be purchased at travel agencies or by calling the 400-100-0701 hotline, said Tang Zhiping, vice mayor of Shanghai.

There are discounts for senior citizens, students, soldiers, firefighters and disabled people, according to Tang.

So far, 99.53 percent of the personnel involved in expo have been vaccinated against COVID-19, Tang said.

“During the flower expo, we encourage people to visit in groups. Seven special bus lines will be set up on Wuzhou Avenue, Longyang Road and other places, 10 customized passenger lines will be set up at the Hongqiao Transport Hub, People’s Square and elsewhere, and two special land and water transport lines will be added,” Tang said

The expo will feature performances by unmanned aerial vehicles, a floats parade and nighttime activities.

“There are 293 hotels, 988 residential accommodation and 26 temporary accommodation facilities on Chongming Island, which can provide 43,000 beds to meet the needs of tourists,” Tang said.

“The flower expo can allow 9,000 people to eat at the same time and while onsite dining is mainly fast food, there are also formal Chinese and Western dishes available."

A number of temporary catering facilities, convenience stores, 16 mobile dining cars and vending machines will be set up in the expo park which will also have medical stations and ambulances.

“Intelligent security equipment has been installed in all open areas and parking lots in the expo park. There are two helicopter emergency take-off and landing points in the park and three police helicopters,” Tang said.

“Famed Chinese baritone Liao Changyong and Olympic diving champion Wu Minxia have been invited to act as public image ambassadors at this flower expo,” he added.

Zhao Liangping, vice president of the China Flower Association, said the layout of the flower expo is “one center, one axis, six pavilions and six gardens” to show the pattern of “blooming flowers in prosperous times and glorifying China.”

“One center” is the core area of a “Dream Garden,” with peony as the composition element. Through flower beds, a flower path, flower stream and flower valley, a beautiful landscape of “peony blooming, welcome the flourishing age” is created, according to Zhao.

The west part features the gardens of subsidiaries of the China Flower Association, sister cities around the world, international designers, Chinese and foreign flower enterprises, and those showcasing new species and vegetables. 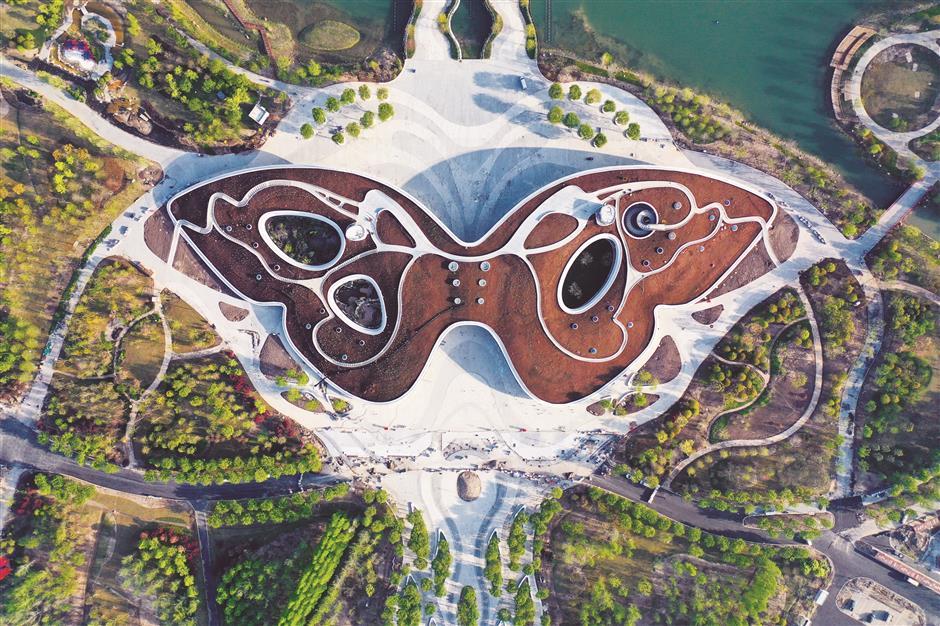