Elderly residents settling in at their new home 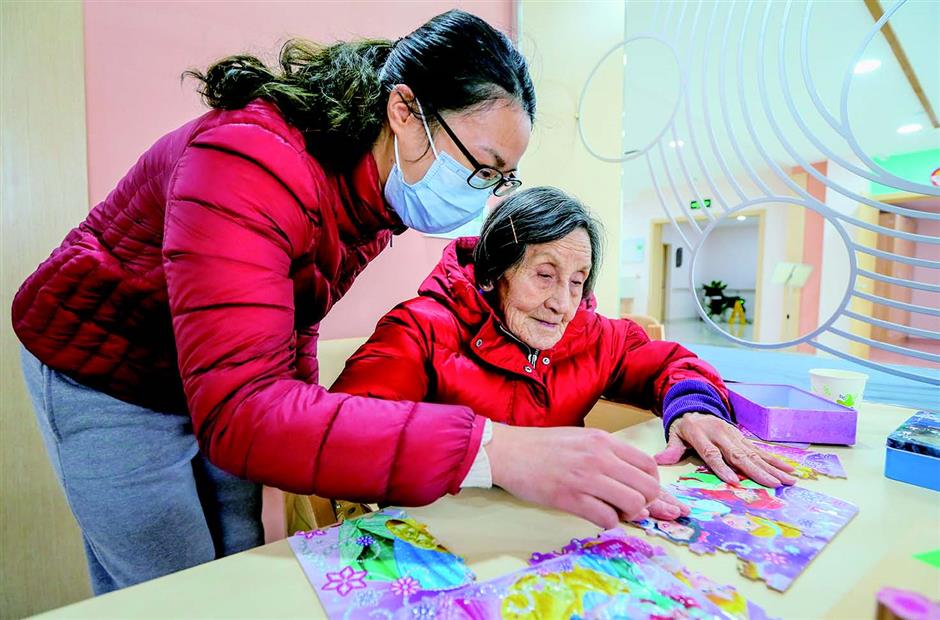 A staff worker assists an elder in playing a jigsaw puzzle. 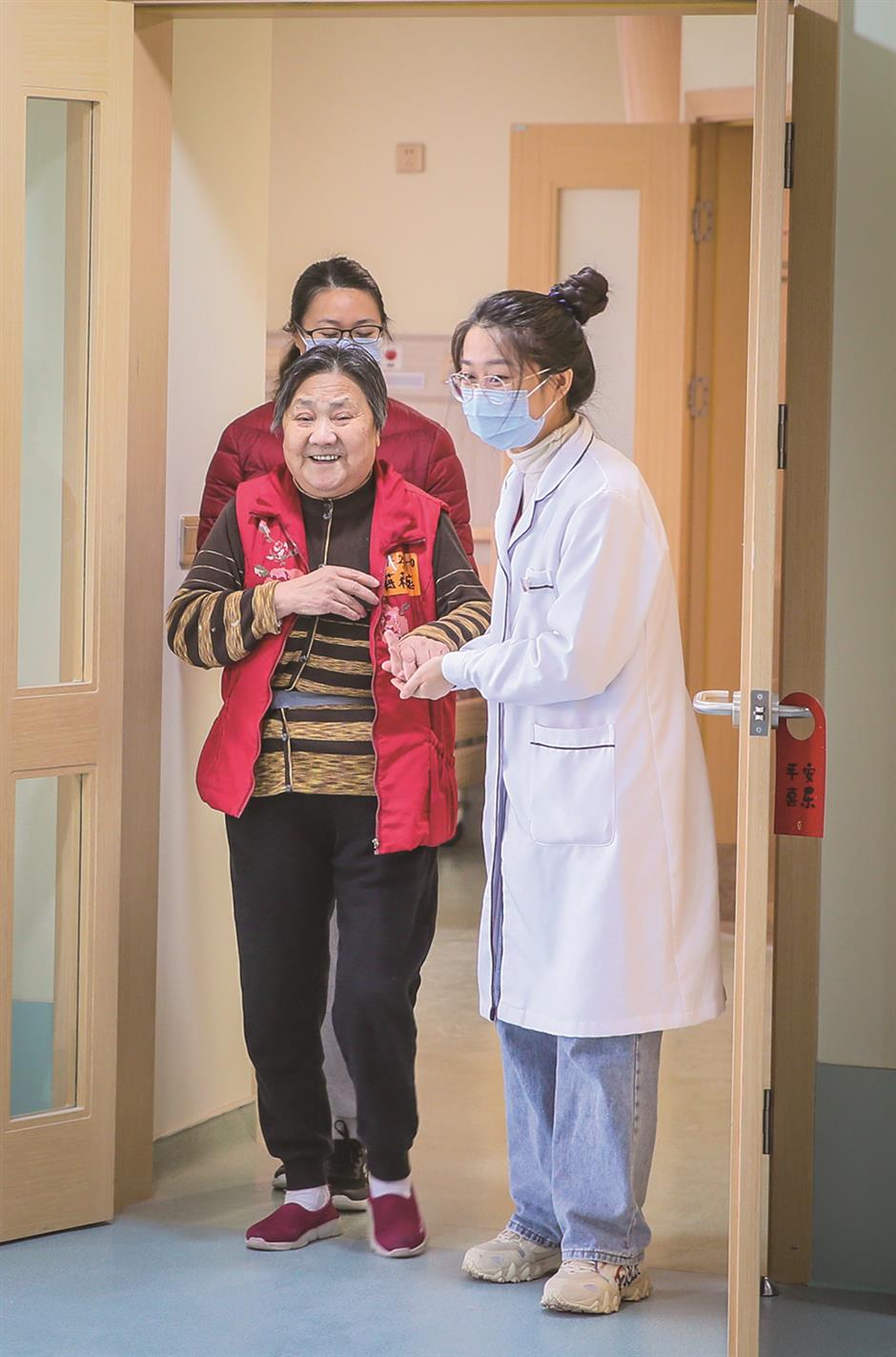 An elder, assisted by two nursing staff, arrives at her designated room in the new site of Shanghai No. 4 Social Welfare House in Songjiang District.

Shanghai No. 4 Social Welfare House in Songjiang District opened at its new address of 788 Yonglong Road on March 24. That same day, 231 elderly people moved in.

The old site of the welfare house, which was built in the 1980s, had begun to prove no longer fit for purpose several years ago, so construction of a new site began in 2018.

Early on the morning on March 24, the welfare house sent two buses, one minibus and six ambulances to pick up the elderly residents. To ensure their safety, 12 firefighters were also there to help. Each physically challenged person was accompanied by a nurse and everyone wore an identity card to facilitate the checking of names on the list.

By noon that day all the elderly people had moved into their rooms at the new address.

“I was quite touched. The staff were busy helping us move to our new home,” said Jiang Liting, one of the welfare house residents.

In No. 1 and No. 2 buildings special “memory zones” have been set up to help the residents who may have problems remembering things. For example, the toilets are painted bright red to help the residents locate them. In addition, the numbers on each room also have the name of an old Songjiang road or street.

“We’ve taken into consideration the living ability and psychical conditions of the residents who have cognitive impairment,” said a welfare house manager. “So, with those supportive spatial designs, we hope they can remember things from the past better,”

The new site is also equipped with activity rooms where the residents can participate in cultural, intangible cultural and art-related activities.