New lives for farmers after work in the fields 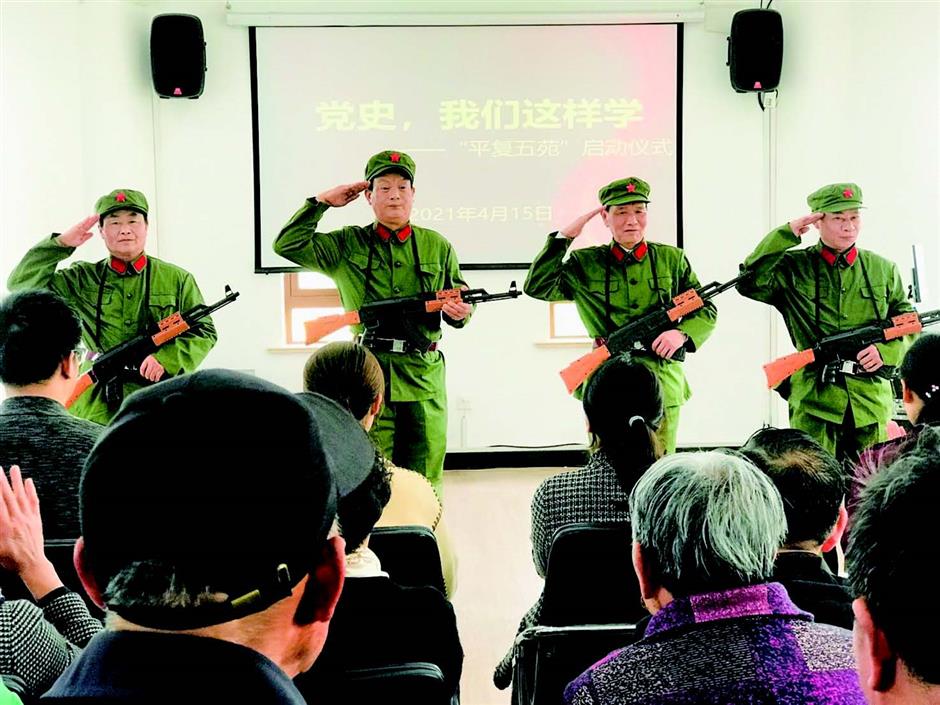 Farmers who have been relocated to modern residential buildings from their rural houses in Xiaokunshan Town of Songjiang District now have access to a variety of community activities to help them adapt to urban life.

In an activity center in the Pingfuyuan residential Area, residents who have recently settled there wear military uniforms while singing songs eulogizing the Communist Party and dancing around the national flag. Some write calligraphy and some deliver speeches with the theme of the development of the town or the construction of the Qinghai-Tibet Highway.

“Community cultural activities should not be about square dancing alone,” said Fan Honghua, Party secretary of the neighborhood. Our community is launching or will launch a variety of cultural activities including reading books, painting, writing calligraphy, playing chess, drama performances, dancing and planting to enrich residents’ lives.”

The Pingfuyuan area, which has a total of 1,474 households, is among the third batch of relocated residential areas in Xiaokunshan as the town carries out its township urbanization process. The residents, who were previously farmers engaged in farm work, have been separated from their fields and previous lifestyles.

“Now I don’t have to sow seeds in spring or harvest crops in autumn. My life has felt somehow vacant,” said Pan Huozhen, a Pingfuyuan resident at the beginning of the relocation.

Now, every Thursday and Saturday afternoon, Pan rehearses Huju Opera with her neighbors in the residential area, then perform on different occasions.