Rural revitalization gets smarter in Songjiang 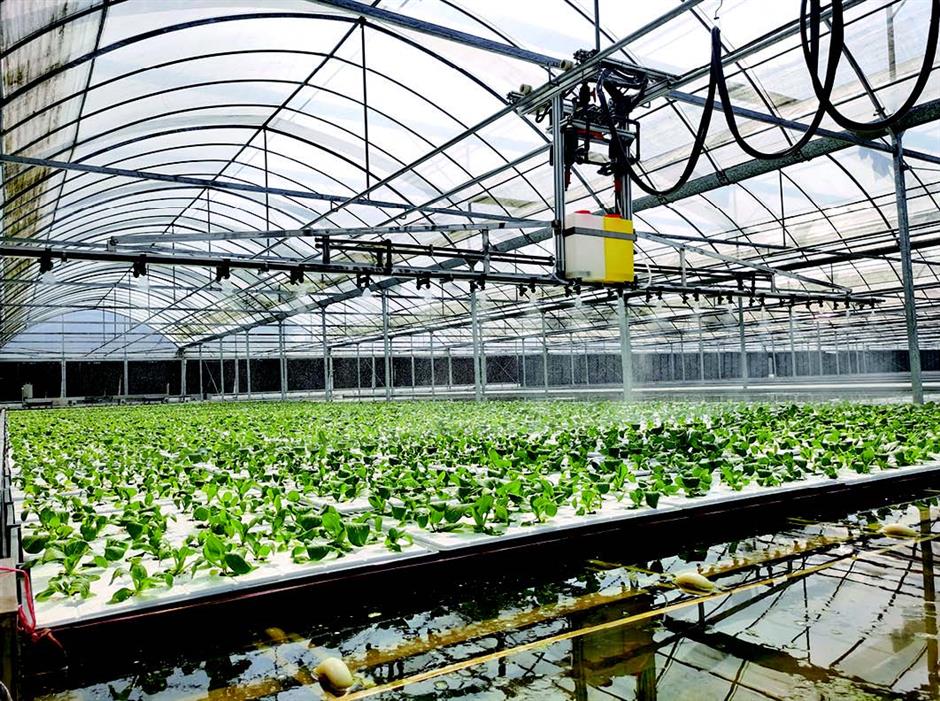 Digital technologies including big data, the Internet of Things and artificial intelligence are benefiting rural revitalization and governance in Songjiang District.

In a model paddy field in Linjian Village in the district’s Xinbang Town, engineers from a typographic survey team from the district’s natural resources department were surveying and mapping basic agricultural data. They connected a real-time kinematic mobile station with a fixed-base station at the local Tushibao agricultural cooperative. Then a drone, carrying out the surveying and mapping task, flew above the farmland and collected high-accuracy spatial data.

“The equipment applies 3D laser scanning technology to spot an object’s real coordinates. The technology is quite useful when we are trying to develop information-based and automatic agriculture,” said Li Xuyang, a survey engineer.

The data collected about the paddy field’s farmland, paths and drainage system will be stored at a smart control center to command a new generation of agricultural equipment and allow them to operate automatically.

“We’ll build up a digital map navigation system based on the collected data, so that our future agricultural equipment can operate automatically along a preset route,” said He Yangyang, chief of the Tushibao agricultural cooperative.

By July, spatial data analysis and digital modeling of the 1,000 mu (66.7 hectares) of model paddy field will be completed and within two or three years the cooperative will be transformed into a smart farm.

An unmanned vegetable farm, managed by Shanghai Easybloom Plant Technologies Co, in the district’s Maogang Town, can give people a glimpse of a smart farm.

Advanced technologies including AI, the Internet of Things and mechanical equipment have been applied in sowing seeds, raising seedlings, transplanting, harvesting and packaging crops on the farm.

In the seed-sowing area, an assembly line automatically completes the filling, pressing, sowing and watering process at a speed of 10 seconds per box. The boxes, transferred by a conveyor belt to a pile tally, are then smoothly moved to a constant-temperature nursery cabinet.

“The temperature, humidity, carbon dioxide density and conditions of every sensor in the greenhouse will show on software. If anything goes wrong, an alert will be triggered. The whole process is unmanned,” said Pang Tiguo, chief engineer of Easybloom.

Compared with a traditional farm that requires at least 30 managing and working staff per 100 mu of land, an automatic farm base requires only about four operators.

Digital technologies, while being used in various scenarios to promote rural economic development, are also helping with rural governance.

At the township operating center in Maogang Town, staff were concentrating on a giant digital screen on which data from the town’s 19 areas, including daily case processing and public facility monitoring, constantly appear.

“Our center fully combines the comprehensive governance grid with the township operating grid. In total we have four grid systems, namely, the micro, small, middle and macro level systems. Meanwhile, we are also supplied with information from the public security and the market regulation bureaus. So, relying on big data and GRS technologies, we are able to connect an event with its initiator and place, and create a digital monitoring system,” said Gan Jianjun, chief of Maogang township operating center.

The center is also improving its smart scenario application modules. Take the flood and typhoon prevention module for example, it is constantly monitoring water levels in areas including the Mishidu Port and cautioning against possible flood.