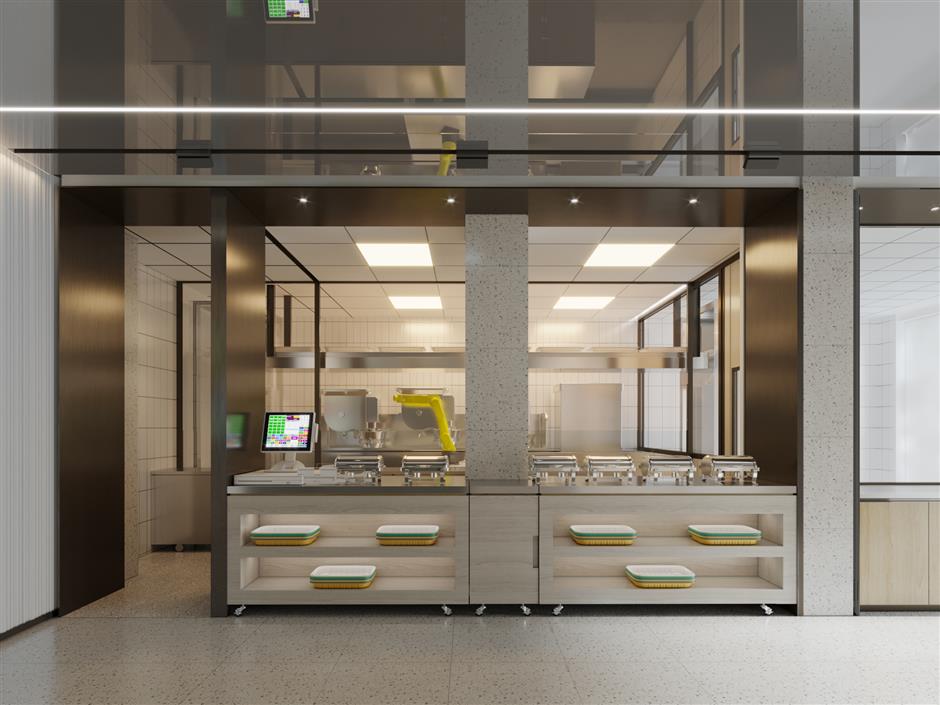 An unmanned cooking system has been supplying meals to six community canteens in the Hongqiao area and will comprise Shanghai's first unmanned restaurant in June.

The intelligent catering system based in a building on Weining Road in Changning District features smart ovens, robotic arms and digital cooking programs.

An intelligent oven can cook over 1,000 dishes, while three robotic arms sort raw materials, pack dishes and put them on a conveyor. Another machine can make spicy hotpot and noodles.

A set meal in an aluminum foil box can be completed within three minutes. The robotic arms can also wash all the cookware.

The system is making over 300 dishes for the canteens which mainly serve  Changning’s elderly residents. A meal with two meat dishes and two vegetables costs 15 yuan (US$2.3). 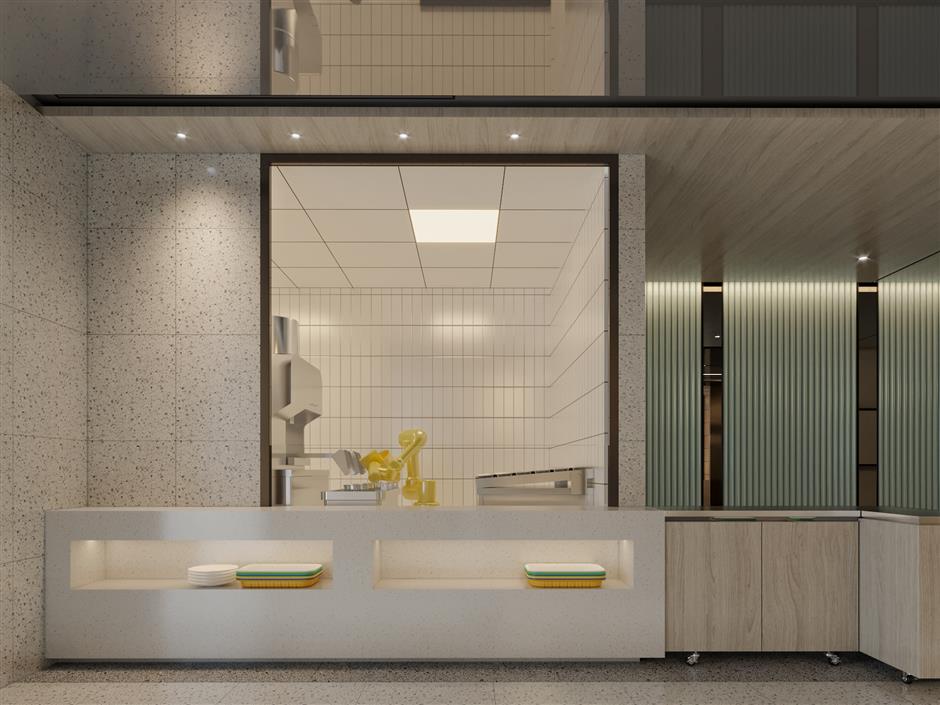 A customer surnamed Gu said the meals cooked by robots tasted as good as those cooked by chefs. "It is cheap and convenient for us," Gu, 68, said.

The program can offer diet advice or reduce oil, sugar and additives for the senior diners, said Liu Yunxi, who runs the smart cooking company. “The system will record the diets of each diner, analyze the balance of nutrition and offer advice,” Liu said.

Based on the system, the city's first unmanned community canteen will open to the public in the Hongqiao area in June.

Construction has begun at 1004 Hongqiao Road and the 130-square-meter canteen will cater to senior residents and office workers in the area.

Its intelligent cooking system and robotic arms can cook all kinds of Chinese dishes. The arms can steam, boil or fry raw ingredients delivered from a central kitchen according to customers’ wishes. 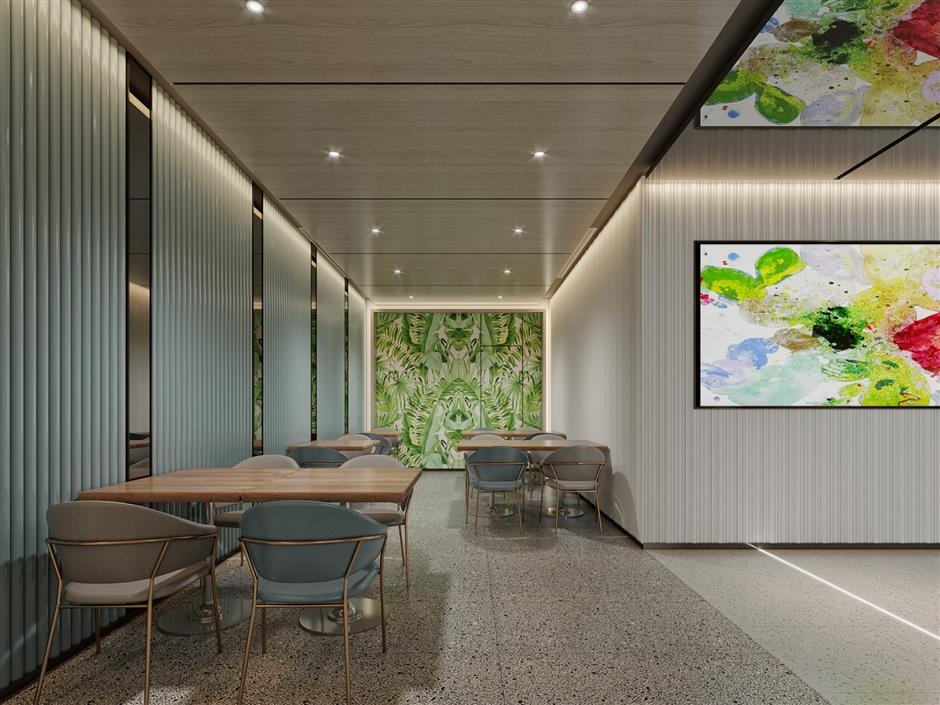 The AI canteen at 1004 Hongqiao Road will cater to senior citizens and office workers in the area.

Self-service machines can make noodles, wonton and spicy hotpot, dishes popular with young customers. Customers can choose from over a dozen kinds of topping for their noodles.

Robotic arms can also pack the dishes and control the temperature for dine-in or takeaway.

A payment section allows mobile payment as well as facial, sound or fingerprint recognition for customers without smartphones. The system will analyze storage in real time and ask the central kitchen to supply raw materials when required.

For anyone not sure what they want to eat, the AI system can offer suggestions based on health data. The canteen will have anti-slip floors and there will be seats suitable for wheelchair users. 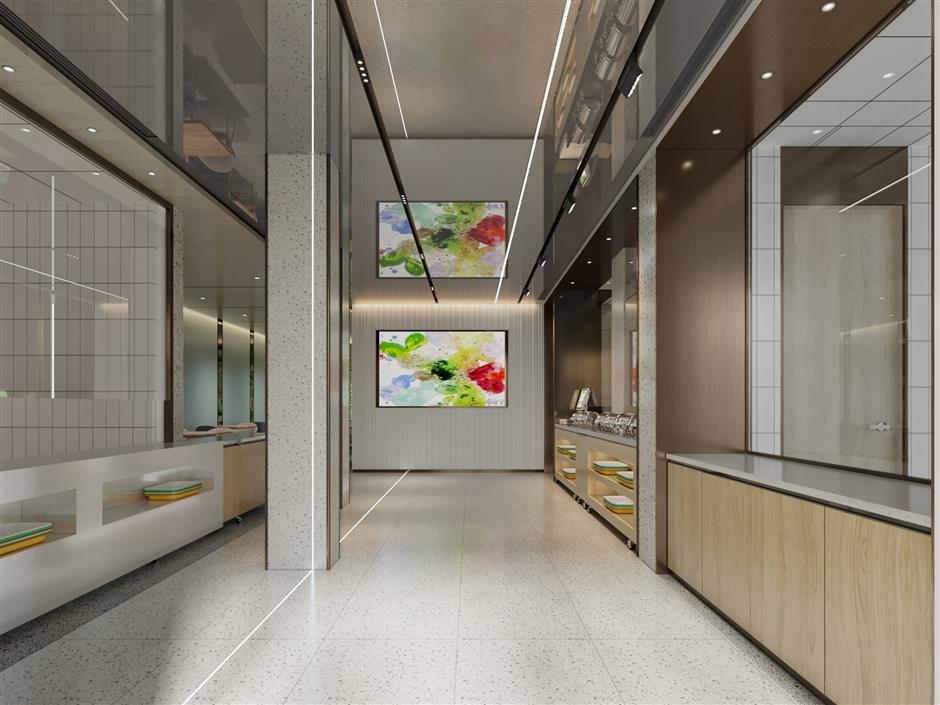 Construction has begun on the new the 130-square-meter canteen in the Hongqiao area.