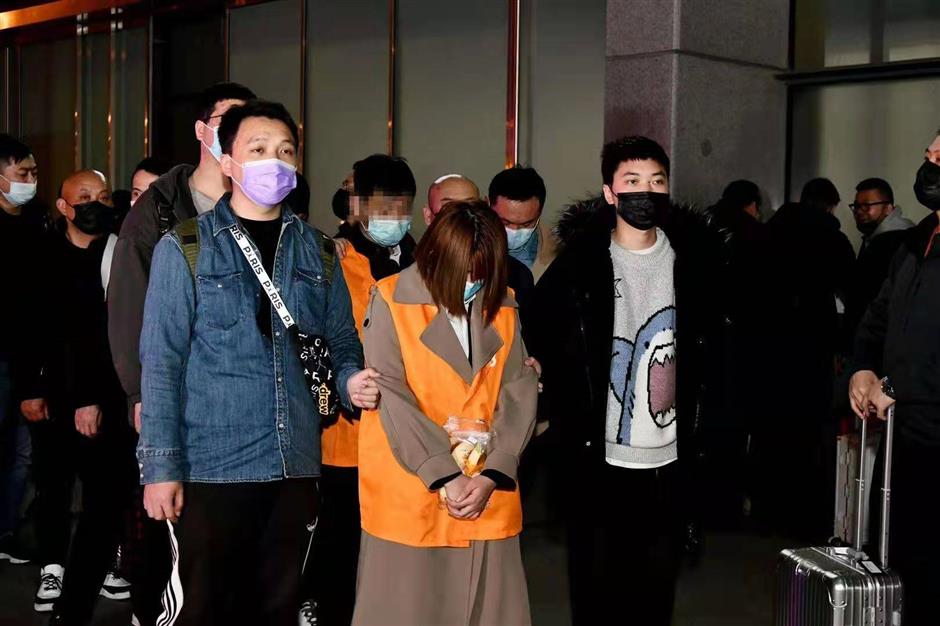 Some of the suspects apprehended in other provinces are brought back to Shanghai for investigation.

The suspects profited over 700 million yuan (US$108 million) from the alleged scam.

Shanghai police started their investigation last December after finding that a number of milk tea franchises in Songjiang under the same brand name were closed shortly after opening.

One of the shop owners was a man surnamed Wang who closed his “Chazhilan” milk tea shop after only three months.

In May of 2020, Wang saw an online advertisement about franchising a famous milk tea chain, and contacted the agency that advertised the service.

Wang was told the advertised franchise program had no more slots for newcomers, and was introduced to the “Chazhilan” milk tea brand — said to be owned by the same company as the famous brand.

“Chazhilan” was advertised as a promising brand, and the agency promised full supply, training and advertising services for franchises, which appealed to Wang.

Wang paid the agency 100,000 yuan for the franchise and opened his milk tea shop. However, the agency failed to deliver the promised services and dismissed Wang’s complaint, claiming his bad business decisions were to blame.

Through their investigation, police discovered the “Chazhilan” franchise was a hoax, as well as the franchises of more than 50 other milk tea brands run by the agency. The suspects allegedly forged the franchise authorization documents of some of the brands.

The agency lured potential franchise buyers by paying people 40 to 80 yuan per day to stand in lines outside some of the milk tea shops, police said.

The suspects were caught in Hebei and Guangdong provinces, as well as Shanghai, in recent police raids.