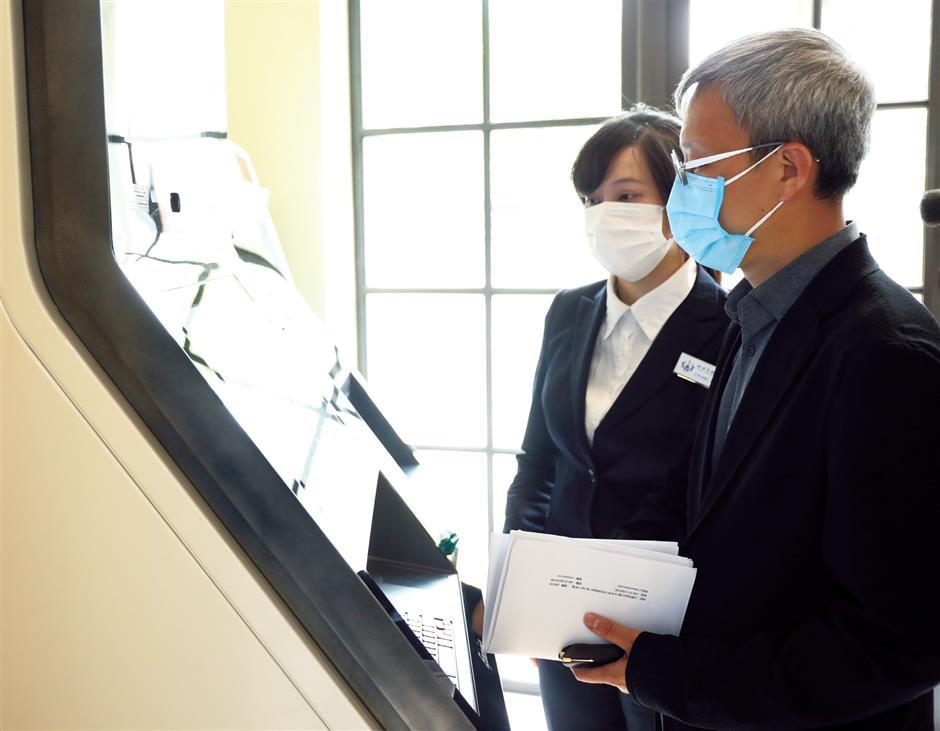 A new flagship service center has been launched on the North Bund in Hongkou District to solve problems for companies and improve the business environment of the riverside region.

The North Bund Company Service Center opened in a more than 90-year-old warehouse along the Huangpu River to provide customized, intelligent and around-the-clock services.

The new round of development on the North Bund has attracted first-rate entrepreneurs, scientists and professionals from across the globe. Complicated procedures were involved during the establishment of multinational headquarters and applications for residence and work permits for foreign professionals.

The center is designed to solve a range of issues with a single visit, according to the Hongkou District government.

The new round of planning on the North Bund is the city’s largest-scale project since the development of Pudong’s Lujiazui financial hub in the 1990s.

These include dozens of top-level office buildings, which will house about 100 headquarters of multinational firms, international organizations and functional institutions. The district has organized an expert panel and a chief architect office to guide the development and construction of the site.

The service center is based on the ground floor of the historic Pier Marden, built by Britain’s G.E. Marden & Co in 1930, at 147 Yangshupu Road. The six-story warehouse is one of the city’s best-preserved Western industrial heritage buildings.

The British-style building features spiral decorations imitating the walls of Greek temples. The original concrete and steel frames have been preserved, and it has been listed as one of the outstanding warehouse structures in Shanghai.

The upper floors have been renovated into innovative offices for startup and fintech firms, while the ground floor was unveiled as the service center.

“The center is like a ‘service supermarket,’ with a total of 1,061 approvals and services available,” said Zheng Hong, Hongkou’s deputy director.

Twenty-nine government bodies, including public security, the science and technology commission, human resources and taxation, have assigned officials to the center.

An international talent service station was also unveiled at the center on Saturday, where companies can apply for residence and work permits for their foreign professionals.

Artificial intelligence, big data and 5G technologies have been widely adopted in the center. A self-service zone is open around the clock for customers to talk to an AI robot or apply for taxation and other issues through the intelligent machines.

“There is no service window in the center, but coffee tables and meeting rooms offer customized services to each of the companies based on the North Bund,” said Liu Jun, an official with the North Bund Development Group, which is in charge of the new round of development of the waterfront. “Problems can be solved and certificates released over a cup of coffee.”

The application process has been shortened from more than 20 days to five for certain issues for tenants based at Raffles City on the North Bund, according to an official with the landmark complex, which features office buildings and malls.

“The streamlined services have effectively showcased the improved business environment of the North Bund and attracted many global companies and businesses,” said an official with the city’s third Raffles City project. 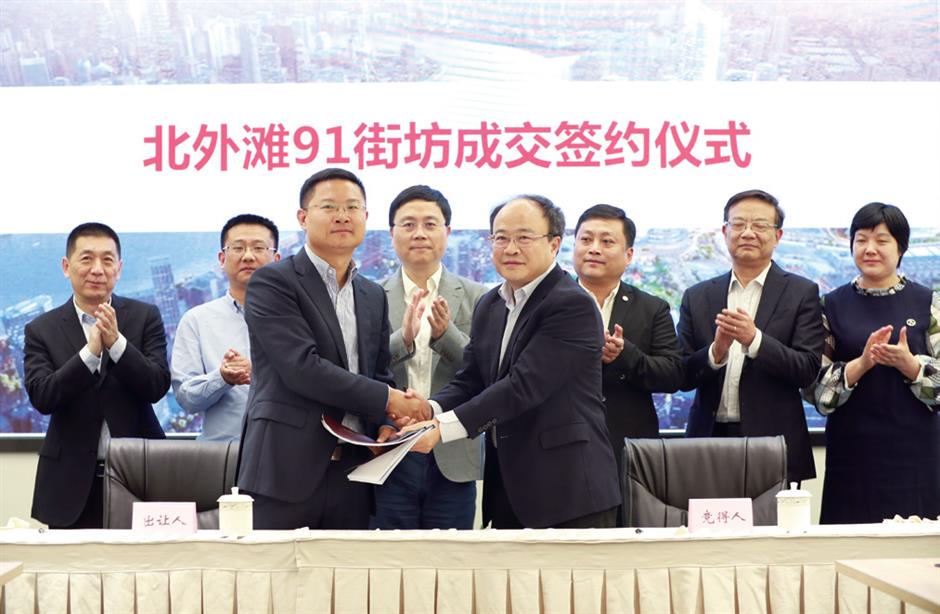 A joint entity of three local construction firms is granted the No. 91 plot of land on the North Bund to build a 480-meter high-rise.

Meanwhile, a joint entity of three local construction firms has been granted the No. 91 plot of land on the North Bund, where the 480-meter landmark building will be built.

The Shanghai Industrial Development Company, Shanghai Chengtou Group and Shanghai Construction Group have jointly acquired the development rights for the land for 9.1 billion yuan (US$1.41 billion).

The new building on the North Bund shoreline will become the tallest building on the west bank of the Huangpu River. It will cover an area of about 350,000 square meters, and is being earmarked to drive the development of high-end industries and become a global enterprise.

About a quarter of the plot of land, near the roads of Dantu, Dongchangzhi, Gaoyang and Tangshan, will be used for commercial enterprises, restaurants and hotels, while the rest will be used for offices.

The project, within a car-free zone, neighbors a central greenbelt area on the riverside, and offers spectacular scenery overlooking Huangpu River. Sightseeing platforms have been planned for the building’s top two floors, which will be open to the public around the clock. It will also feature an underground plaza covering 200 square meters.

The landmark structure will surpass the 320-meter-high Sinar Mas Plaza tower, currently the tallest building on the North Bund. It will be the third tallest in the city after the 632-meter Shanghai Tower and 492-meter Shanghai World Financial Center in Lujiazui.

The Lujiazui financial hub, on the east bank of the Huangpu River across from the Bund and North Bund, forms downtown Shanghai’s “golden triangle.” The North Bund is already home to more than 4,700 shipping-related companies, including COSCO Shipping, Shanghai International Port Group, the China Shipowners’ Association and Costa Cruises.

A number of the world’s top architects and urban planners have been appointed, while seven leading global architecture design institutes have been invited to take part in the development campaign.

More than 20 skyscrapers, including the 480-meter landmark, have begun soliciting design plans from across the world.

The district government has studied the development and planning of top-level central business districts around the world, such as Canary Wharf in London, Manhattan in New York and Marunouchi in Tokyo. The experiences of other Huangpu River waterfronts, such as Lujiazui, Qiantan, or the New Bund, and the West Bund, have also been researched.

Each building will be equipped with 5G, Internet of Things and big data technologies. They will be furnished with air purification systems to keep PM2.5 particles below 30 micrograms per cubic meter.

The structures will use solar power and other green technologies, controlled by a central power system. Second-floor corridors and underground paths and tunnels will connect the buildings.

Workers will be able to reach their offices from the Metro in 5 to 10 minutes via the underground garages.