From venerable scientists to teen inventors, 29 "science stars" graced the red carpet on Saturday morning at the opening ceremony of the 2021 Shanghai Science Festival. 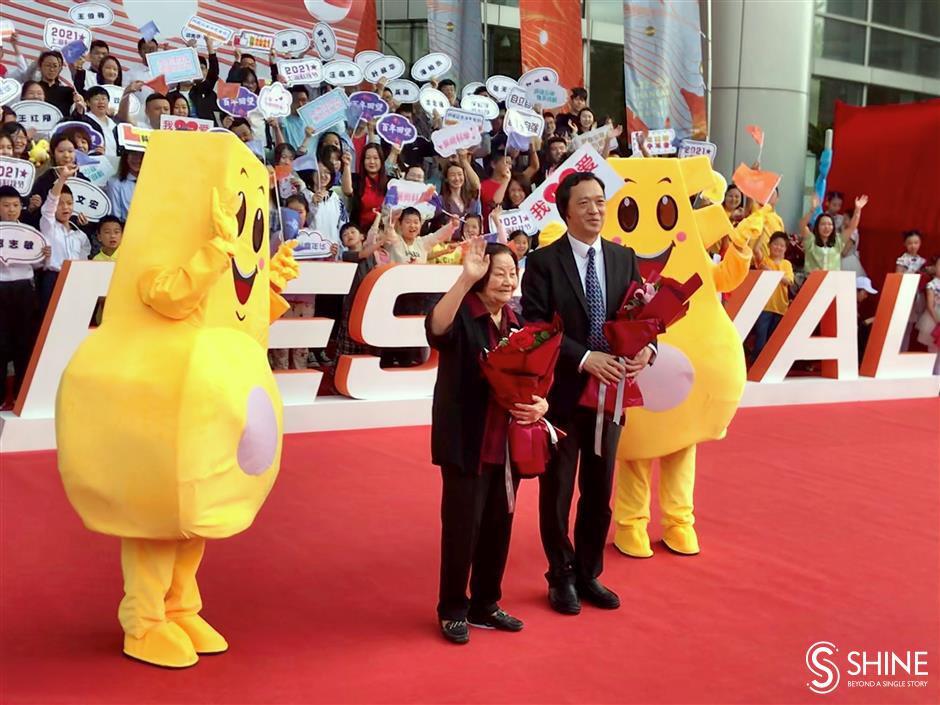 Shen Zhiqiang, director of the Shanghai Astronomical Observatory, took 94-year-old honorary director Ye Shuhua gently by the arm and led her to the red carpet outside the Shanghai Science and Technology Museum.

Ye, China's first female observatory director, led the Shanghai Astronomical Observatory from 1981 to 1993. She proposed the construction of Shanghai's Tianma Telescope, now ranking No. 3 in the world, and the Shanghai Astronomy Museum, set to be the world's largest when it opens this summer. Next month, a documentary film about her will premiere.

According to her, it is scientists who benefit the most from the popularization of science, and therefore after retirement she provides lessons and tutorial guidance to youngsters.

"It's my first time to walk the red carpet," she said. "I'm a little bit nervous but I'm also so pleased to meet so many young people. I want to do more for China's scientific community while I still can walk." 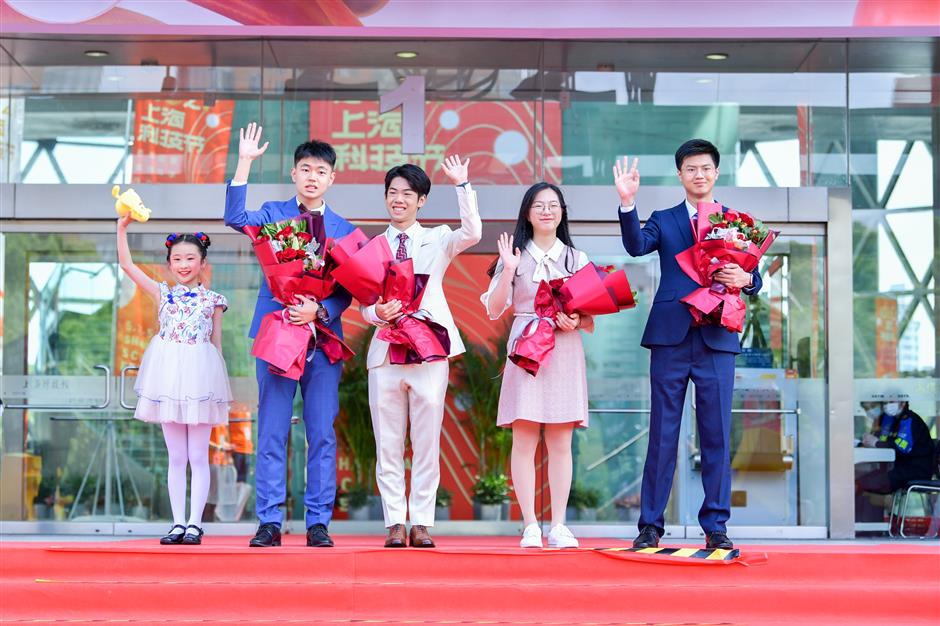 As the youngest on the red carpet, Wan Haiyan from the Longhua Middle School affiliated to the Shanghai Normal University, is 80 years younger than Ye.

She attended the red carpet with another three standouts from local TV show "Junior Edison," a program for young inventors.

In fact, before "Junior Edison," she has been already thrust into the limelight when she was only 11 years old due to an outstanding performance in a programming challenge held by technology giant Alibaba.

"I'm so excited to walk the red carpet, there so many big names in the scientific community," she said.

Zhao Tianzhang from the East China University of Science and Technology added: "I'm so proud of myself. It has confirmed my decision to make contributions to China's science and technology development." 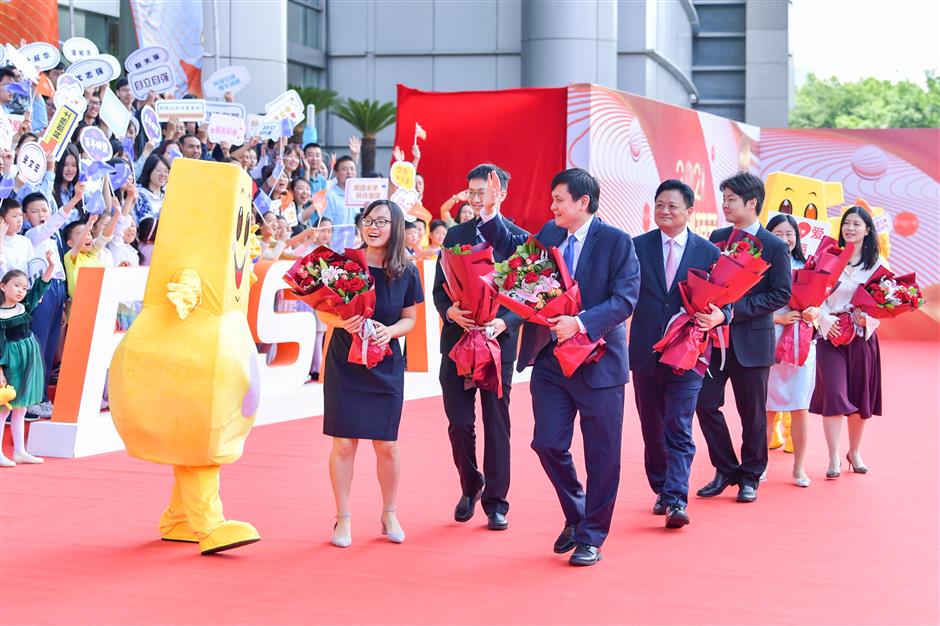 Michael Levitt, winner of the 2013 Nobel Prize in Chemistry and vice chairman of the World Laureate Association, appreciated the chance for scientists to walk the red carpet.

He said the series of science galas such as the World Laureate Forum and Shanghai Science Festival are making Shanghai an ever-increasing innovation hub. He is looking forward to making great scientific progress in Shanghai as he will stay in the city until winter to assist Fudan University with research on computational biology.

The city's top infectious diseases expert Zhang Wenhong walked the red carpet with several other anti-virus luminaries, as he hailed joint efforts of all medical workers behind China's successful control of COVID-19.

The city's annual science festival runs to May 28, with nearly 2,300 activities on offer.