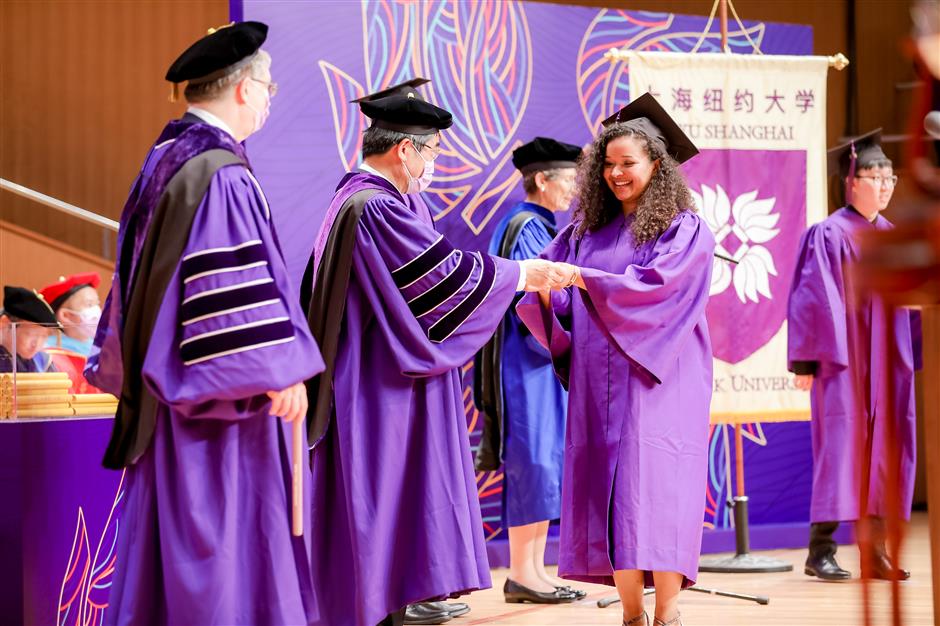 A total of 226 students of the Sino-American joint university's Class of 2021 received their degrees in person, while an additional 69 joined the livestreamed ceremony remotely.

Also present were 101 New York University graduating students who are participating in the university's "Go-Local" program. The program was developed in response to travel restrictions caused by the pandemic so students from NYU's campuses in New York, Abu Dhabi and Shanghai could apply to study at a location closer to their homes.

Over 40 members of the NYU Shanghai Class of 2020 – who last year celebrated their graduation online – were in the audience at the Oriental Art Center to cheer on their classmates, alongside limited numbers of friends and family members.

Zhang Wenhong, a Shanghai-based infectious disease specialist and leader of Shanghai's COVID-19 treatment team, received the university's Chancellor's Medal of Honor and delivered a speech, sharing his personal stories of study, career choice and how he and his colleagues had overcome fear of uncertainty to fight the pandemic.

"As for the future, we are bound to face greater challenges of uncertainty. Cooperation and sacrifice are still the weapons we need to overcome all difficulties," he told the graduates. "The spirit of cooperation and teamwork nurtured by NYU Shanghai will be an important strength for you to overcome all difficulties in the future. I believe that the future of humans depends on whether the young people of the world can finally come together." 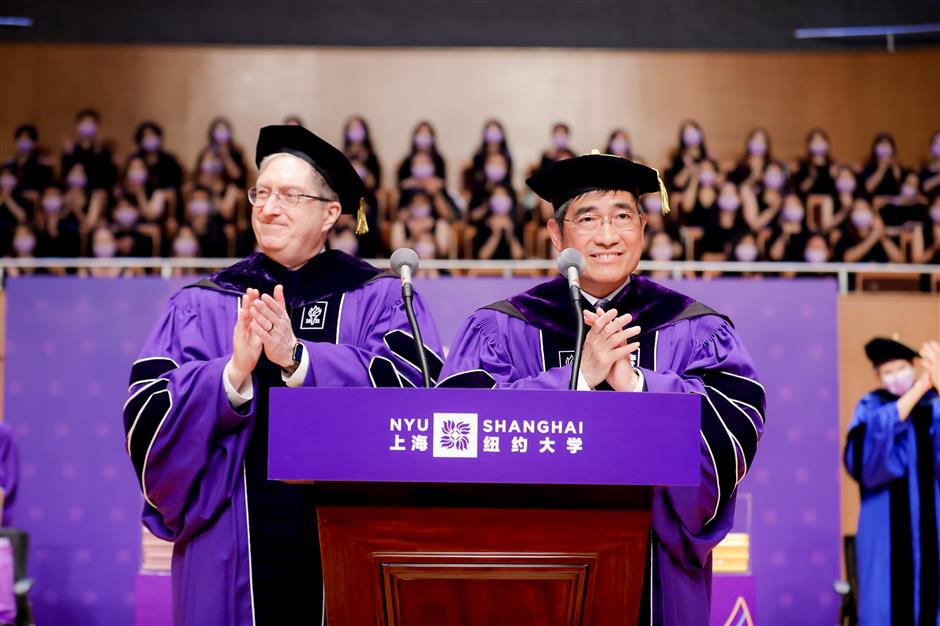 Tong Shijun (right), chancellor of NYU Shanghai, and Jeffrey Lehman, vice chancellor of the university, congratulate students on their graduation.

Quoting American philosopher John Dewey, Tong Shijun, NYU Shanghai's chancellor, reminded students that their persistence throughout the pandemic had taught them to focus not on the tribulations of the moment, but on what is possible, even when those possibilities are ever-changing. 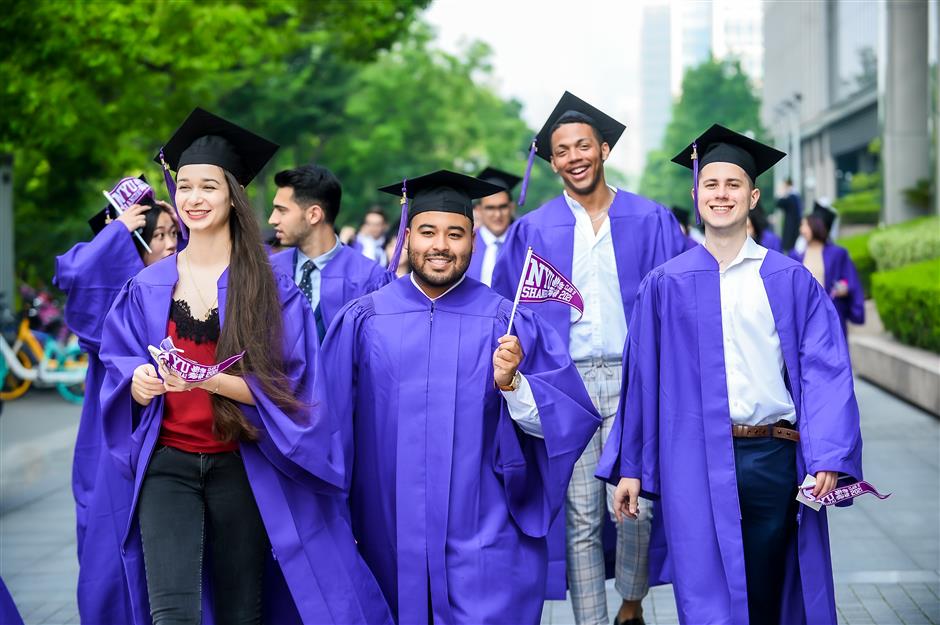 Despite challenges, NYU Shanghai's Class of 2021 had succeeded in finding promising next steps, according to the university.

This year's graduates have earned places in Master's and PhD programs at universities around the globe, including Harvard, Oxford, Yale and the Massachusetts Institute of Technology. Two Class of 2021 students have been named Schwarzman Scholars at Tsinghua University, and one has been named a Yenching Scholar at Peking University.

Students joining the workforce have received offers from some of the world's most influential companies, including JP Morgan, Alipay, Tencent, Microsoft and Unilever.

In light of these achievements, the university's vice chancellor Jeffrey Lehman asked students to be thoughtful in how they define success now that the pandemic had shifted perspectives on the brevity and value of our lives.

"During the pandemic, we have all been failing more seriously and more frequently than ever before," he said. "People who flourish know how to get back up, dust themselves off, ask forgiveness if their mistake hurts somebody else, and move ahead."

Student speakers also shared their gratitude for their classmates' support in challenging and uncertain times.