Moments in Jing'an District in May of 2021 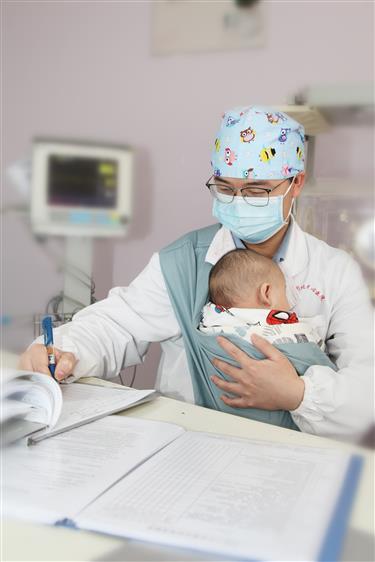 Also, winning submissions to a photo competition to record the work of nurses was unveiled. 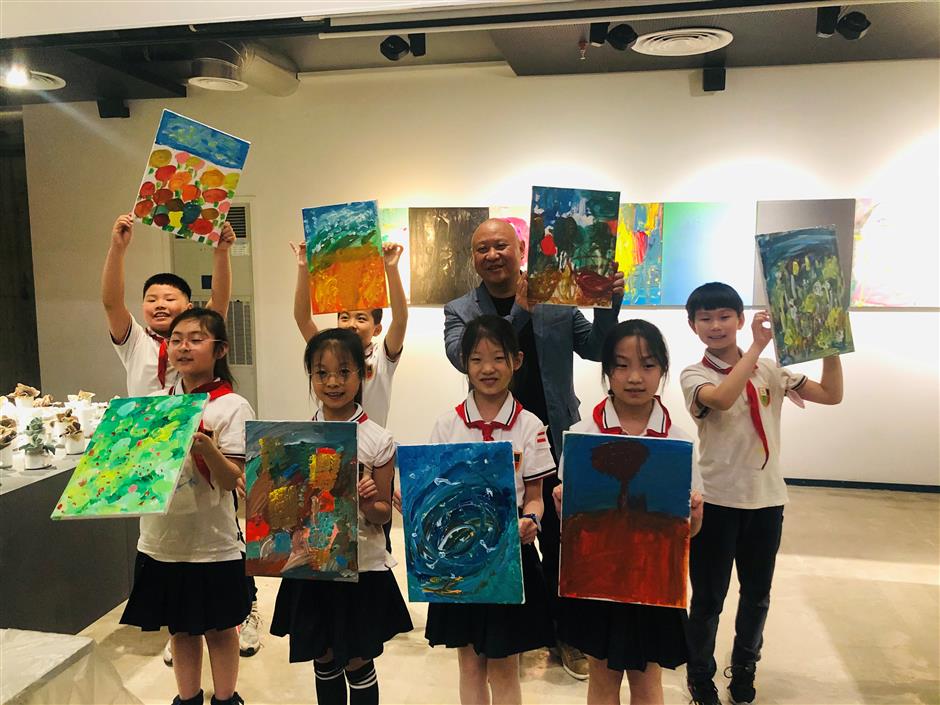 Draw with an artist

Local students drew pictures along with artists during an exhibition held at Jing'an Sculpture Park.

On May 10, students from Shanghai International Studies University's Jing'an Foreign Language Primary School created their own acrylic paintings under the guidance of Li Lei after viewing his exhibition "Flowers on Field Paths – The Art of Li Lei."

The exhibition features nearly 200 pieces of Li's work. He's known for combing the art of porcelain with paintings, sculptures and installations. "

Some of them have talent for painting. I hope they can frequently visit museums and art venues to feel the charm of art," he said. 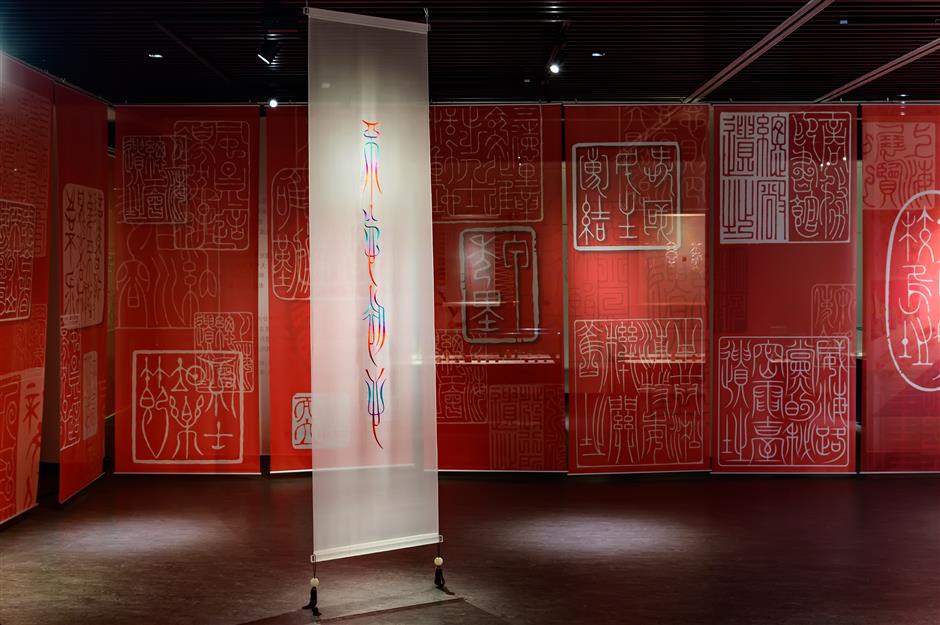 A seal exhibition to celebrate the 100th anniversary of the founding of CPC kicked off on May 18 at the Sihang Warehouse Battle Memorial. It will last to the end of the month. Highlight of the exhibition is a "red sea" formed by 100 photos of seals and stamps. Also on display are seals carved with slogans such as "Long Live CPC." They are all handmade by artist Wang Chaoying. 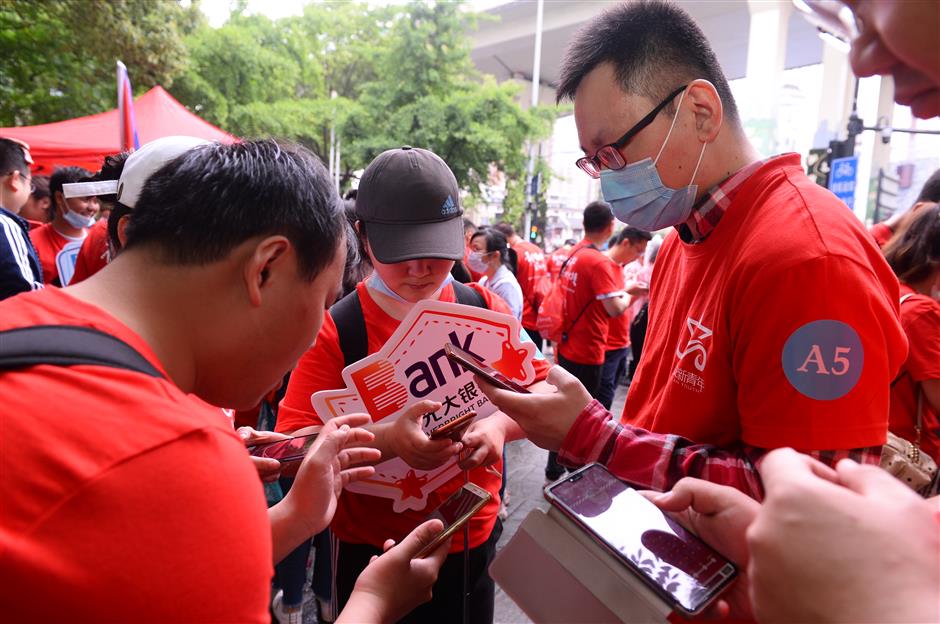 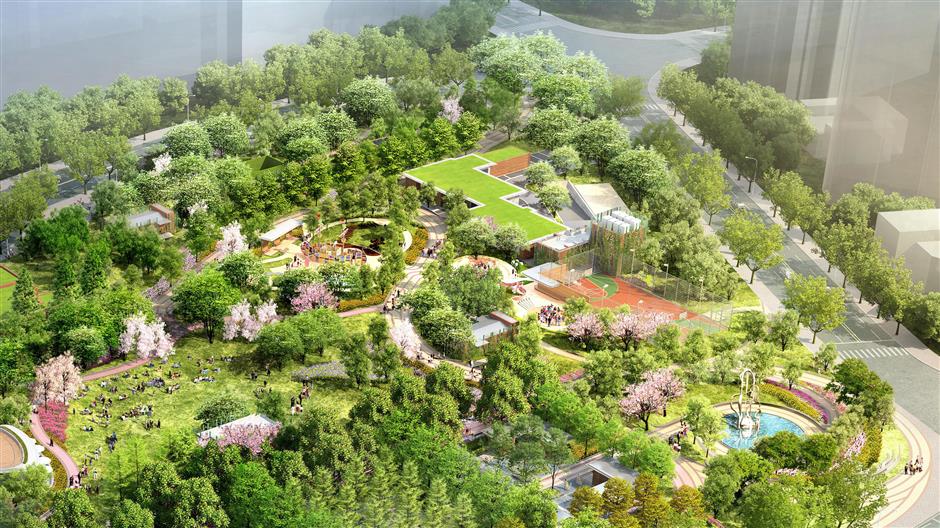 From greenland to park

Zhongxing Greenland is evolving from a simple green space to a park.

A makeover and upgrade began in March, and is scheduled for completion in September.

The total size will remain the same, but the green area will cover more than 23,000 square meters.

Existing camphor, magnolia and other trees will be preserved, and trees with colorful foliage in different seasons, such as maples, will be added to create a vibrant landscape.

In addition, grassy slopes, squares, paths and children's play grounds will be built. 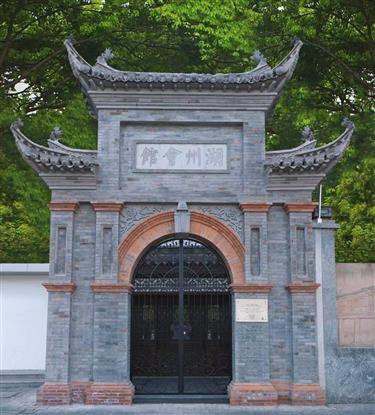 A new museum has been built at the former site of the Shanghai Federation of Trade Unions at 828 Zhongxing Road.

In 1900, 11 businessmen from Huzhou, Zhejiang Province, built a house for Huzhou businessmen to have gatherings. Later, the Northern Warlords occupied it.

In March 1927, the 3rd Shanghai Workers' Armed Uprising began. The house became the headquarters for the uprising as well as an office for the Shanghai Federation of Trade Unions.

However, within a month, Kuomintang troops took it over. In 1932, it was bombed by Japanese troops.

A two-floored wood-brick house has been rebuilt based on historical documents, and it has begun trial operations. 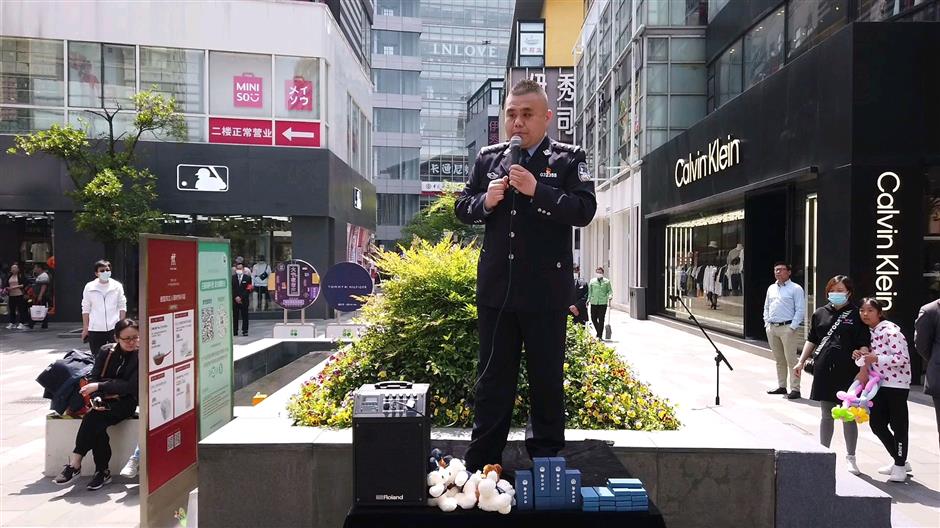 Police official Wu Yongjie from the Daning Road Police Station presented a talk show on May 3 in the Life Hub @ Daning mall to raise people's awareness about emerging scams.

He highlighted cases of telecommunication frauds, Ponzi schemes and online dating scams with jokes and short sketches, which attracted a large audience, including young people.

"Previously, we focused more on senior citizens and made a lot of effort to raise their awareness," Wu said. "However, we have found that people between the ages of 18 and 40 are more likely to fall victim to scams."