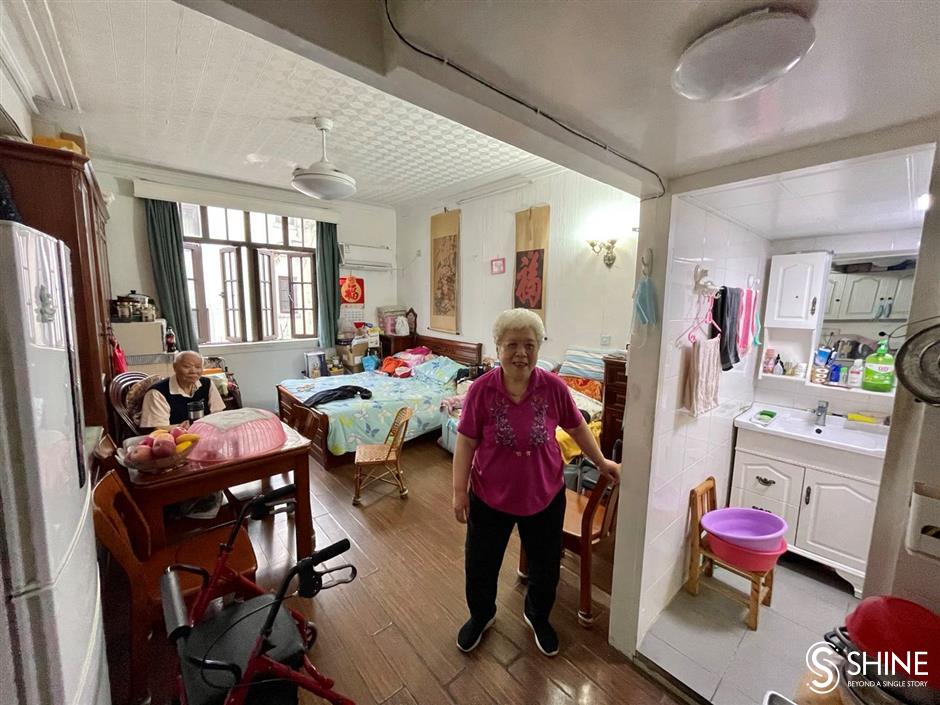 A new round of renovation projects has been completed on neighborhoods on Nanchang Road to restore the historical ambiance of the region where many cultural celebrities and reformists once lived.

The buildings, including garden villas and lane-style townhouses at the core area in Huangpu District, have received a major facelift to restore their appearance, roofs and indoor public areas, while putting an end to illegal buildings and group renting.

Facial recognition and other smart technologies are used to ensure security and fire safety.

Some indoor facilities have also been installed or renovated to make it safer and more convenient for elderly residents.

The renovation campaign which began in 2018 aims to help restore the historical ambiance of the region, while improving living conditions for residents, most of whom are over 60 years old, said a Ruijin No. 2 Road subdistrict official. 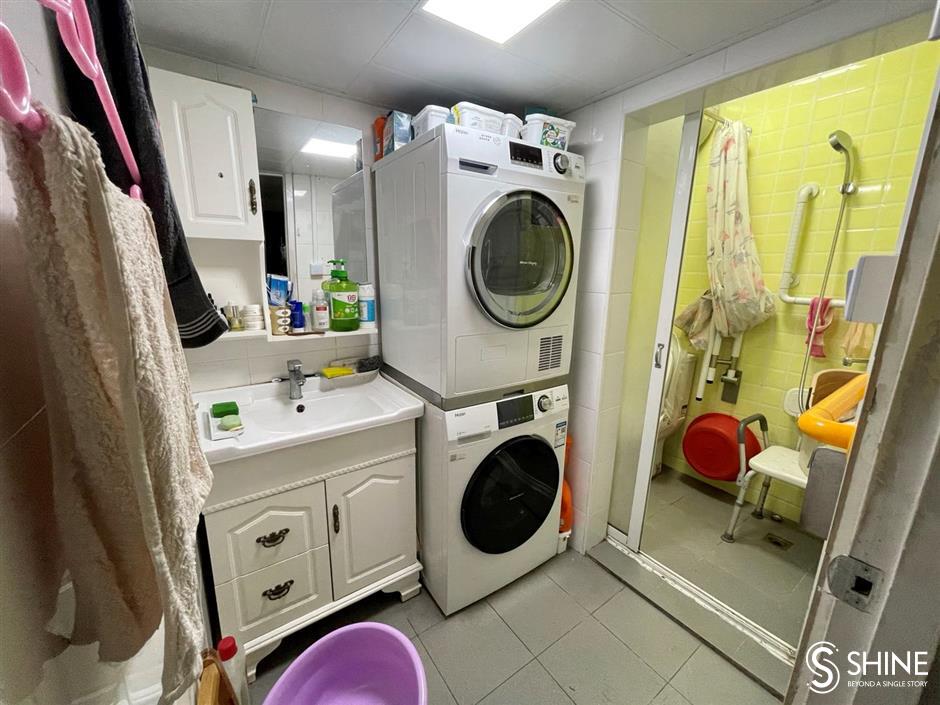 Some of the old apartments have private toilets and kitchens after the major renovation campaign on Nanchang Road.

Some representatives at the first National Congress of the Communist Party of China also lived there. The congress site is about 10 minutes' walk away.

The road is known for Yuyangli, a former residential complex where the Chinese Communist Youth League was founded in 1920 and was home to the former editorial department of the periodical La Juenesse, also known as New Youth, which served as the preparation office for the first congress.

As more people moved into the neighborhoods, the communities suffered from illegal structures, group renting, illegal parking and security concerns. The garden villas or townhouses were divided and shared by multiple households, damaging their structures and worsening living conditions.

"I used to feel proud to live on the Nanchang Road because of the many beautiful historical garden villas," said Cao Suhua, 60, who was born in one of the houses.

The Cao family villa once served as a secretary base for the spy organization of the Kuomintang. Many strangers used to visit Cao's home when she was young, she recalled. The original appearance of the historical townhouses has been restored.

Senior stonemasons have been invited to restore the appearance of the buildings.

At the 136 Nanchang Road community, where Chinese man of letters Bai Jin used to live, the rows of new lane-style houses have been restored to their original style.

The community was originally built in the 1930s to accommodate army officers or middle class families. The ground floor was designed for nannies, the second floor served as the main bedroom while the upper floor was for guests or young daughters of the family.

Despite the three-story houses being shared by multiple families nowadays, the original steel window frames, colorful glass, small yards and flat roofs have been restored, the official said.

There are many popular shops, especially cafes, operating along the road. The subdistrict has released a guideline to standardize the style of shop signs, while ensuring safety and the street's ambience.

To showcase the historical charm of the road after renovation, the subdistrict has launched a guided tour led by people who live or work in the area. 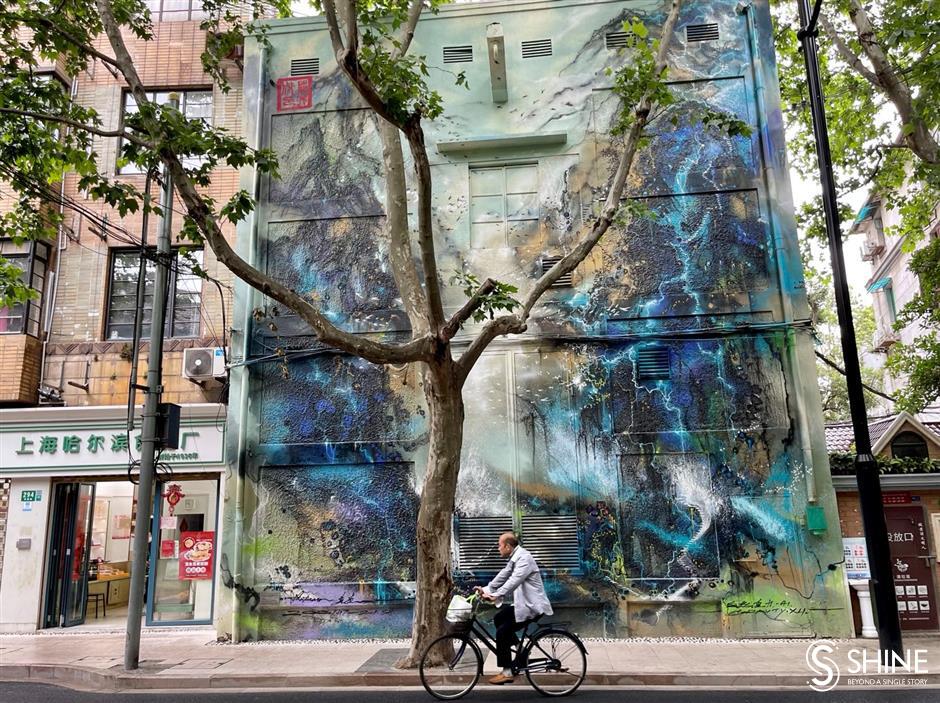 A huge painting on a substation on Nanchang Road is part of the urban renewal campaign. 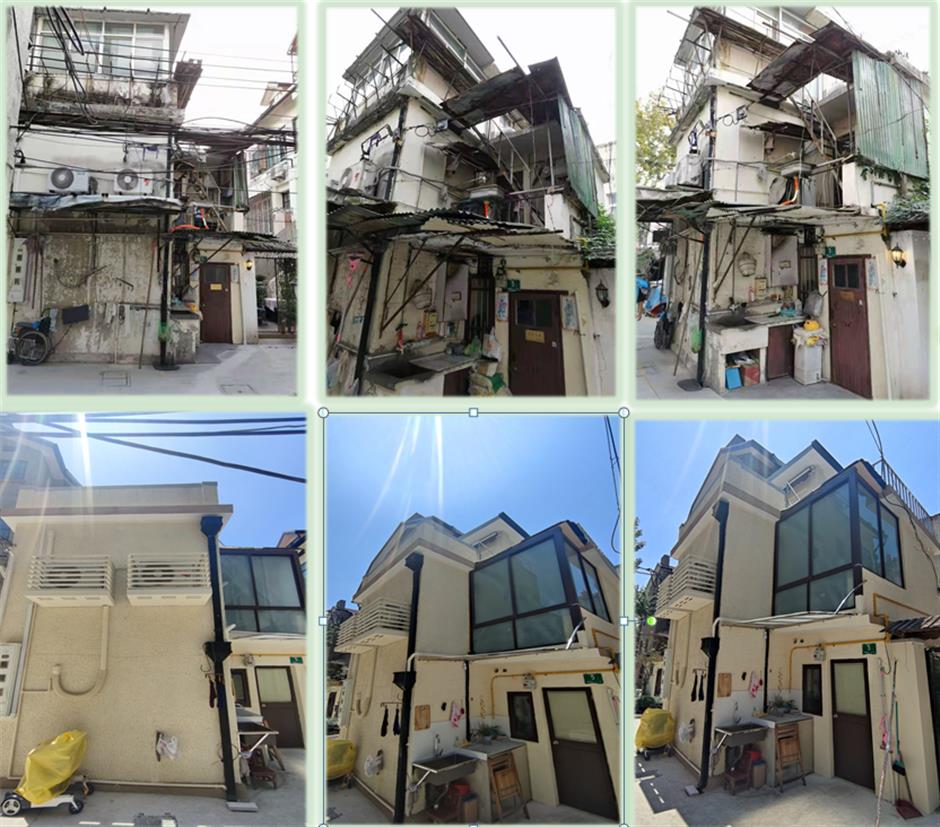 A townhouse before and after the renovation campaign.