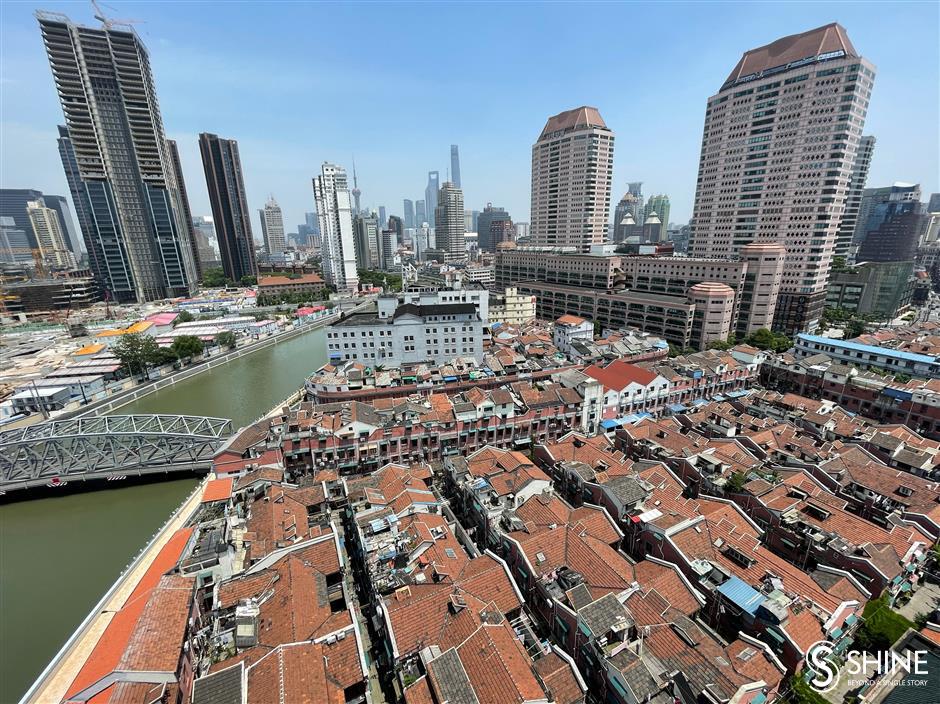 A view of an old residential community beside Suzhou Creek.

Shanghai is to renovate another 1.1 million square meters of old residential communities in poor condition by 2022 with some structures to preserved to restore the city's traditional ambiance.

About 56,000 households will benefit, either being relocated to modern communities or returning to renovated houses with private facilities or better conditions.

Another 484,000 square meters of old neighborhoods will be renovated before the end of 2025 to benefit another 17,000 households, said Yao Kai, director of the city's Housing and Urban-rural Development Commission.

The city's ongoing Jiugai campaign, or renovation of old residential communities, has become the primary solution to improve living conditions, remove shantytowns and redevelop the region to help spur the city's economic growth.

Residents have a choice of moving to designated housing on the outskirts of the city, such as in Songjiang and Qingpu districts or towns in the Pudong New Area, or to purchase their own properties with subsidies from the government.

Since 2017, Shanghai has largely adjusted its renovation strategy from mainly demolition to preservation and renovation.

"The main principle is to deepen the urban renewal process, strengthen the protection of historical buildings while improving the living conditions of residents," Yao told a press conference on Wednesday. 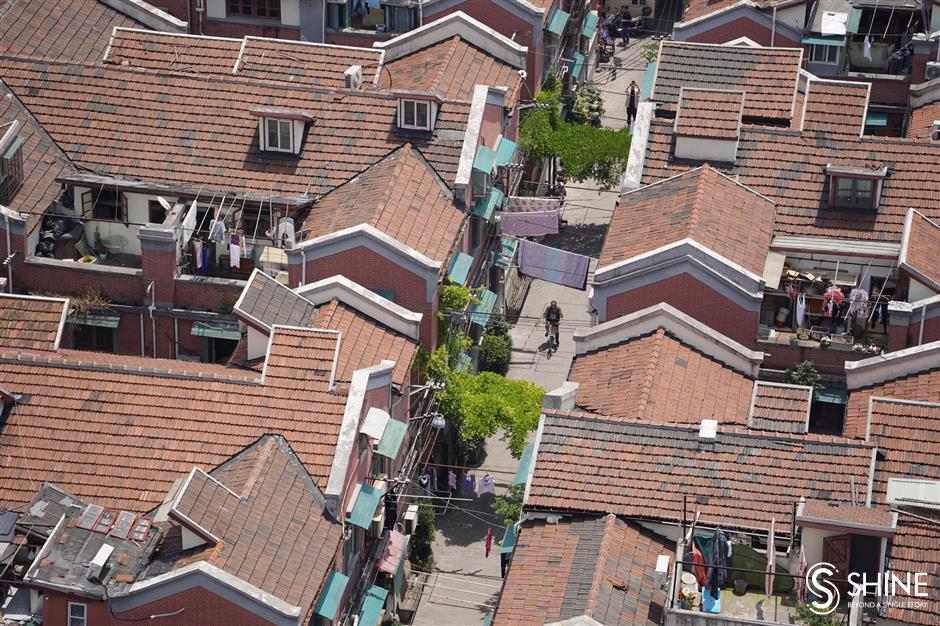 An old community in Huangpu District.

Some 84 percent of lane-style buildings in old communities being renovated are historical structures, or built over 50 years ago. Most are in the city's dozen historical conservation zones, said Bai Xueru, deputy director of the city's urban planning authority.

About 6.5 percent of old residential buildings are under protective status. For the rest, the authority will mainly preserve appearance and layouts to be the basis of the historical appearance of Shanghai's urban space, said Bai.

Planning for the historical buildings is being conducted along with the renovation campaign. Customized plans will be made for each of the historical neighborhoods.

They can be preserved, revamped or rebuilt to balance economic and social matters as well as public welfare, Bai said.

The main projects to be preserved include Zhangyuan Garden in Jing'an District, the city's old town and Jinling Road in Huangpu as well as the North Bund in Hongkou.

The Zhangyuan project is a 46,000-square-meter residential compound with about 170 historical buildings in a variety of styles, from shikumen (stone-gate) structures to garden villas. All the residents have moved out while the buildings are preserved to retain their authentic Shanghai flavor. 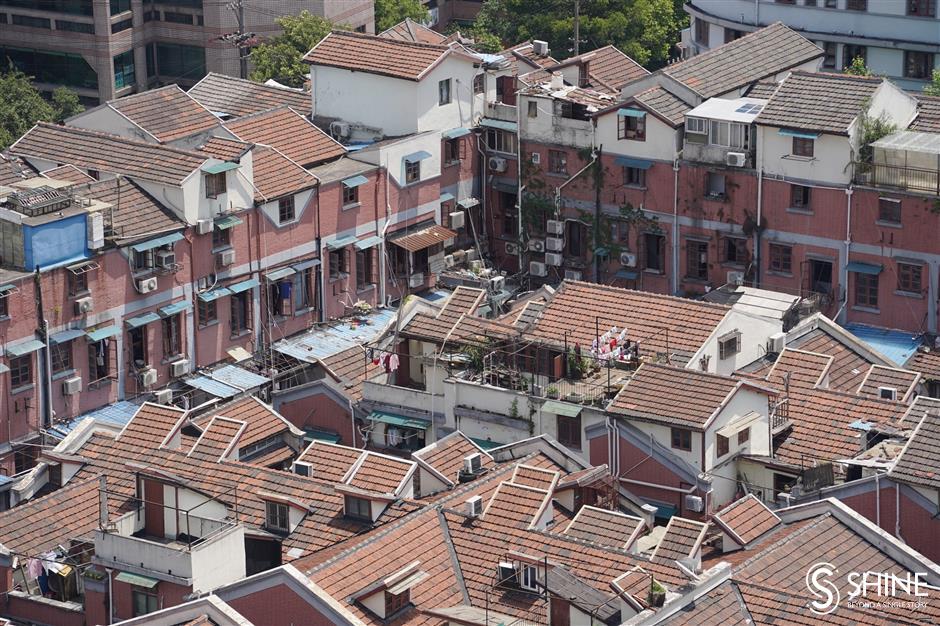 Most old downtown neighborhoods featured shared facilities such as bathrooms and kitchens.

The North Bund has relocated some 14,000 households from derelict residential houses since May 2020 to give way to the new round of development on the waterfront region, the new engine for Shanghai's future development, said Zhou Rong, deputy director of Hongkou.

Yangpu District aims to relocate all remaining 15,000 households living in old houses by the end of 2021, said Xu Jianhua, the district's deputy director. All the scattered old residential communities in the riverside region, which is known as the birthplace of China's modern industries, will also be revamped.

Huangpu has the largest area of decrepit lane-style neighborhoods, covering around 2 million square meters with about 30,000 families living in them at the end last year, according to Hong Jiliang, Huangpu's deputy director.

The houses have cramped living spaces and shared bathrooms and kitchens. Some residents still use chamber pots.

Most of the neighborhoods are in the downtown historical conservation zone and feature the city's unique shikumen houses, as well as traditional lane-style houses under protective status.

The Huangpu government plans to finish renovating all level-2 lane-style houses, those in the worst conditions that lack private toilets and kitchens, by the end of 2023. Most of the vacated houses will be preserved, especially those in the Bund, Xintiandi, north Huangpu and beside Suzhou Creek. 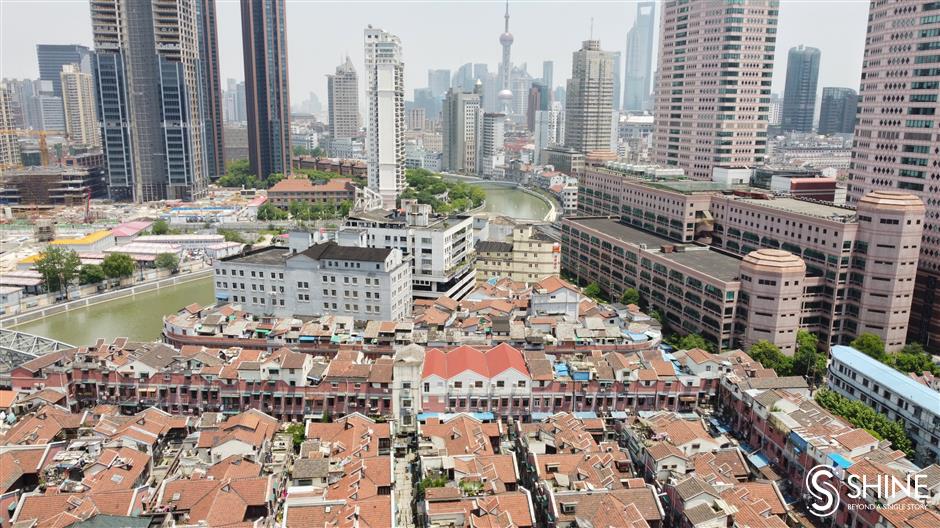 Most of the historical neighborhoods will be preserved after residents are relocated.