A taste of Yunnan Province in downtown Shanghai

A craftswoman from Yunnan shows off her skills at the Yuyuan Garden scenic area. 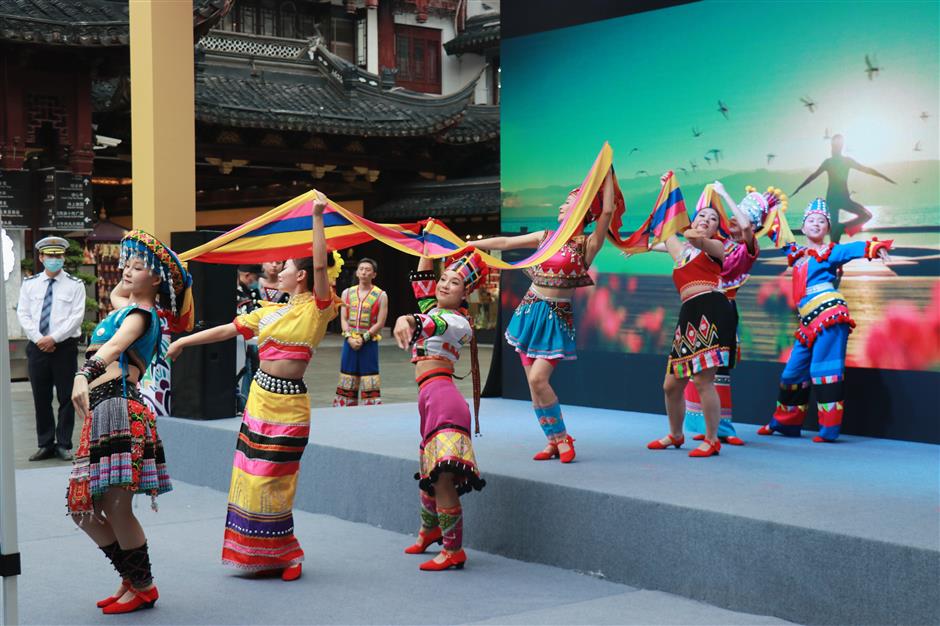 A performance with Yunnan flavor is staged at the Yuyuan Garden scenic area.

Southwest China's Yunnan Province has kicked off a five-day tourism promotion at the iconic Yuyuan Garden scenic area in Shanghai that runs through Sunday, featuring a display of porcelain works, performances and an intangible cultural heritage showcase. 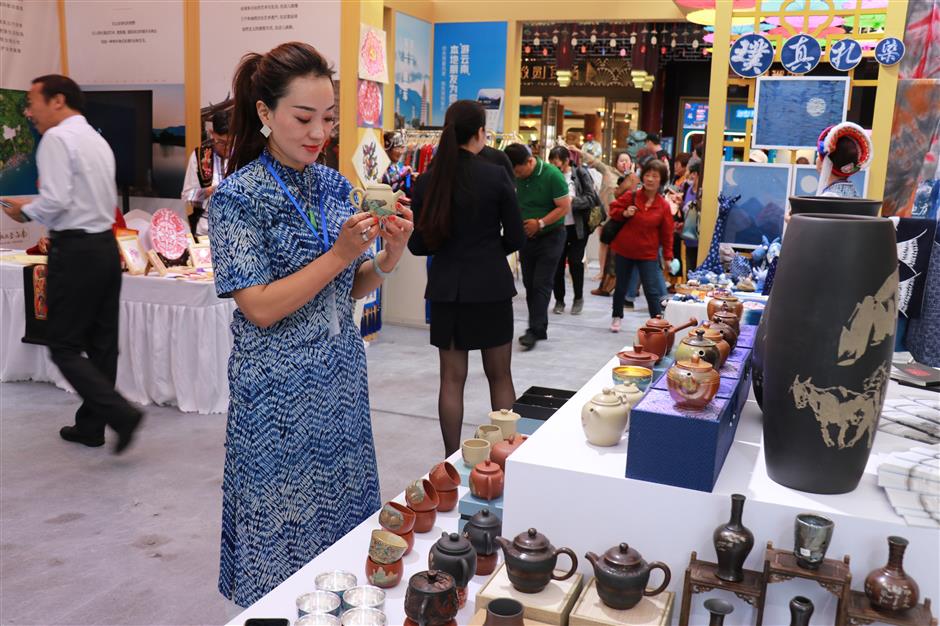 A visitor checks out teapots from Yunnan. 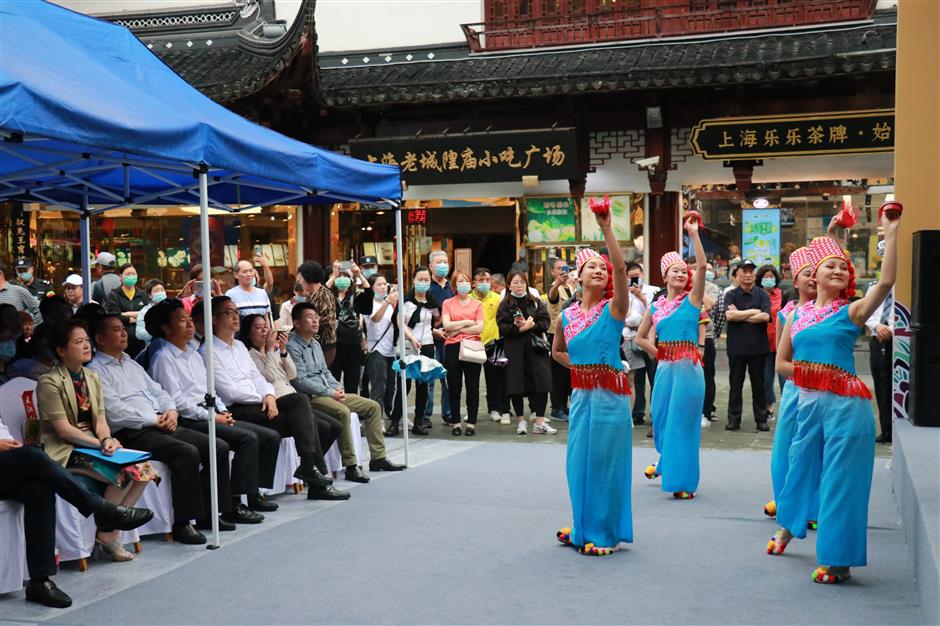 A performance at the event.

The porcelain work exhibition showcases the rich ethnic flavor and enchanting natural scenery of the province with a blend of traditional Chinese paintings.

Traditional singing and dance performances from the province will take place during the event.

Yunnan is taking a digital approach to its tourism development, and has launched a 30-day refundable policy on commodities sold to improve its tourism environment.

"Cooperation and exchanges between Shanghai and Yunnan have a long history, and their tourist resources are highly complementary with huge cooperation potential," said Zou Bo, a counselor with the Shanghai Administration of Culture and Tourism.

The promotion hosted by the Yunnan Provincial Department of Culture and Tourism enhances the friendship of Shanghai and Yunnan, as well as the cultural and tourism exchanges of the two regions, officials said. 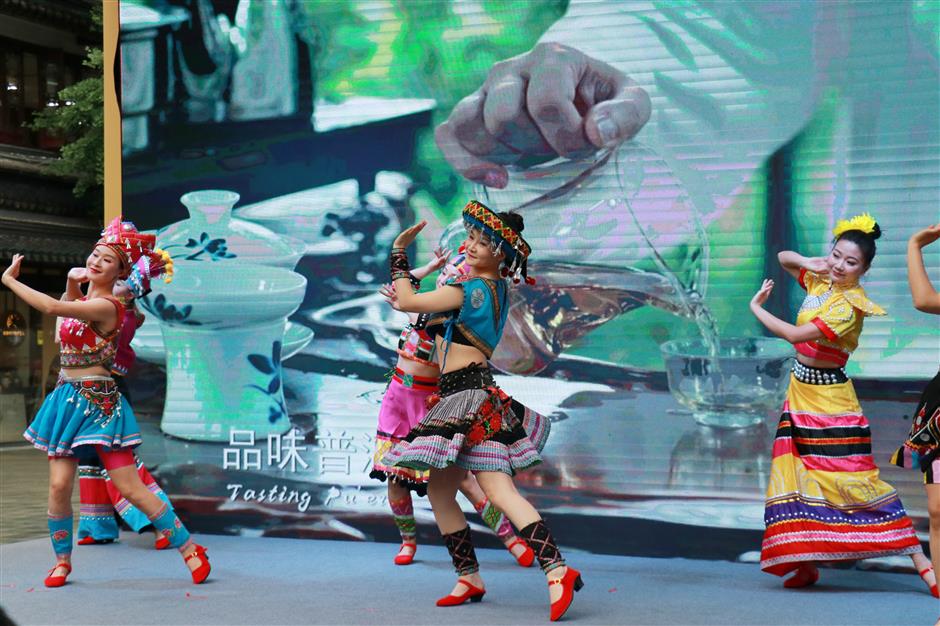 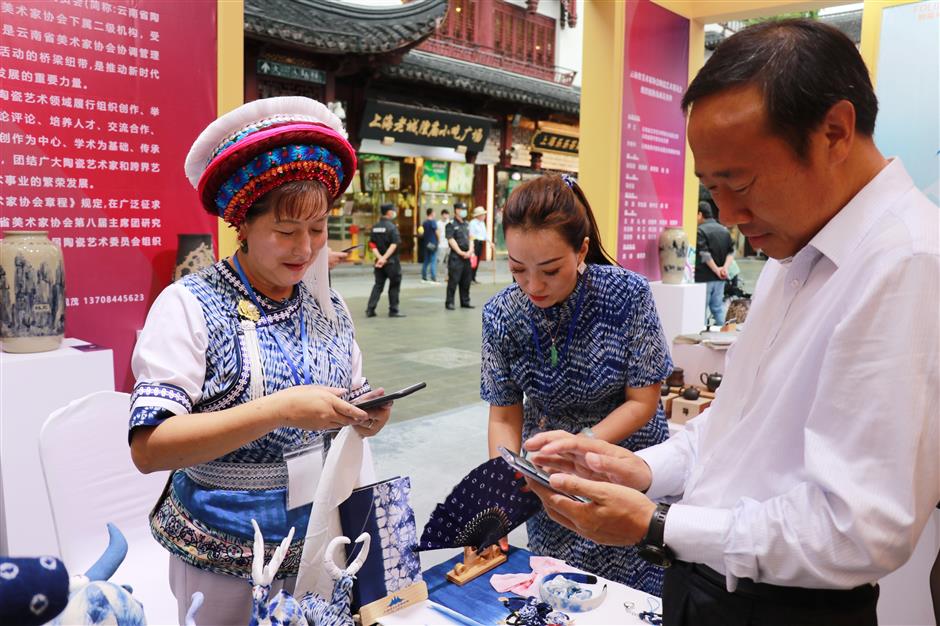