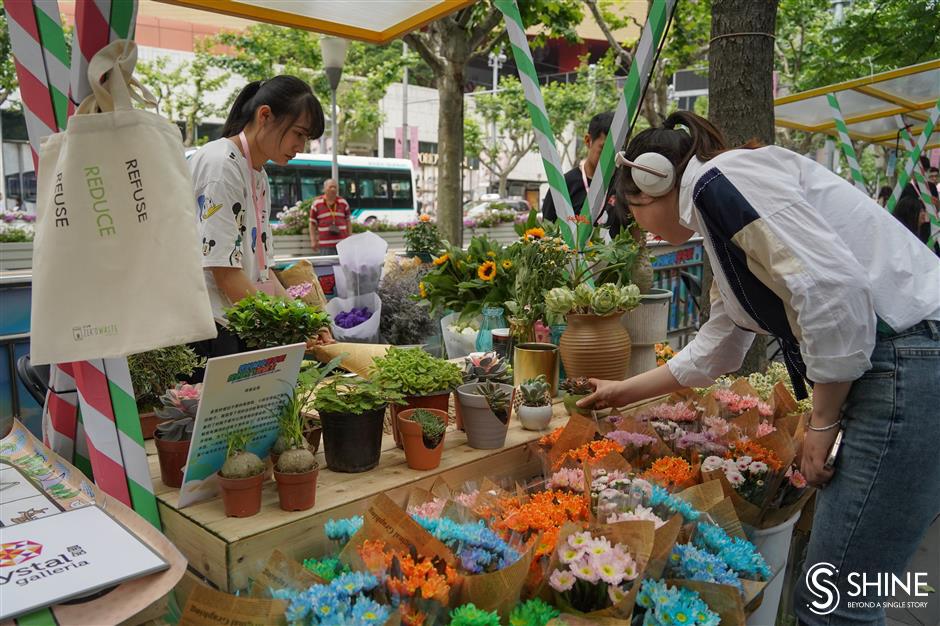 The fair featured litter bins painted with colorful graffiti and artworks made from old furniture, plastic tableware and recycled waste.

Students from Shanghai Huimin Middle School displayed a self-developed garbage-sorting board game, inspired by classic board games such as Monopoly.

Experts from the Innovation Academy for Microsatellites of the Chinese Academy of Sciences displayed a model of a carbon dioxide observatory satellite and explained carbon neutrality and peak carbon emissions. 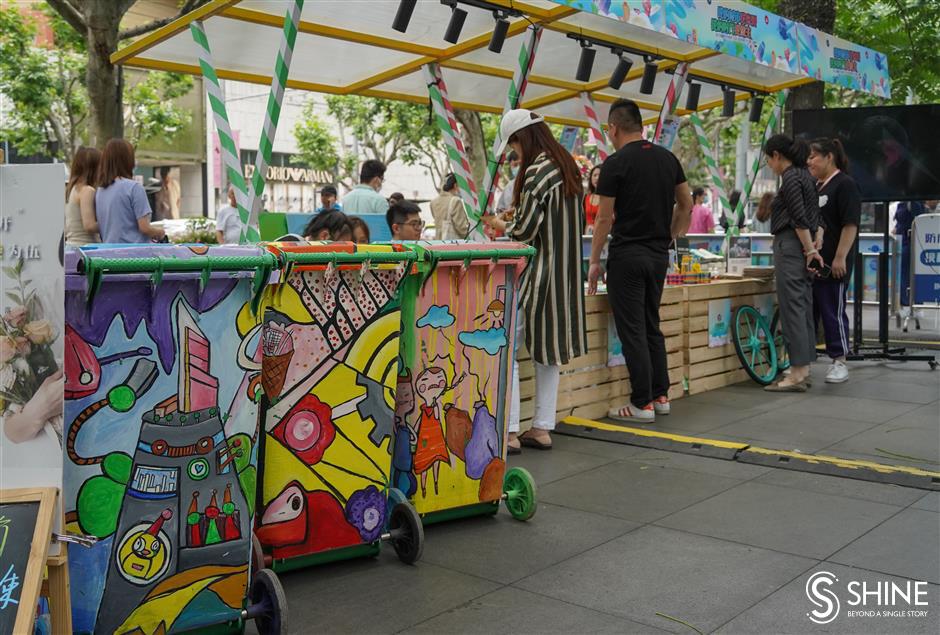 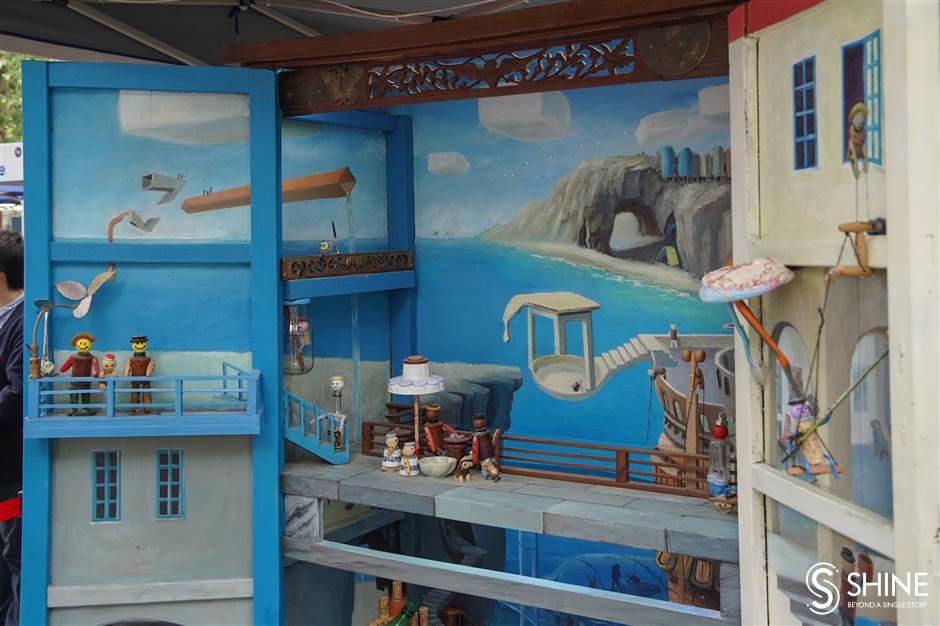 Artwork made from old furniture.